Hooks' season ticket holders were allowed into the Astros' alternate exhibition game for what the team called a "soft opening" before the season starts May 4th. 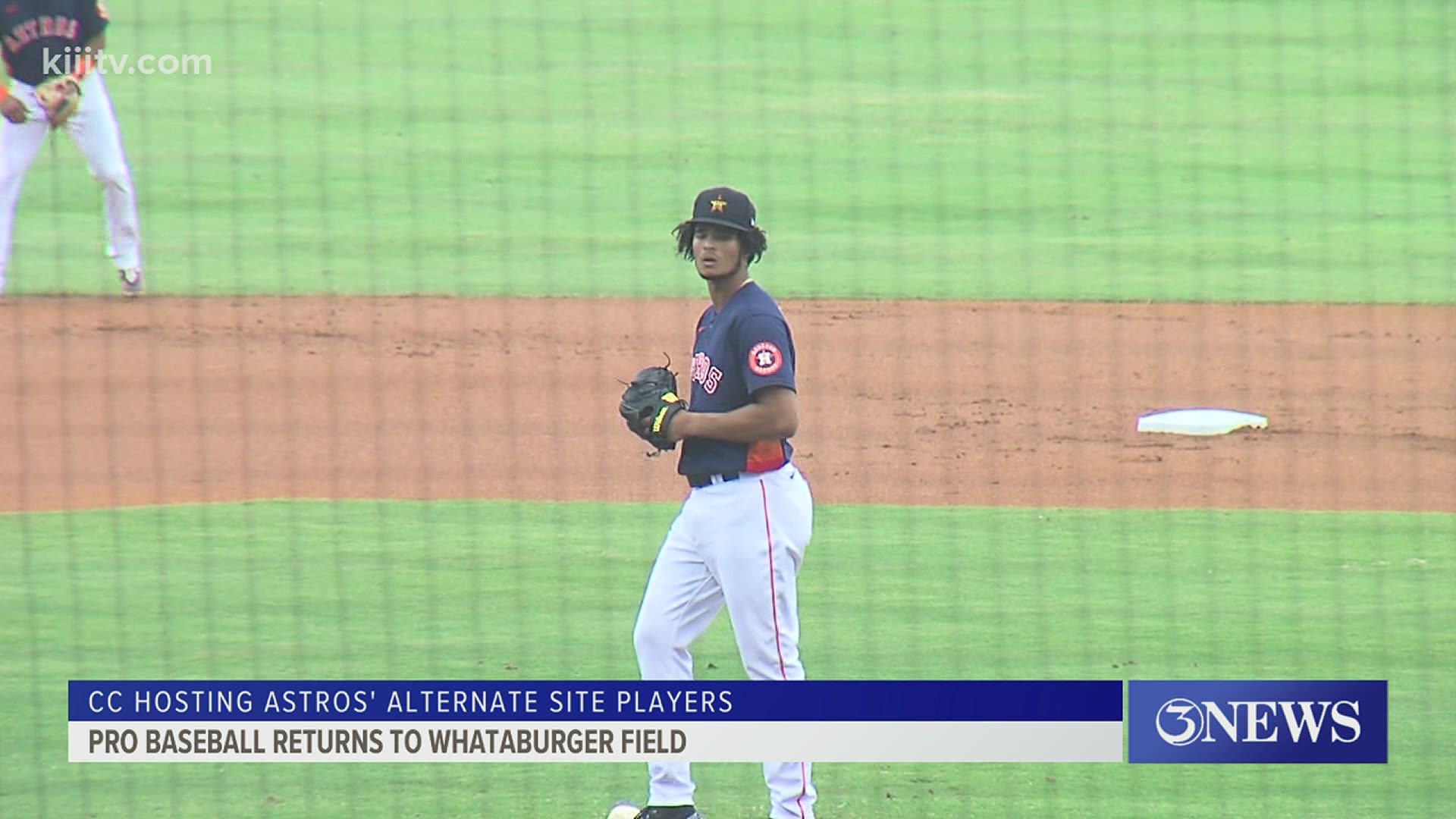 The alternate roster is comprised of mostly Triple-A players that could be called up to the big leagues. The minor league season doesn't start until May, so the players practice at their designated sites until then. The Astros' players have been practicing at Whataburger Field.

Top-10 Houston prospect Jairo Solis got the start for the Astros' alternates in the win.

Hooks season ticket holders were allowed entry into the game and will be again for Tuesday afternoon's game against the Rangers' alternates. First pitch of that game is set for 4:05 PM.

Professional baseball is back at Whataburger Field coming up for the first time since September 2, 2019.

Just like the way life used to be. And now less than a month away until the @CCHooks’ season. pic.twitter.com/J3yNS11PtN