A video on Twitter shows Beckham confronting and allegedly spanking a police officer during the Tigers' celebrations. 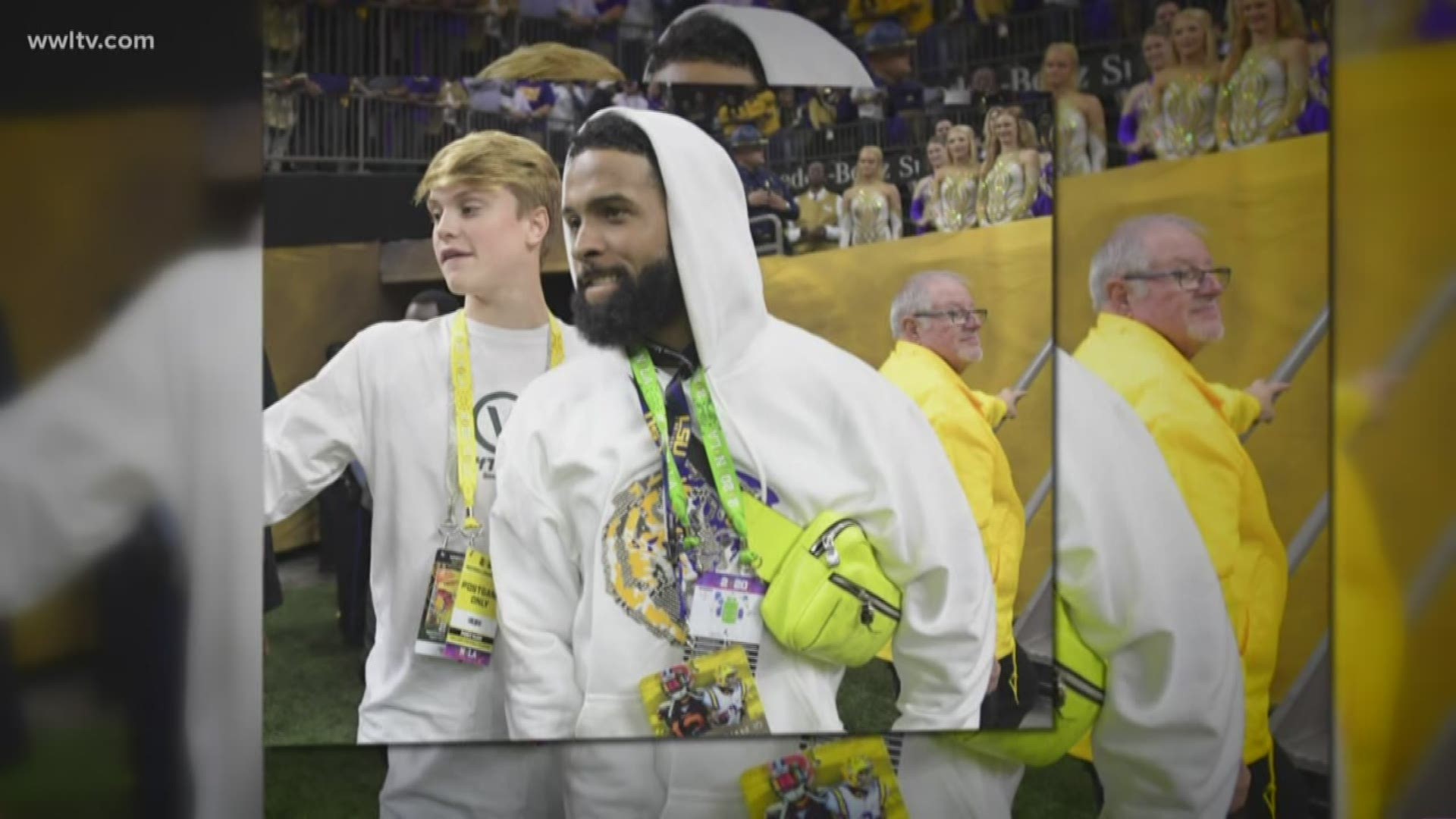 The Times-Picayune / New Orleans Advocate contributed to this report

NEW ORLEANS — There is an arrest warrant out for Cleveland Browns wide receiver Odell Beckham Jr.

The charge stems from an incident in the Tiger locker room after their National Championship victory in the Mercedes-Benz Superdome Monday night.

A sworn New Orleans police statement filed in Criminal District Court details how the stadium security lieutenant had been ordered to enforce the Superdome’s no-smoking policy when he confronted some LSU players in their locker room and asked them to extinguish their cigars.

The security officer told New Orleans police that one unspecified team member was “argumentative” at first but ultimately complied with the request. Right as that happened, the officer felt his buttocks get struck by the open hand of someone from behind.

According to police, the lieutenant momentarily “wanted to retaliate by punching the offender” – later identified as Beckham – but didn’t. He also considered arresting Beckham but decided against it “due to the jovial atmosphere of the locker room.”

The sworn statement suggests the officer later realized who had slapped his buttocks when a cellphone video of the encounter had gone viral online.

Dane Ciolino, a professor at Loyola Law School, said any unwanted touching of another person technically fits the definition of simple battery. He said just because it fits, however, doesn't mean the case will be prosecuted.

"While there's probable cause for the issuance of a warrant, I would expect and frankly hope that the DA's Office in this case would exercise it's discretion not to bring charges after all it's fairly silly," Ciolino said.

After calling police and undergoing an interview, the officer indicated that he wanted to press charges.

Though the police statement doesn't name any of the players with whom the lieutenant spoke, the clip shows an officer admonishing LSU right guard Damien Lewis before the slap.

A video on Twitter shows Beckham, 27, confronting and allegedly spanking a police officer during the Tigers' celebrations.

A spokesman for the Superdome said, "We are aware of the security guard video, at this point we have no comment."

The Browns organization issued a statement Thursday regarding the warrant, saying:

"We are aware of the incident and have been in touch with Odell and his representatives on the matter. They are cooperating with the proper authorities to appropriately address the situation."

News of the warrant comes as LSU is also investigating Beckham for allegedly handing out cash to Tigers players after the game, which could be in violation of NCAA rules.

Beckham was born in Baton Rouge and attended high school at Isidore Newman in New Orleans. He was a part of the Tigers' SEC-winning 2011 team and was named First-team all conference his senior year. He was drafted to the New York Giants 12th overall in the 2014 NFL Draft, where his first-year performance earned him Offensive Rookie of the Year.

He was traded to the Cleveland Browns in 2019.

In Louisiana, a simple battery conviction can result in a $1,000 fine or up to six months in prison.

Marlon Favorite, a former LSU defensive lineman who was on the Saints Superbowl-winning squad, said traditions like butt-slapping are common in the locker room and that it was unfortunate situation.

"I do see the violation. Every human has their right not to be violated in that way, but he was in  the locker room and that's one of those things that happen in  a locker room," Favorite said.

As for the alleged cash handouts, Favorite defended Beckham and said the issue lies with the NCCA's rules.

"We were all excited in that moment, right after, right. LSU won the national championship. It has been 12 years in the making. I think all the emotions of that one moment caught Odell as well," he said. "It's something that's got to get cleaned up with that one incident. It's just the entire NCAA changing right now."