Briles speaks for first time since hire at Mt. Vernon

The former Baylor coach met with the media for 17 minutes on Monday, as he began his first season as the head coach at Mt. Vernon 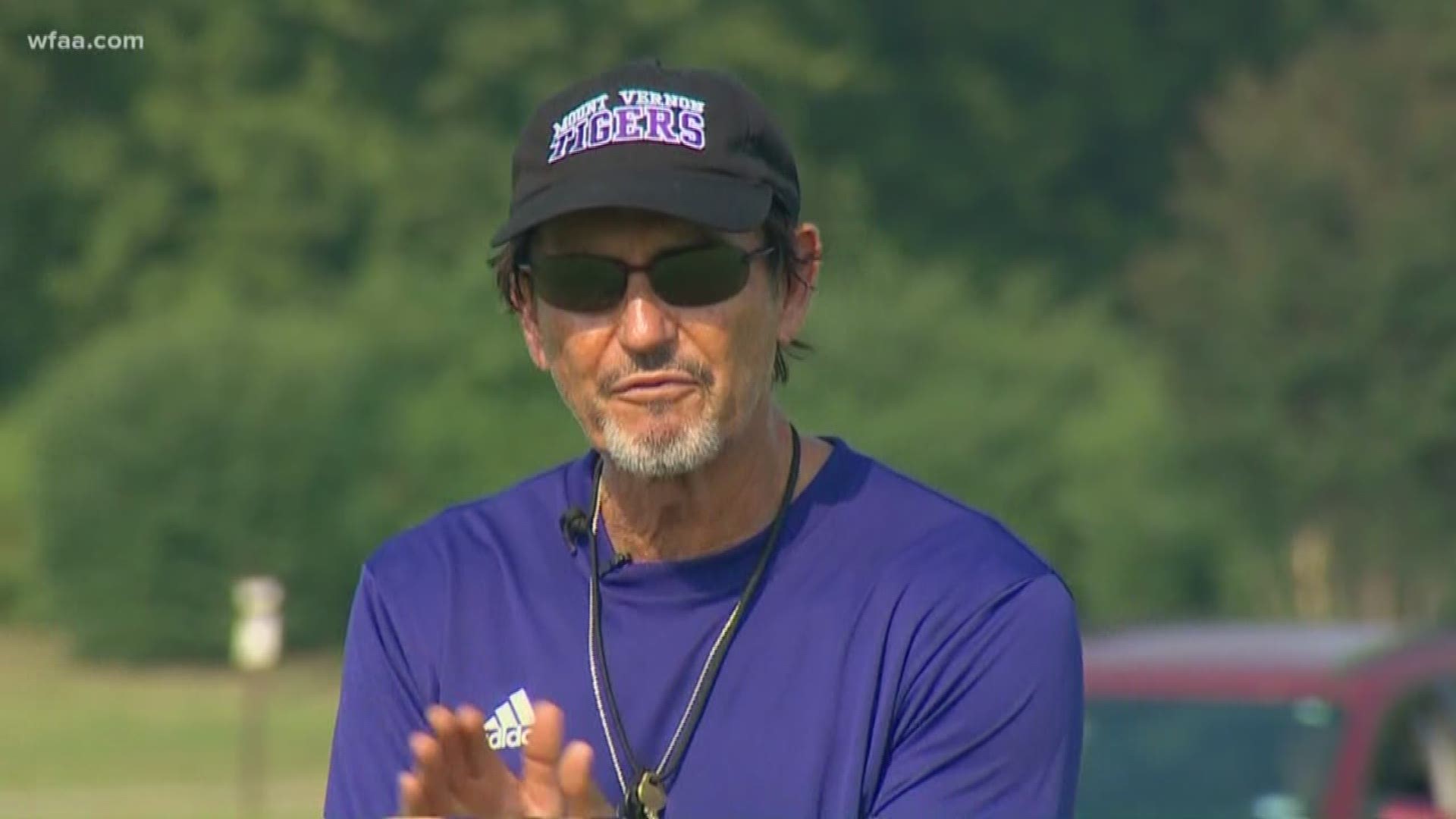 MT VERNON, Texas — Art Briles did a lot more than coach a practice in Franklin County on Monday afternoon.  He tried to, at least according to the facts as they are in his mind, set the record straight.

Briles met with the media for the first time since taking the head coaching position at Mt. Vernon High School, Monday night at around 7 o'clock.  But before he said a word, he had two documents handed out to the press that was gathered there.

The first -- a March 2017 letter from Baylor legal counsel Christopher Holmes -- has been reported on, but scarcely.

The letter from Holmes lays out Baylor's current position on Briles, saying "at this time, we are unaware of any situation where you personally had contact with anyone who directly reported to you being the victim of sexual assault or that you directly discouraged the victim of an alleged sexual assault from reporting to law enforcement or University officials. Nor are we aware of any situation where you played a student athlete who had been found responsible for sexual assault."

That statement directly contradicts many commonly held beliefs about Briles involvement in the sexual assault scandal that cost him his job at Baylor.

The second document was a page-and-a-half letter from Briles attorneys, Darrell Barger and Ernest Cannon.  It outlined their position regarding Briles involvement at Baylor, and cites the Margolis-Healy report as an example of how the University's Title IX failings were already happening before the scandal took root.

For his part, Briles wasn't able to say much in detail.  When I asked if he felt like he needed to apologize to anyone, he referenced back to the letter from his attorneys.  But speaking in abstracts, Briles was able to say at least some of what he wants the world to know.

Now, you may have your mind made up about Art Briles.  You may have written him off three years ago, like most of the world did, and you don't care to hear what he has to say.  But as more information has come to light in recent years, Briles culpability has been called into some question -- or, at least, the level of his culpability has.

On Monday, Briles appeared perhaps the most contrite we've seen him thus far. He didn't apologize, as I noted above. When I asked, he said "I wish I could, I wish I could say something about it," but referred me back to the statement.

But other than that, he answered every question he was asked, and talked about how he's learned from what happened in Waco.

"I think every day you live, you learn from anything that happens," he said. "You can have all the money in the world, but you can't buy experience.  You've got to live it, taste it, feel it.  Fortunately or unfortunately, we've all had experiences, good or bad. I think some of mine are pretty well documented, and I've certainly learned from them."

Perhaps the most pointed thing Briles said was directed at the Baylor Board of Regents, and the University itself. And he didn't need to name them in order to make his point.

"I've never blamed the media at all," Briles said. "Y'all can write whatever you want, and that's your prerogative.  And I certainly appreciate that and respect that.  But you know, a lot of times, only thing people know is what they're fed."

It was abundantly clear who Briles was referencing as having done the 'feeding', as it were, back when the scandal was at it's zenith.

Briles deserved to be fired at Baylor. He was the architect of a program that had myriad problems, and as he acknowledged in the aftermath, he made mistakes, and 'the captain goes down with the ship'.  But that can be true while also recognizing that the University and its Board of Regents used Briles to be the face of a problem that was much more vast and far-reaching than Briles' football program alone.

Now, Briles is back in coaching, and charged with molding the young minds of his high school-age players.  And he's also charged with proving he deserves a second chance many thought would never come.

"Of course you have a responsibility," Briles said. "If I didn't care, I wouldn't be here.  I care about a lot of things that I would like to mention, right now, but I can't.  But that's some of my driving force, that's one of them right there.  But there's some other factors that go along with it, that I'll be able to elaborate on at a later date."