Wilson retires as the Islanders’ all-time winningest coach with 143 victories. 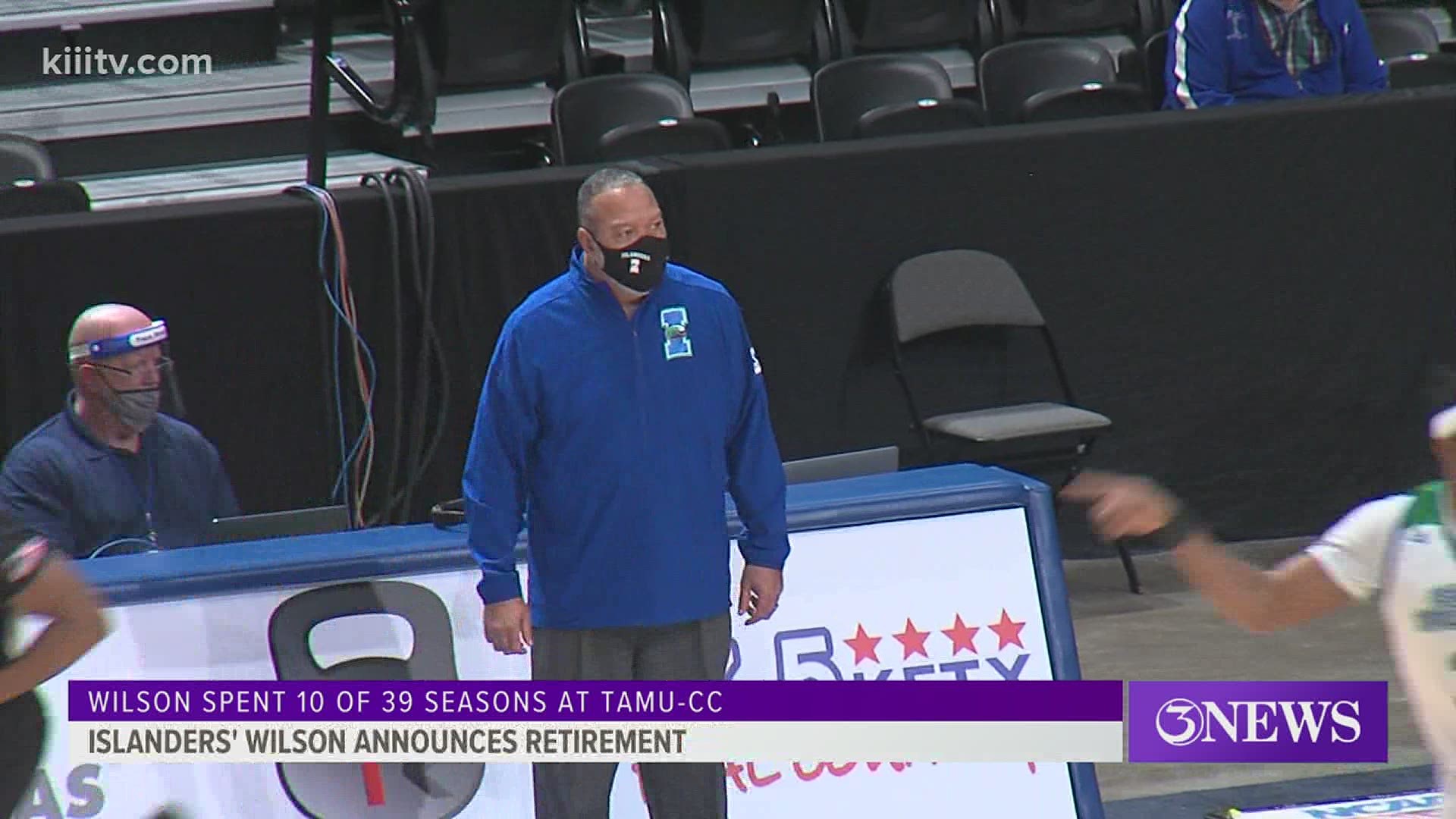 "It is with great humility and pride, today I announce my retirement from a 39-year career in the game of basketball. I have been blessed to work with players of all ages and I am proud of the relationships and friendships I've built over the years. I want to thank Texas A&M University-Corpus Christi for the opportunity to guide the men's basketball program for the past 10 seasons," Wilson said.

"Coach Wilson has been a tremendous leader, educator, and role model for Islander men's basketball student-athletes over the past ten years," said Director of Athletics Jon Palumbo. "He has valued the development of his student-athletes as young men as well as students and basketball players, and he has prioritized integrity and winning the right way. His contributions to Islanders Athletics have made a great impact on our program and I wish him well in the next phase of his life."

Wilson was awarded the Ben Jobe National Coach of the Year Award by CollegeInsider.com in 2014 as the nation's top minority head coach from the Division I College Basketball season.

Wilson will continue to serve as a special advisor to the Director of Athletics. A national search for the next head coach will begin immediately.

RELATED: TAMU-CC's mascot 'Izzy' under scrutiny after several complain it's offensive to some cultures

RELATED: More Americans have considered going back to school amid the pandemic, a recent national survey reveals