Even though the Texas Longhorns missed the Big 12 Championship in 2019, Oklahoma's win over Baylor may have a lasting impact on UT's bowl game. 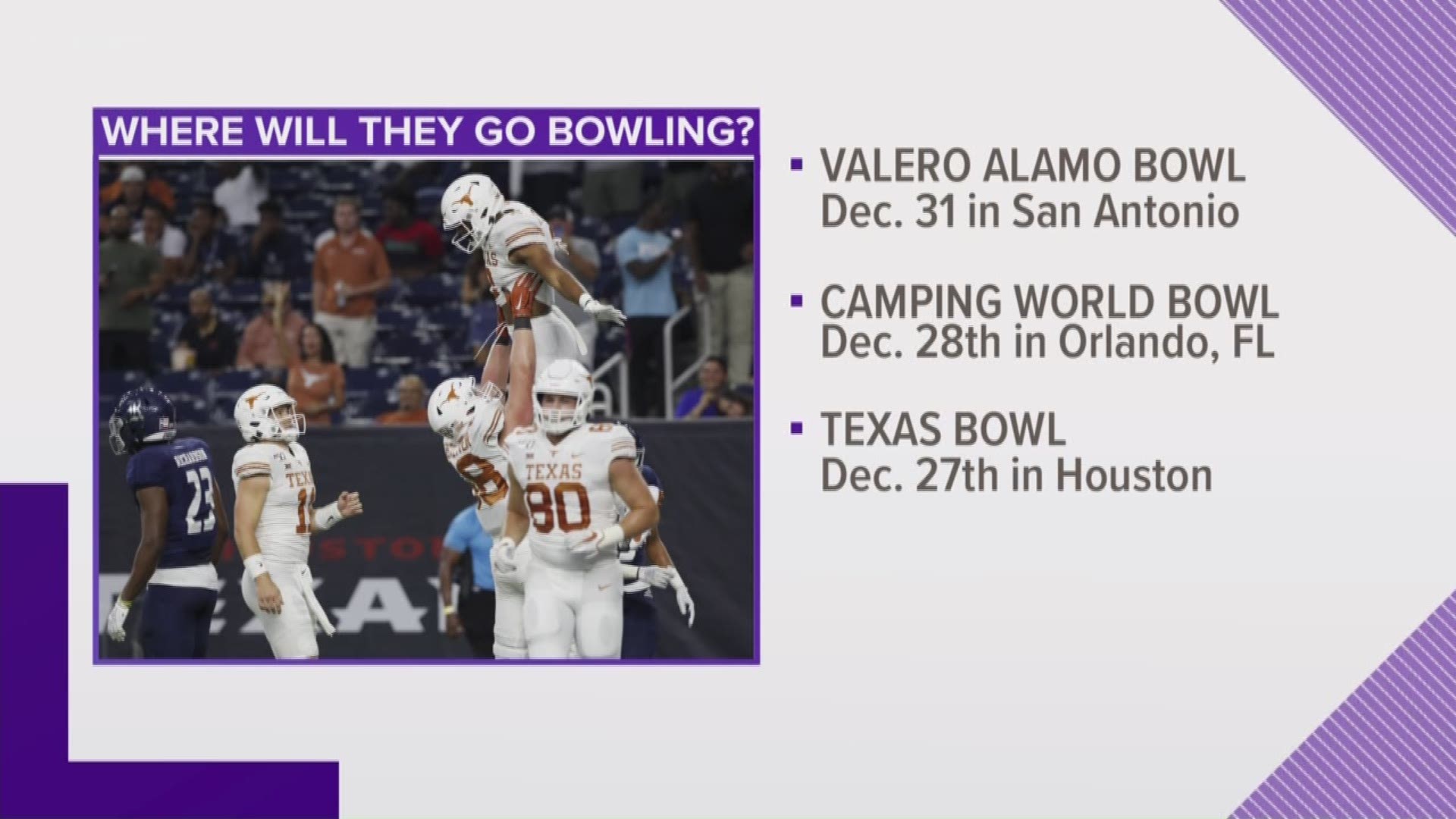 ARLINGTON, Texas — The Big 12 Championship kicked off from AT&T Stadium in Arlington, where Baylor and Oklahoma faced off in a rematch of the epic Sooners comeback in Waco earlier this season.

The result from this game will impact the college football landscape in a handful of ways. After defeating Baylor 30-23 in overtime, Oklahoma will have a legitimate shot at the last spot of the College Football Playoff after Utah's loss to Oregon.

However, if Georgia beats LSU in the SEC Championship game, everything stated after this may be a moot point. It would be hard to kick out a one-loss LSU after its dominating performances this season.

But ... with the assumption that Georgia loses to LSU in the SEC Championship game, here is why paying close attention to the Big 12 Championship is important for all the other Big 12 bowl-eligible teams, especially Texas.

KVUE's Paul Livengood laid out the possible bowl games Texas could be invited to, and you can read that here.

To sum it up, the Longhorns' bowl destination could very well be indirectly impacted on whether or not Oklahoma makes the College Football Playoff.

The Big 12 has a tie-in to the Sugar Bowl against the SEC, which will go to Oklahoma unless the Sooners makes the College Football Playoff. In this case, the next highest Big 12 team – i.e. Baylor – would go to the Sugar Bowl. From there, the remaining Big 12 affiliated bowl games extend invites in this order, according to the Big 12:

Otherwise, if Oklahoma for whatever reason does not make the playoff, then the Sooners will go to the Sugar Bowl and the Alamo Bowl will likely invite Baylor. Then, it's up to the Camping World Bowl in Orlando to have first dibs at the remaining four bowl-eligible teams.

The trickle down effect of the Big 12 championship game and selection for the College Football Playoff should prove prevalent for the rest of the Big 12's bowl invites.

Here's a Longhorns game day in the life of BEVO XV