'We love our Cowboys': Fans return to AT&T Stadium amid pandemic

Only a handful of teams have allowed fans to attend games so far this season. 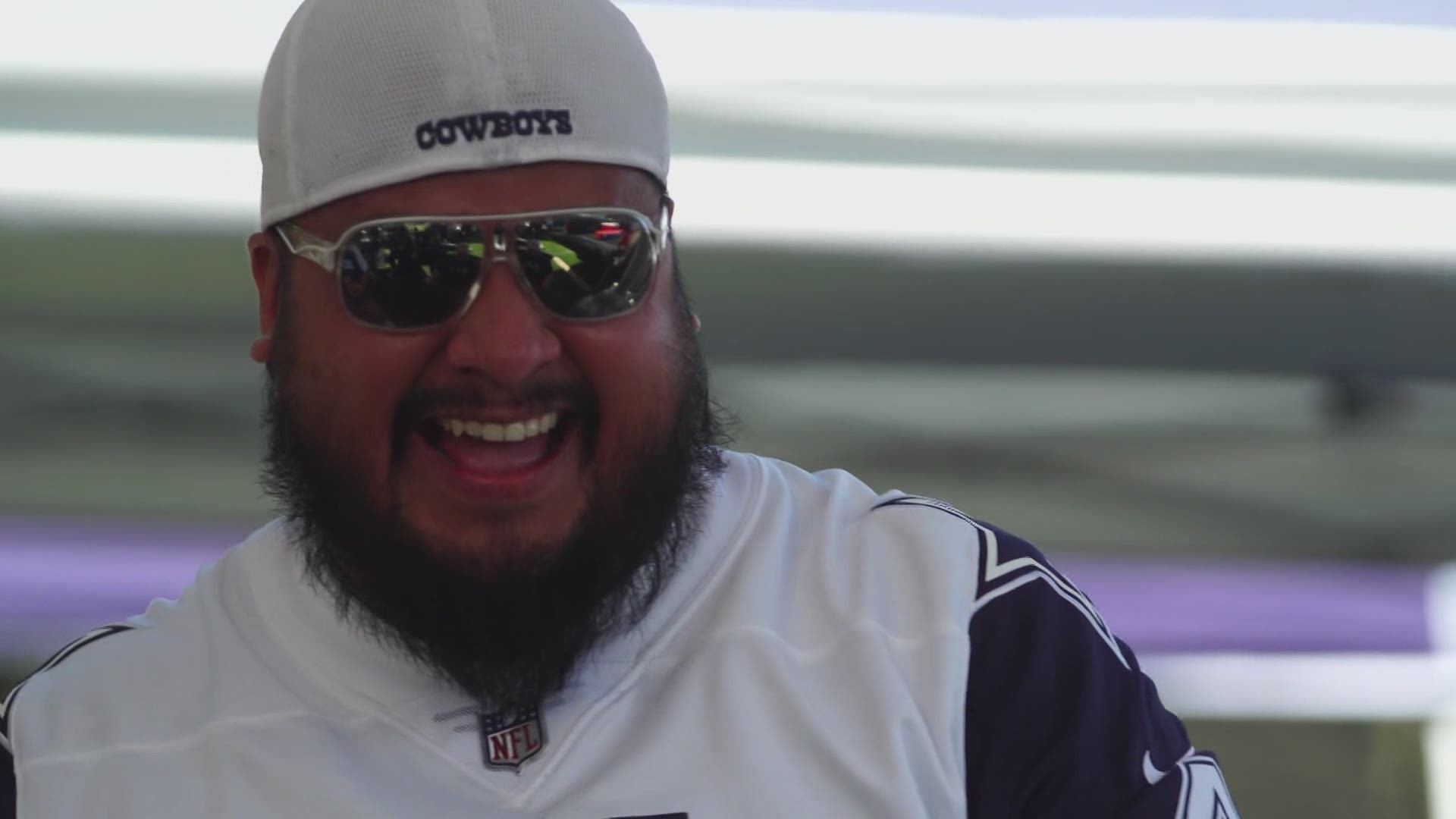 ARLINGTON, Texas — The Dallas Cowboys welcomed fans back inside AT&T Stadium Sunday for the first time since the COVID-19 pandemic began.

The team never released specifics on the number of fans allowed inside, but head coach Mike McCarthy said earlier this week, the plan was for 25% capacity, about 20,000 fans. Only a handful of other teams are doing the same.

Parking lots were far emptier than normal, with thousands of spots available even after kickoff, but devote fans like Alejandro Compian still set up early.

At the gates, event staff check for masks. In the lots, staff checked for distancing, keeping a space between each car tailgating.

Rocky Handley, a security guard, said he only had to tell a handful of groups to split up.

“If we don’t do it right for the first game, that could hurt the other teams,” he said. “The world is watching us to see how we’re doing, making sure that we’re doing right.”

But even if tailgating is distanced, meat is still packed together on grills. And even if lots are empty, they can still be loud.

For months, the season was in doubt. For those going in, it was worth the wait and the risk.

“It is what it is at this point,” Compian said. “I thought it wasn’t going to happen, but Jerry made it happen.”

There has been a positive COVID-19 case at an NFL game this season. The Kansas City Health Department announced a fan who attended the Chiefs game that kicked off the NFL season tested positive for the virus. Now the fan and 10 others are quarantining.

“I heard Jerry Jones is taking a lot of precautions to keep us safe in there, so I feel pretty safe in there,” Lori Barrientos, who was at the game, said. “It’s going to be very different. I just hope that the fans that are in there are able to provide the atmosphere that we need to win this game.”

Much of the first game felt foreign from signs to empty seats and spots, but the familiar smells, sounds and hope for a season were still present. For at least a few hours Sunday, in the middle of a global pandemic, the fans of America’s team had a reason to feel hopeful again.