The King grad and Texas A&M ace was picked in the fourth round and was the 112th selection overall. 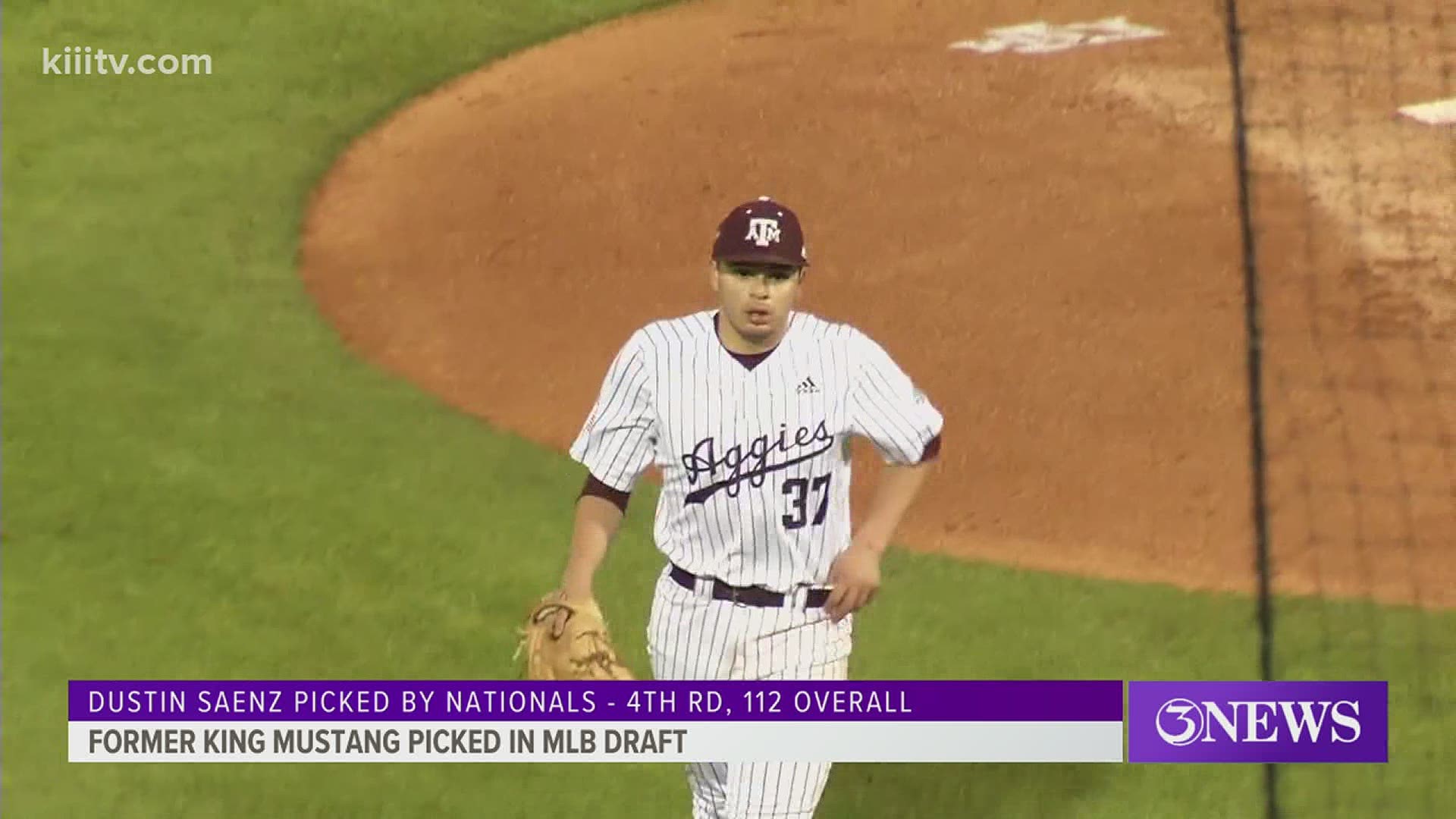 COLLEGE STATION, Texas — We have several local baseball players waiting to hear their name called in the Major League Baseball Draft and one already has as former King Mustang Dustin Saenz was selected by the Washington Nationals in the fourth round Monday.

Saenz was Texas A&M's ace this past season up in College Station, going 6-6 on the year while pitching against the SEC's best on Friday nights.

The Corpus lefty is slotted for about a $517,000 signing bonus for his slot.

The MLB Draft will wrap up Tuesday with rounds 11-20, so we'll see which other local names get called.