The Coyotes and Warriors split the district series before T-M won the second place tiebreaker game. That one gamer will be Friday at 7:30 PM at NISD in San Antonio. 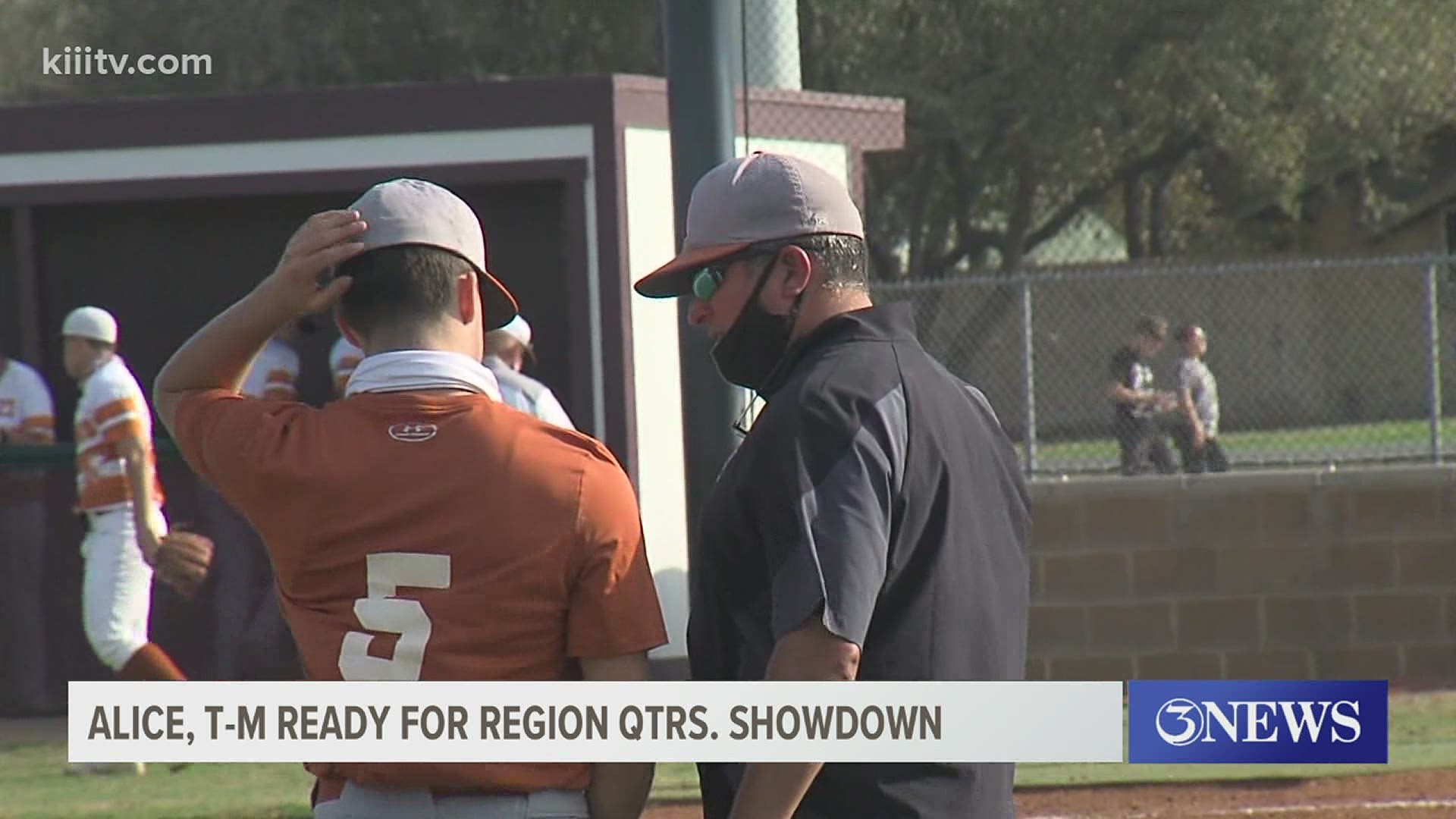 CORPUS CHRISTI, Texas — The Alice Coyotes and Tuloso-Midway Warriors have already made impressive runs in the high school baseball playoffs and they've now earned a match-up against one another in the 4A Region Quarterfinal.

The district rivals split the regular season series before T-M eventually won the second place tiebreaker against the Coyotes. T-M has already made program history by reaching the third round for the first time while Alice is in the region quarterfinal for the first time since 2009.

The two Coastal Bend foes will play a one-game playoff Friday at 7:30 PM at Northside ISD's Hardin Complex (Field #2) in San Antonio. The game was originally set to be played in Alice before weather forced the move.