The senior star has been contributing to Flour Bluff's success on the court for four years. 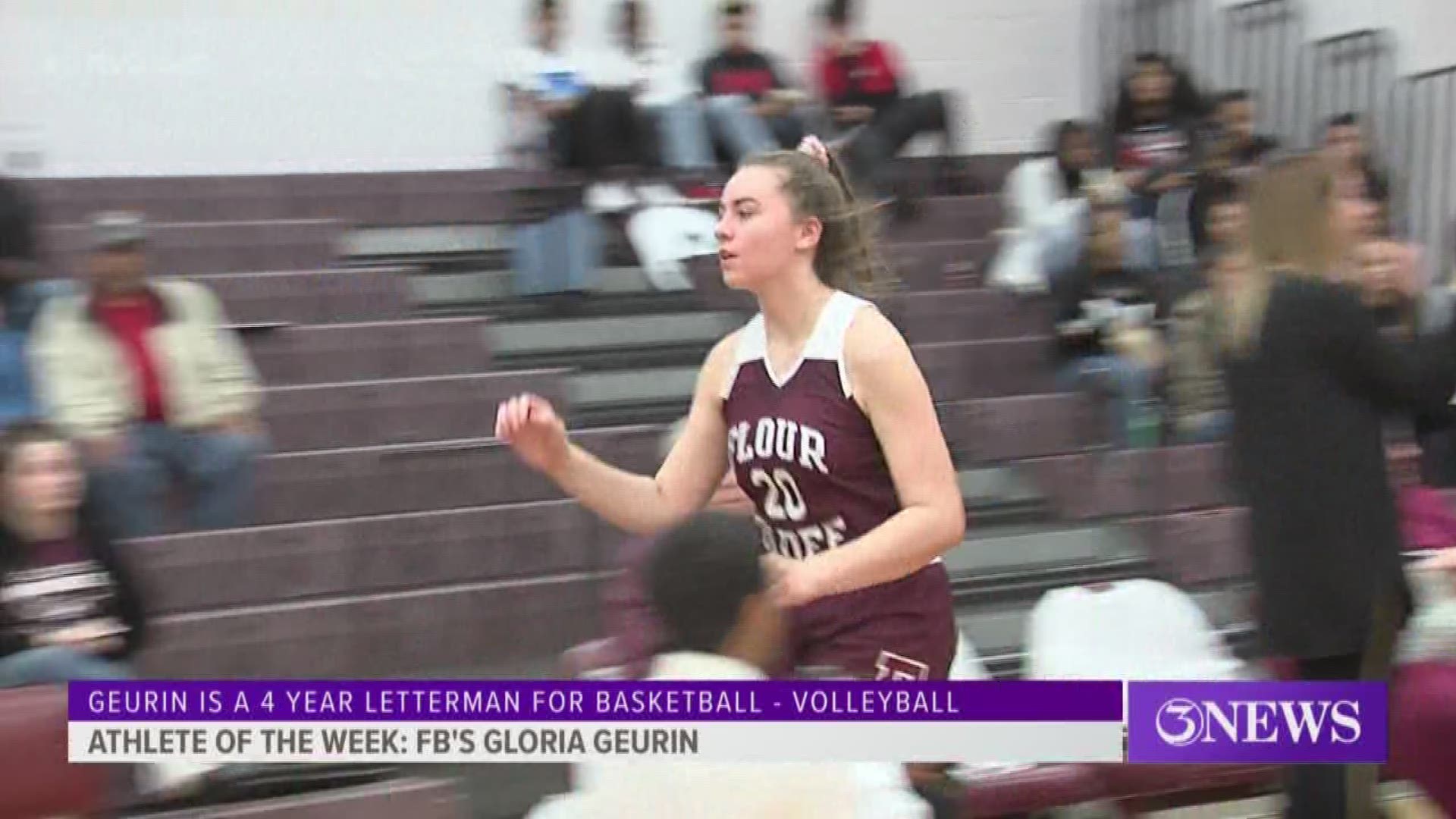 CORPUS CHRISTI, Texas — It's fitting with girls basketball playoffs starting this week that we had a star player from a playoff team in for Athlete of the Week!

Flour Bluff's Gloria Guerin is our 3News Athlete of the Week! The senior star has been contributing to Flour Bluff's success on the court for years. A four year letterman in basketball and volleyball! For basketball, she's been a key part to the team making deep runs in the playoffs the past three years and was named the Roy Williams Holiday Tournament MVP twice.

In Geurin's high school basketball career the Lady Hornets have made a trip to state and reached the regional tournament twice. Today, we talked about the standard she has been a part of setting at Flour Bluff for girls basketball and how they don't overlook teams with the playoffs looming.

On top of her accomplishments in basketball, Gloria is also a volleyball star earning 1st team All South Texas honors. She gets it done in the classroom as well, earning All-state Academics with a 3.9 GPA. She plans to go to college after high school to become a nurse.

Flour Bluff is set to face Victoria West in the first round of the playoffs on Tuesday night at 6 PM in Woodsboro.