Athlete of the Week: Premont's Jordan Gonzalez and Trey Davila

We had a pair of teammates earning this week's Athlete of the Week honor! 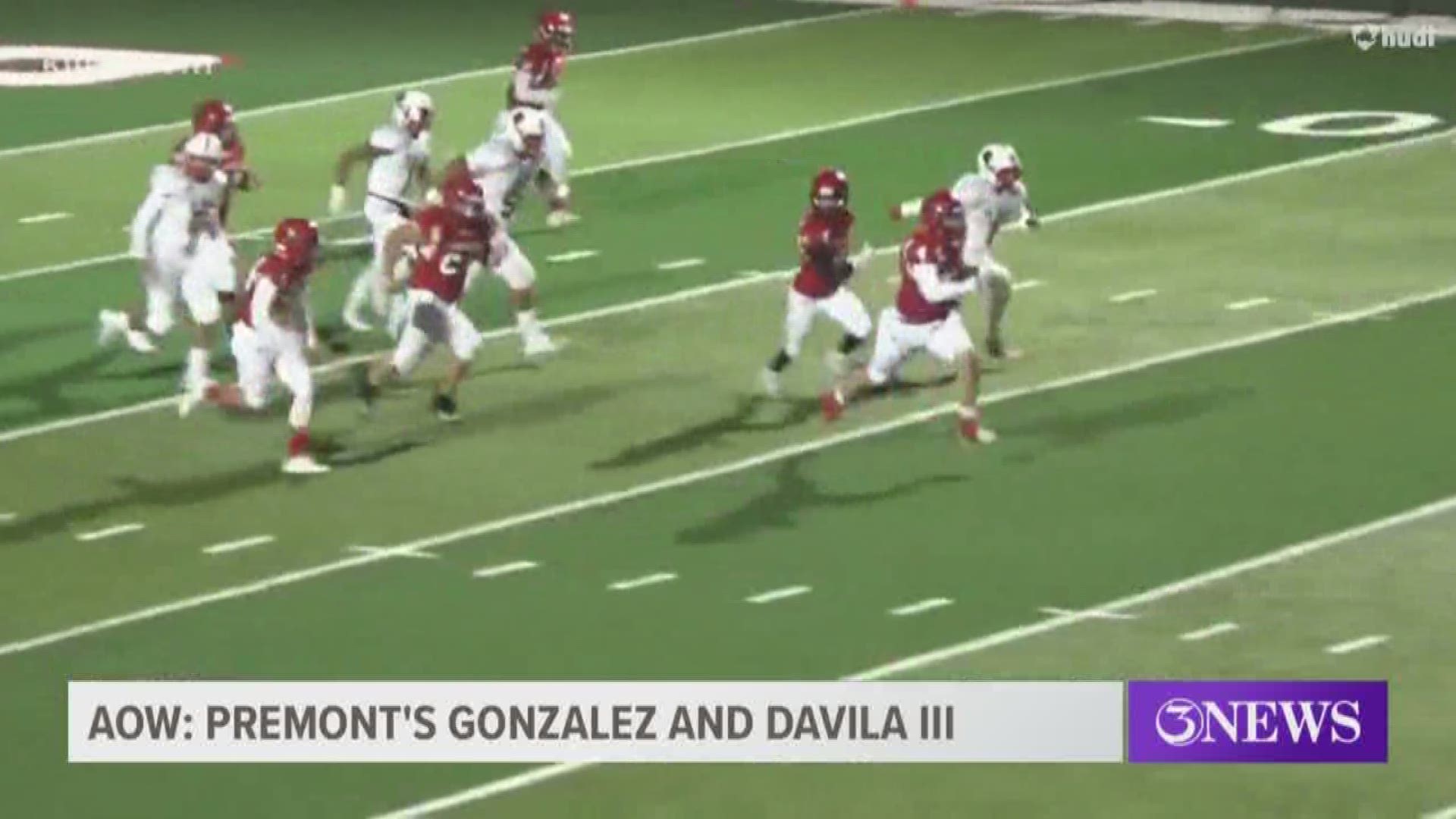 CORPUS CHRISTI, Texas — We had a pair of teammates earning this week's Athlete of the Week honor!

Premont's Jordan Gonzalez and Trey Davila are this week's recipients! Both played key roles on the offensive and defensive side of the ball. Gonzalez as an edge rusher and a back in the slot-t offense, Davila as a running back and safety.

Both were instrumental in the Cowboys first trip to the playoffs since bringing the football program back.

Gonzalez had a big game in the Cowboys final regular season win over La Villa scoring all three touchdowns helping clinch a trip to the playoffs.

On the season, Davila had over 1,000 yards rushing and 12 touchdowns.

Premont's season came to an end on Friday in a loss to La Pryor in the first round of the playoffs, but, certainly a year these two can hang their hats on. Congrats to both!