Premont's Lukas Rogers is our 3News Athlete of the Week! 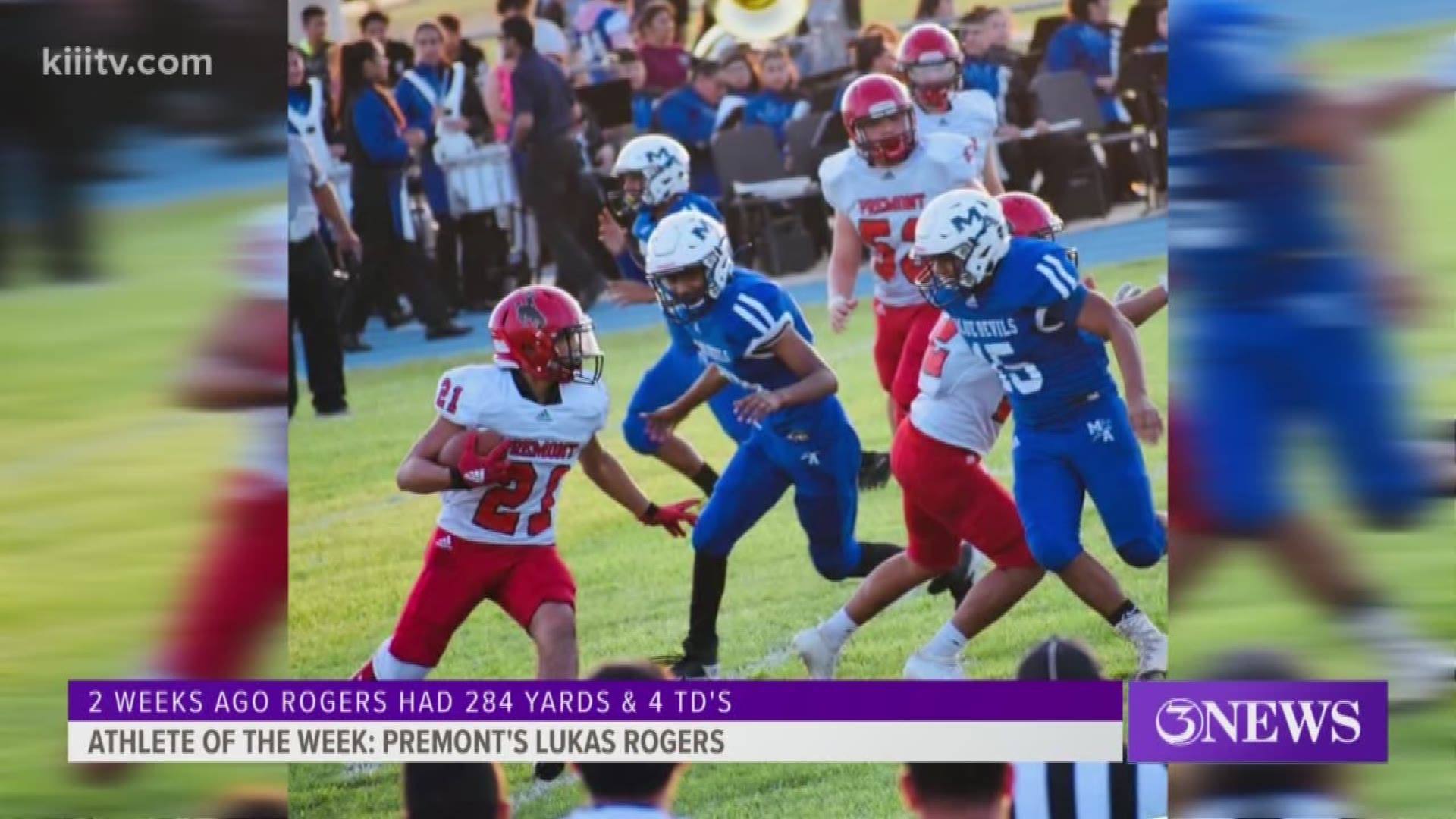 CORPUS CHRISTI, Texas — Premont's Lukas Rogers is our 3News Athlete of the Week!

Rogers is ballin' out this football season, in week four he led all area running back's in rushing yards with 284 and he found the end-zone four times! That was all in a win over Marine Military in Harlingen.

Last week, Rogers followed that performance up with two touchdowns in a hard fought game against Ben Bolt that the Cowboys dropped by a point. While the end result was a loss, Rogers and the Cowboys found a positive in going down to the wire with the Badgers. They now believe they are a team that can compete this season and will find their way into the playoffs.

Premont will look to get back to .500 on the season this Friday with a matchup against Benavides.