We had a Three Rivers Bulldog in the house today for our 3News Athlete of the Week! 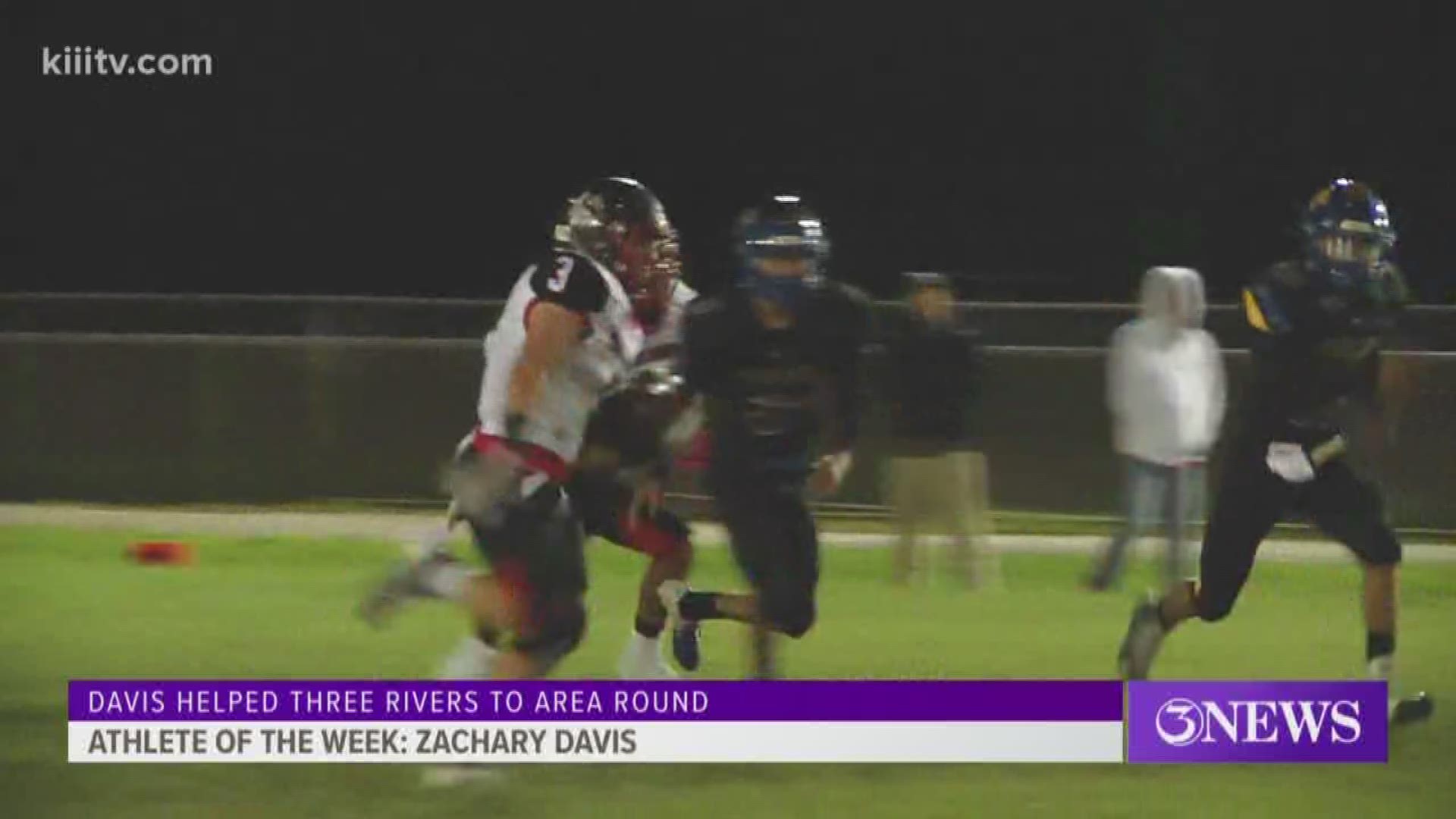 CORPUS CHRISTI, Texas — We had a Three Rivers Bulldog in the house today for our 3News Athlete of the Week! Zachary Davis is this week's recipient!

Davis is a sophomore at Three Rivers, but he certainly didn't play like an underclassmen this year. Davis racked up over 1,000 yards rushing and over 1,500 all-purpose yards. He made a trip to the end-zone double-digit times as well. To make things even more impressive, he plays on both sides of the ball, excelling as a defensive back where he earned All-District honors last season.

Zachary helped Three Rivers have quite the 2019 season, one where it finished second place in the district and made a trip to the area round of the playoffs.

Three Rivers did fall to Holland this past week, so now Davis is prepping for basketball, baseball and track and field, he's a four sport athlete!