We had a multi-sport star from Tuloso-Midway in for our 3News Athlete of the Week today! Jordyn Torre is this week's recipient! 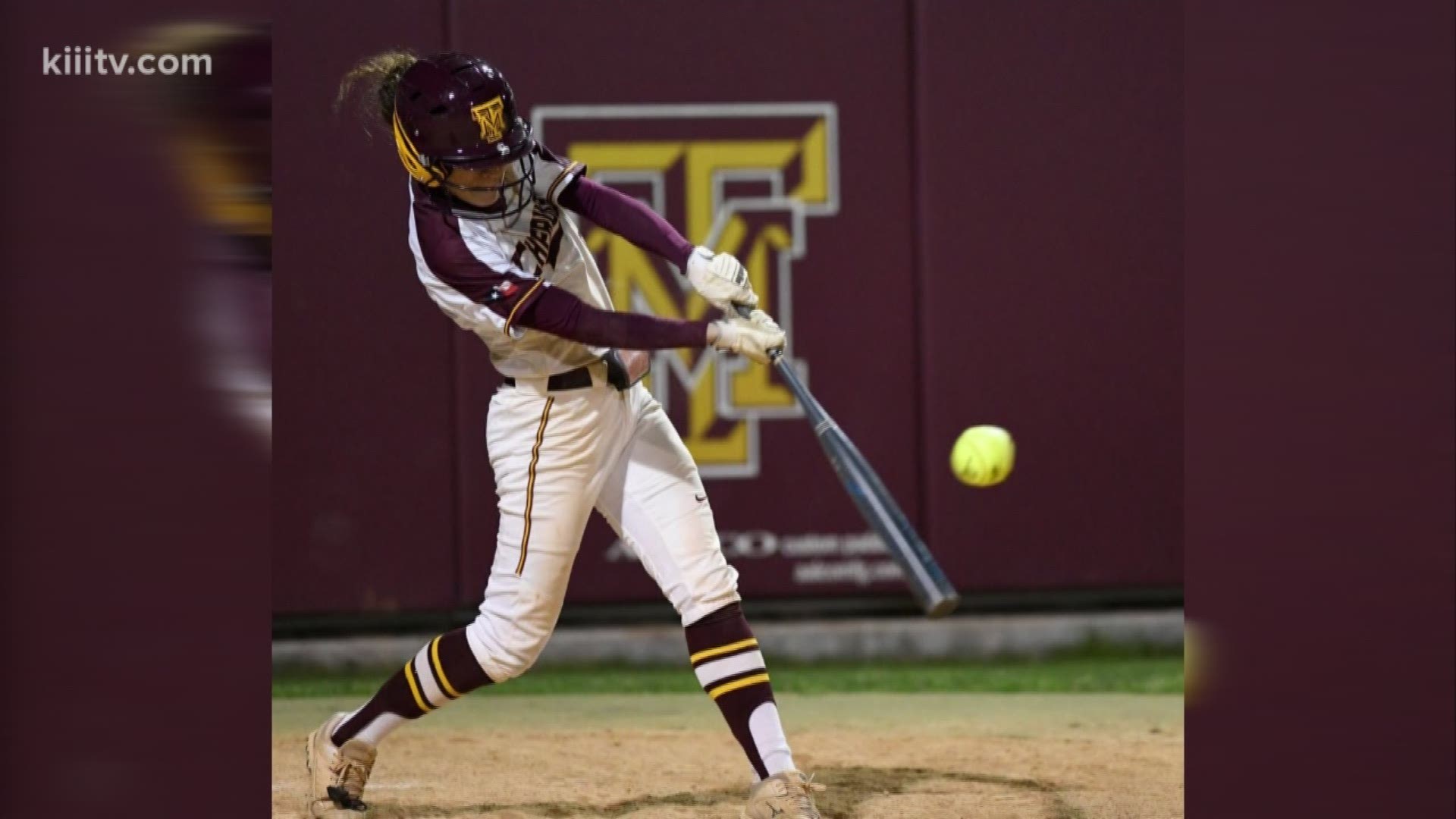 CORPUS CHRISTI, Texas — We had a multi-sport star from Tuloso-Midway in for our 3News Athlete of the Week today! Jordyn Torre is this week's recipient! Torre is in the middle of two season's right now, she's T-M softball's shortstop and also a sprinter for the track and field team. Both teams are looking as if they will make a push into the postseason, which is a goal that she set out for at the beginning of the year. On the diamond Jordyn is tearing it up in 2019, she's hitting .554 This season!! A big bat in the middle of the Cherokees lineup who are looking to finish the season strong. Torre told me that the team's original goal of winning the District has been changed a bit now that the season has taken shape, but her eyes are on finishing the regular season strong and getting the team momentum as they head into the playoffs.