Calallen baseball drops to 4A, opens as #1

The 'Cats are on a mission to bring home the program's first state title since 2008. 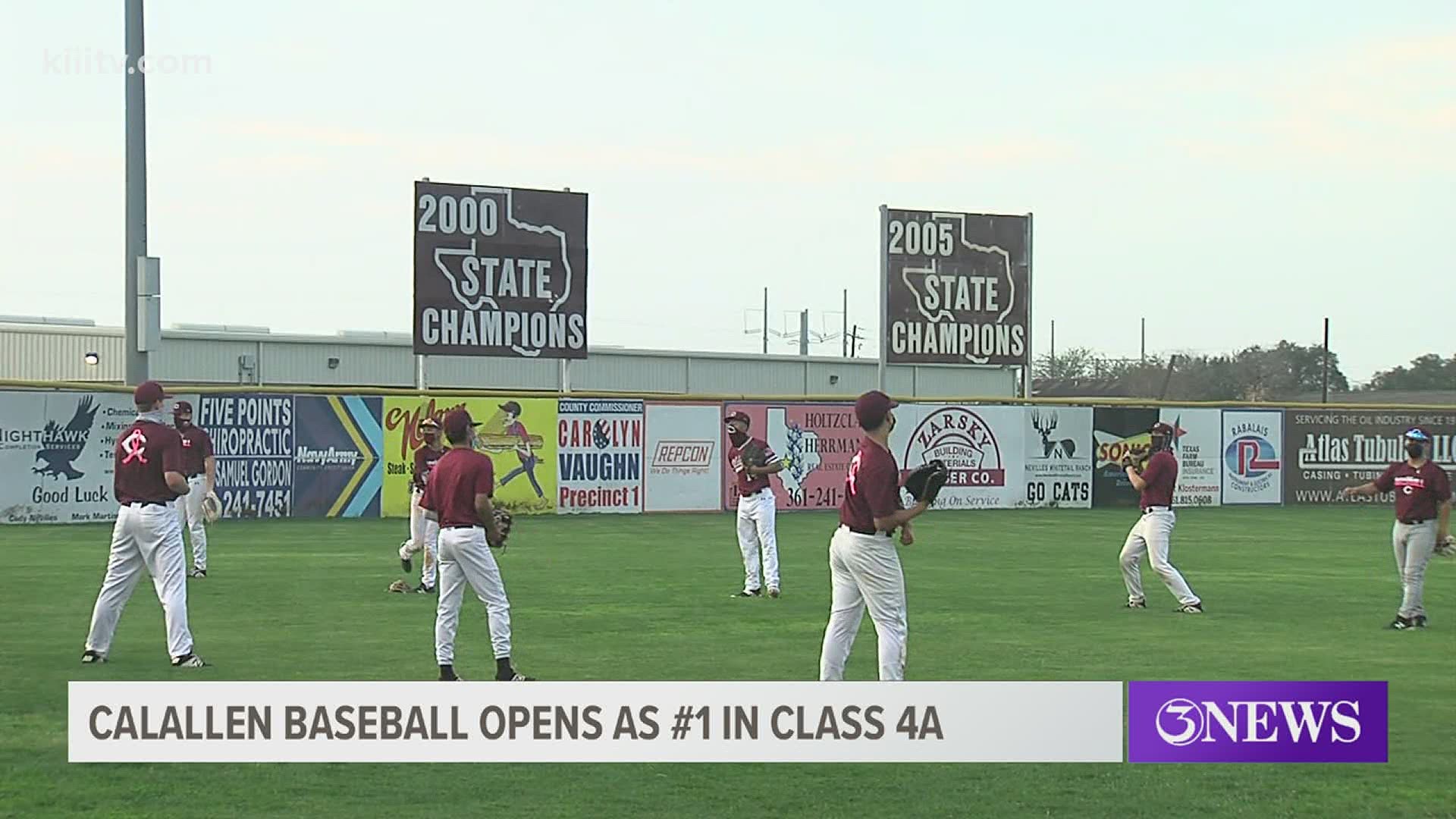 CORPUS CHRISTI, Texas — The Calallen Wildcats find themselves in a familiar spot atop the preseason rankings, but in an unfamiliar Class 4A.

The 'Cats will open as the top-ranked team in the coaches' poll after returning the majority of their starters from the COVID-shortened 2020 season. Coach Chapman says despite needing to find some pitching depth, the expectation is the same as it is every season: hanging a fourth state champions sign out in the outfield.