The Lady 'Cats will have a second straight opportunity to bring home their first title. 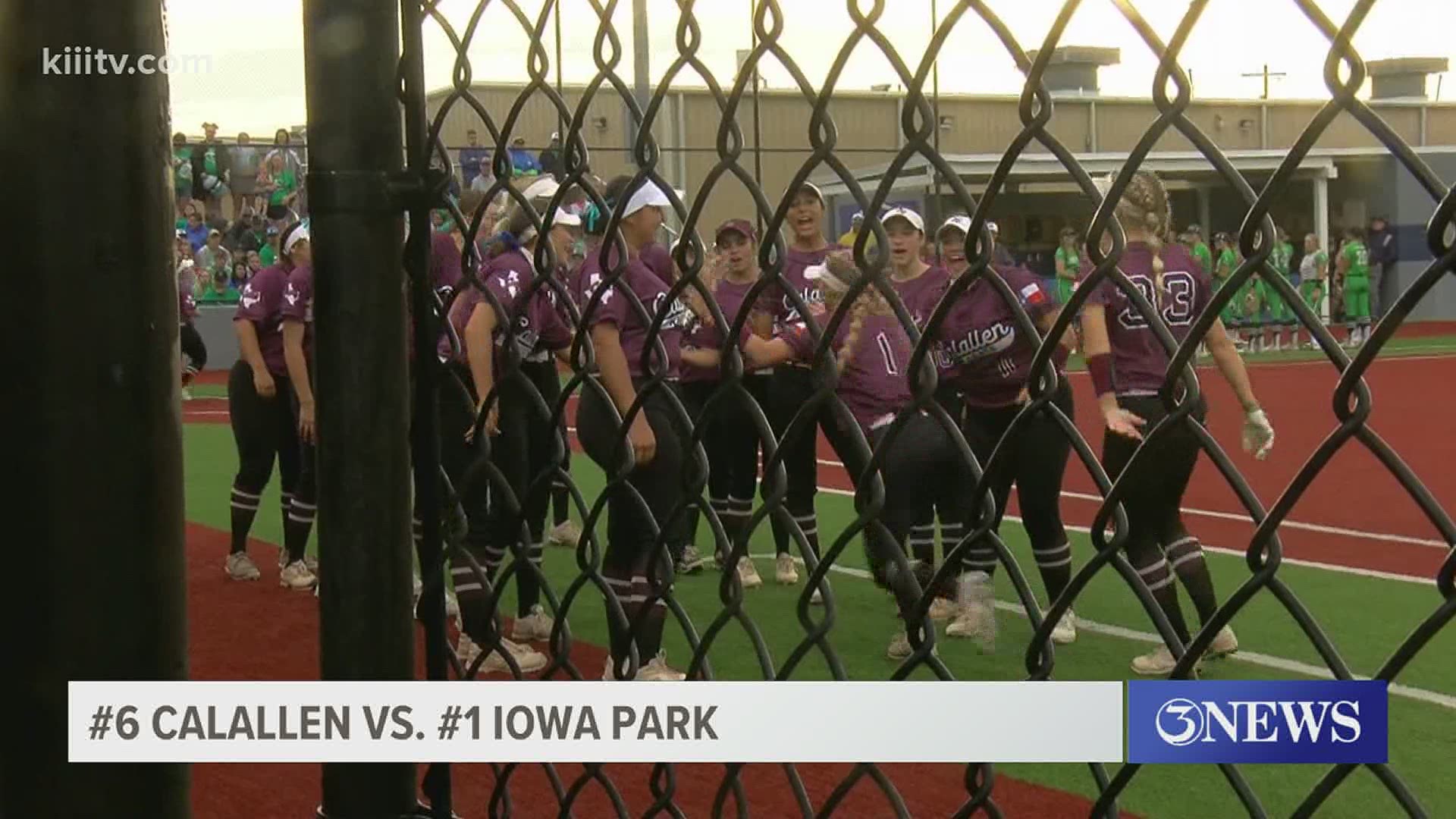 GEORGETOWN, Texas — The Calallen Lady 'Cats are set to make their second straight appearance in the championship game after they edged #1 Iowa Park 10-9 Thursday in a rain-delayed and relocated game.

#6 Calallen got out to a 10-5 lead in the top of the seventh inning and then had to hold off the Hawks who hit a grand slam in the bottom half of the inning.

The game was relocated to Georgetown High School after rain in Austin forced the gamed to be moved from the University of Texas's McCombs Field.