Weikum has been a coach in South Texas since the early 80's and has been a staple at Flour Bluff, serving two separate stints with the Hornets. 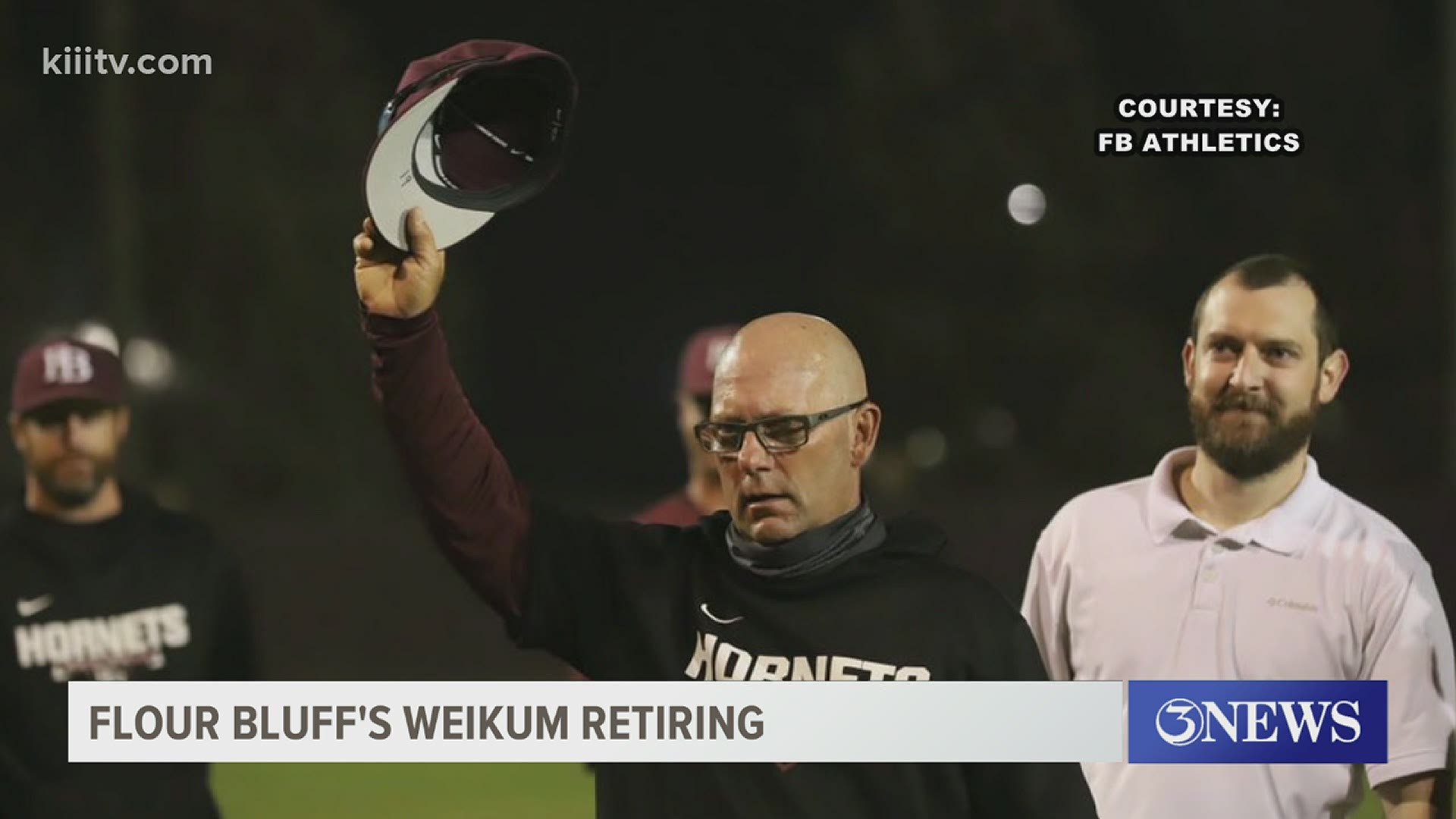 CORPUS CHRISTI, Texas — The high school regular baseball season is wrapping up this week and so to did the career of long time flour Bluff baseball coach Ron Weikum.

Weikum announced his retirement after 39 years following the Hornets' regular season finale Tuesday night. The Flour Bluff grad served two separate stints as head coach of his alma mater from 1989 to 2000 and then from 2007 to 2021 with a brief stop with the King Mustangs in between.

Several of his former players were on hand including a surprise visit from his son Korey who came down from Houston.

I'll have more from Flour Bluff baseball coach Ron Weikum on his retirement tonight at 10 PM, but here's a part of the interview where he talks about some highs and lows in his 39-year career and about the opportunity that Flour Bluff gave him (twice).@Kiii3Sports #3SportsBlitz pic.twitter.com/TsuGJTN9ZJ

Click the video above to hear from Weikum on his longtime South Texas career.