The Coyotes are hoping to do even more damage with a full season under their belts. 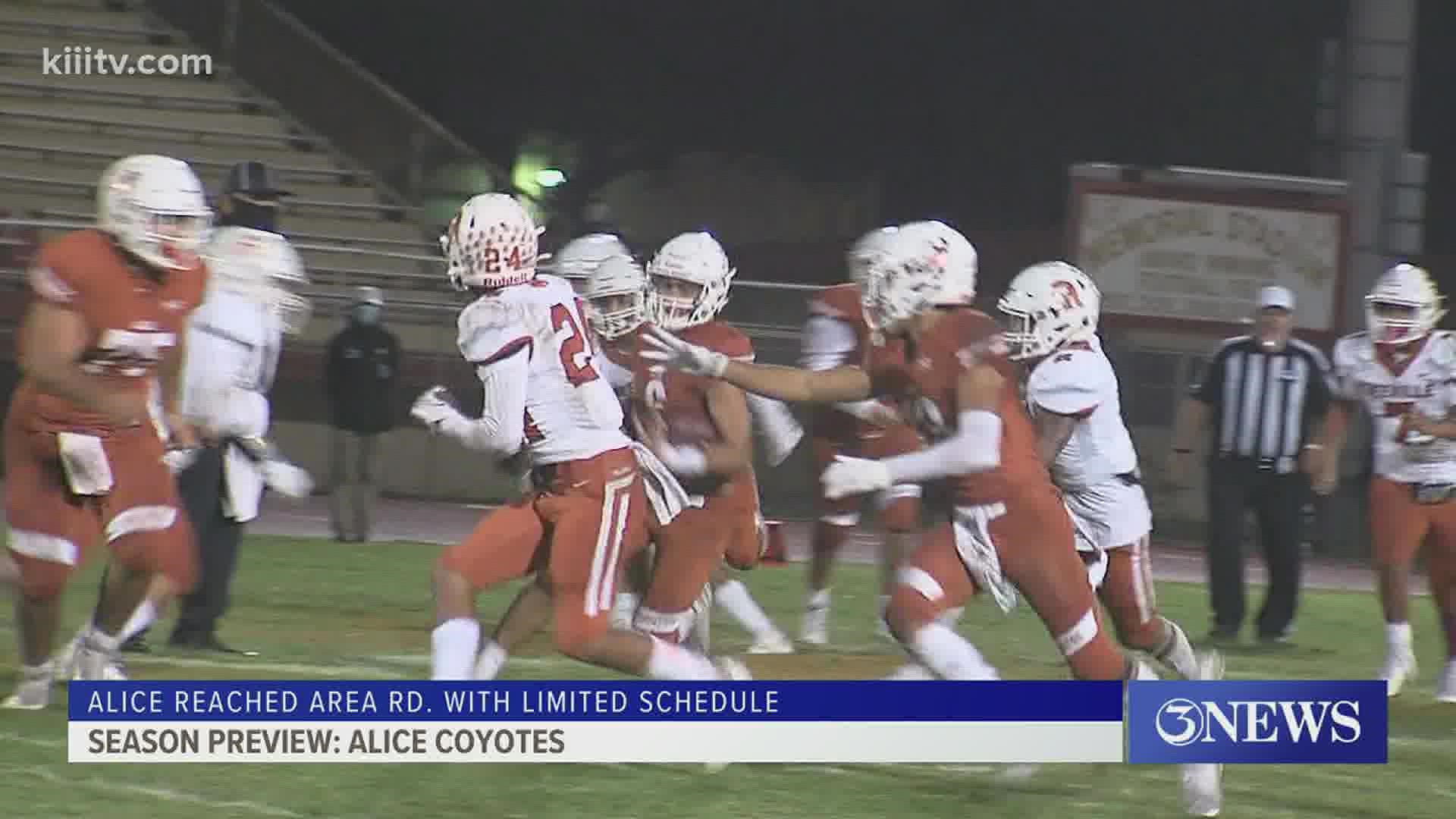 ALICE, Texas — The Alice Coyotes are looking forward to a potentially big season after enjoying success last year despite a COVID-shortened season.

The Coyotes reached the second round despite only playing in six regular season games including a monster gauntlet of a district that includes Calallen, Miller and Port Lavaca Calhoun among others.

The Coyotes return 13 total starting positions as Kyle Atwood's teams looks to compete in a tough region with the likes of Austin LBJ and Canyon Lake in addition to the district foes. Alice has a frontloaded non-district slate to prepare including scrimmaging Flour Bluff (5A-I) and then facing Veterans Memorial (5A-I), Victoria East (5A-I) and Harlingen South (6A).

The full Alice preview coming up in sports. #3SportsBlitz pic.twitter.com/MHPwcj7LTk

Alice is also hoping to get a school bond passed in November with two propositions totaling $5.925 million. The second would bring new field turfs to the football stadium, baseball and softball fields. The first would feature upgrades for other extracurricular activities like band, choir and the middle school track among others.