The Trojans will look to compete for a playoff spot with four top 25 teams in Class 4A-I. 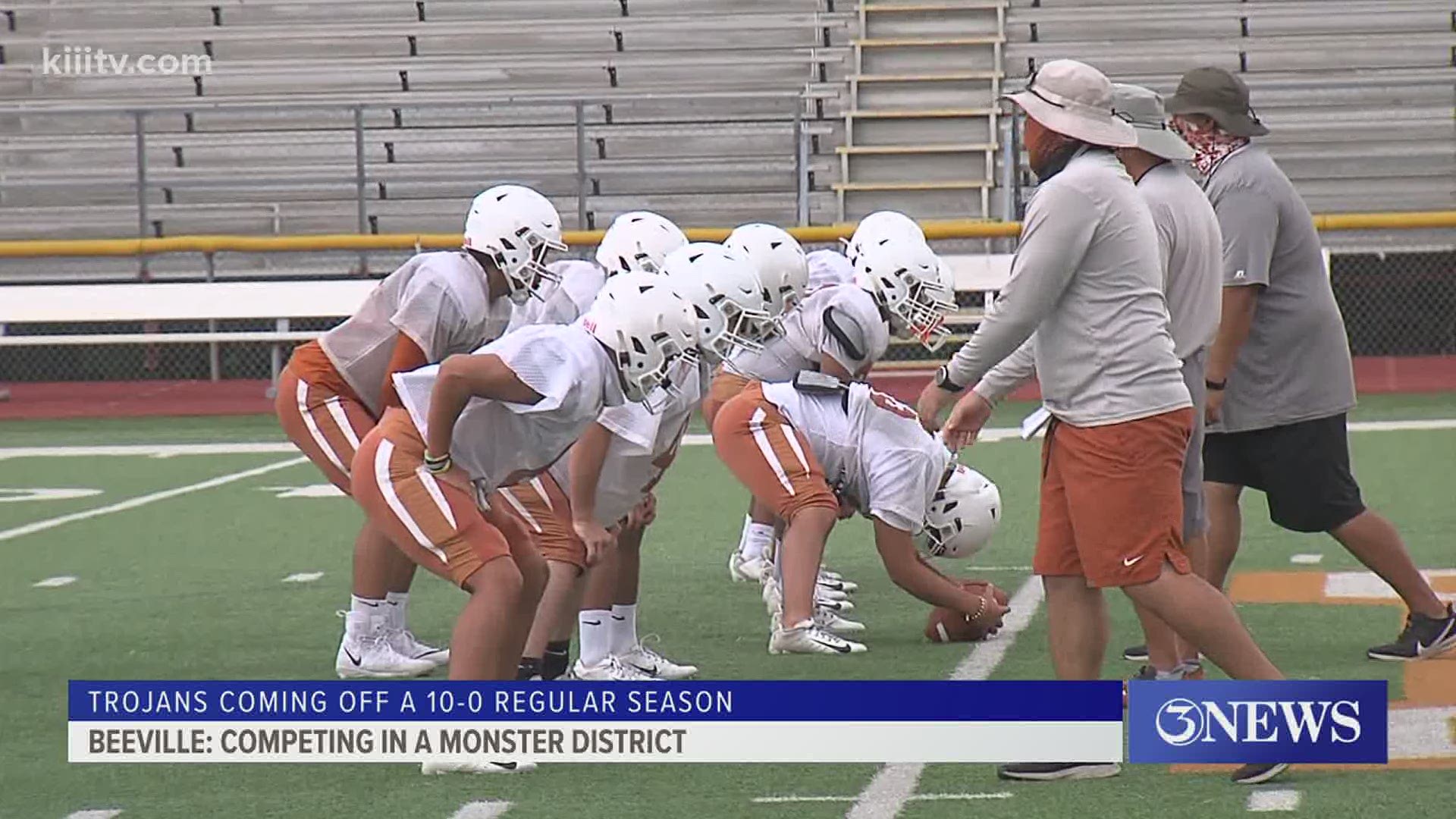 BEEVILLE, Texas — The Beeville Trojans are coming off one of the best seasons in program history. Their reward? One of the toughest districts in the state of Texas.

The Trojans finished at 11-1 after going perfect through the regular season and reaching the area round. However, coach Chris Soza returns only nine starters total on both sides of the ball from that team.

That mean it will be a trial by fire of sorts in non-district play for the largely inexperienced Trojans. Coach Soza says the goal is to have them ready by the time they're joined by four top 25 teams in district (#4 Calallen, #5 Port Lavaca Calhoun, #7 Miller and #23 Alice) along with Tuloso-Midway, all of which came down from Class 5A this offseason.