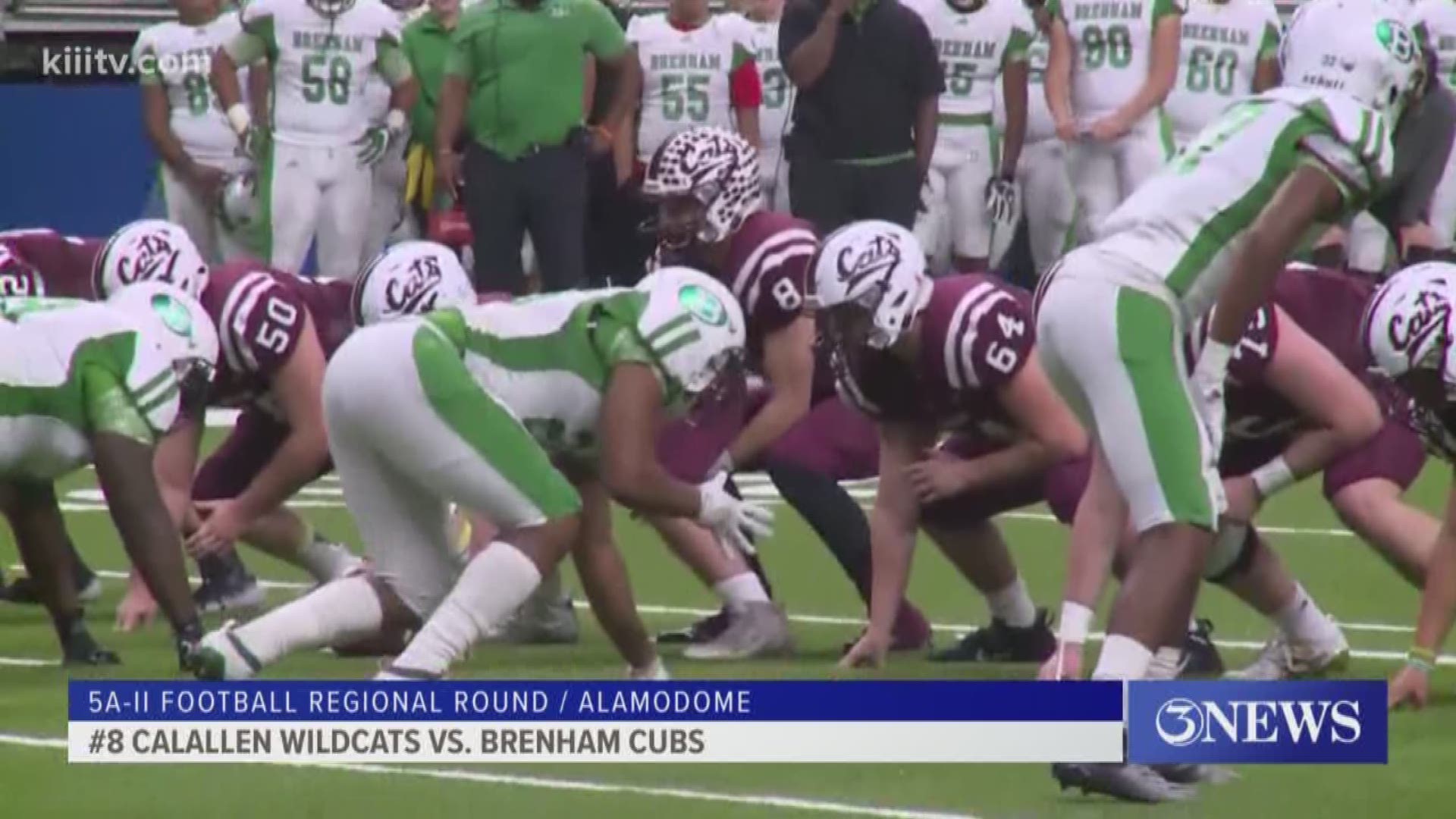 SAN ANTONIO — Calallen got out to a big lead in the first half, only to have to rally in the fourth quarter in a 47-32 win over the Brenham Cubs in the regional round Saturday night at the Alamodome.

The 'Cats went up 21-3 in the second quarter only for the Cubs to rally to take a 24-21 lead going to the final quarter. Calallen would score four times in the fourth including two long touchdowns from Jeremiah Earls to help seal the game.

#8 Calallen will play Boerne Champion at the Alamodome next Saturday at 8 PM in the 5A-II Region IV Final.