Carroll Tigers looking to break through after rough stretch 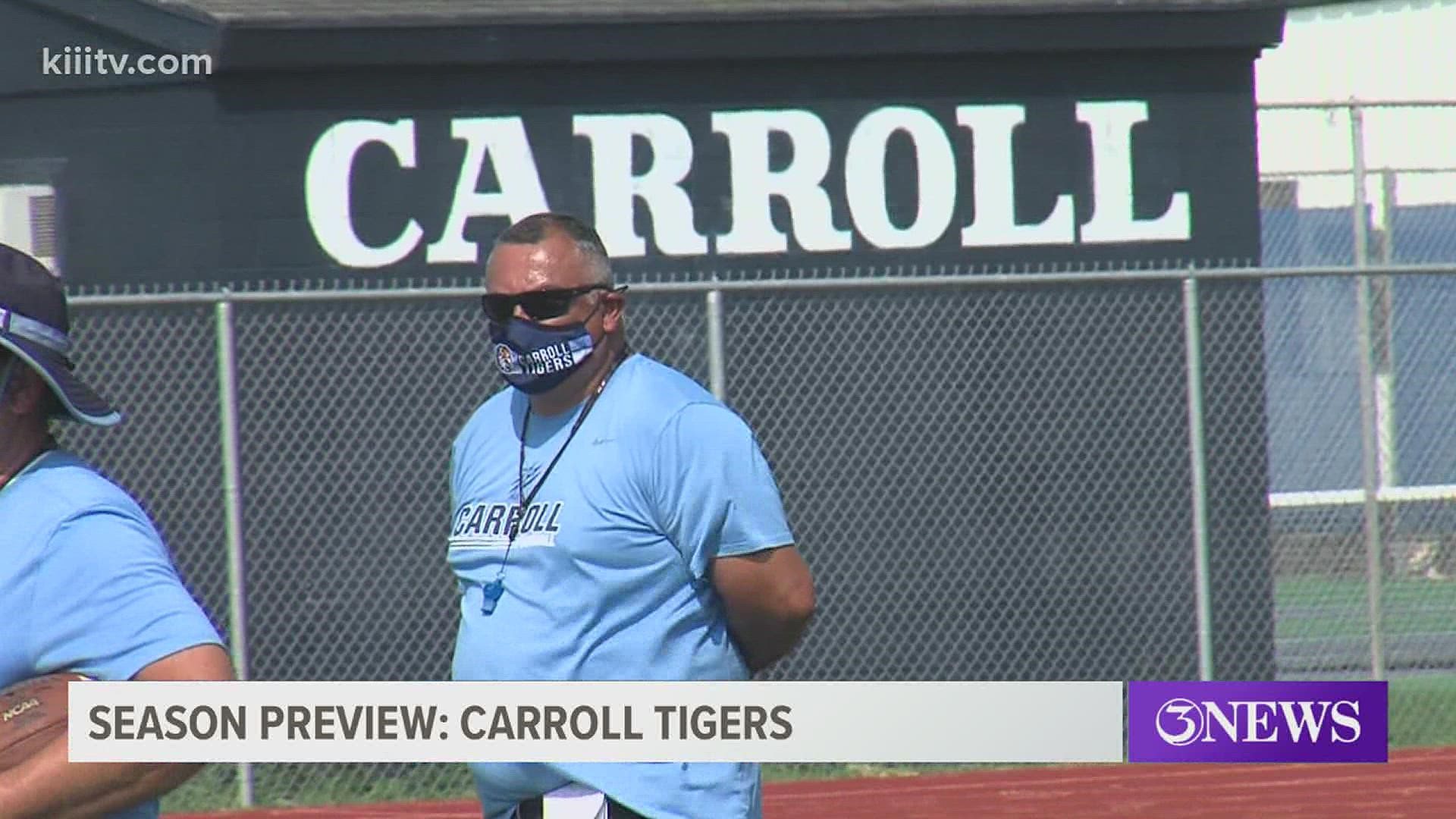 Coach Juan Rodriguez's team capped the season with a win over rival King, their second district victory which topped their win total from the previous three years (one).

SIGHTS and SOUNDS with Coach Rod and the Carroll Tigers!

It's more sights than sounds thanks to sounding like a windy volcano today (even with a windscreen, but it's good practice video nonetheless). #3SportsBlitz @Kiii3Sports @Kiii3News pic.twitter.com/jknpaHj4VV

Now, the Tigers return a junior and senior-heavy team that's looking to compete for their first playoff berth since 2016.

The Tigers will travel to Jourdanton to open the season next Friday night against Eagle Pass in a neutral-site game.