The Hornets had a chance to knock off San Antonio Wagner on the final drive last year in the second round of the playoffs. 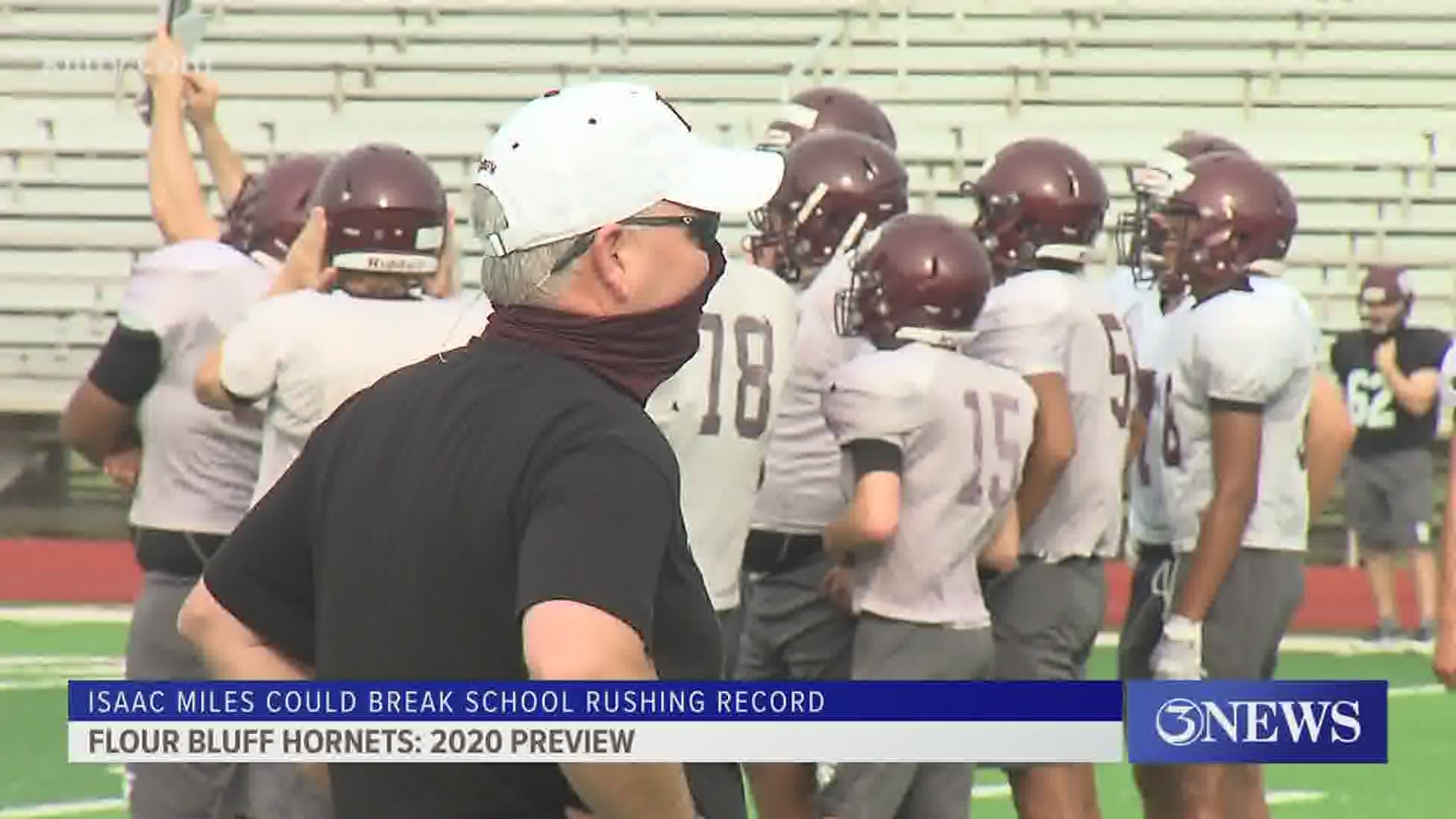 CORPUS CHRISTI, Texas — The Flour Bluff Hornets are coming off another solid season, but they're looking to push the envelope to the next level in 2020.

The Hornets pushed eventual region champion San Antonio Wagner to the brink in the fourth quarter before eventually falling to the Thunderbirds in the area round.

Now Flour Bluff returns a majority of the offense from that team including a potent offensive line lead by Johnny Dickson who's received numerous Division I offers. Senior running back Isaac Miles has a chance to break the school's career rushing record this season.

Thee Hornets opted up a division to play in Class 5A-I. They'll once again be in District 15 along with the CCISD schools (minus Miller who dropped to 4A), the Victoria schools and Gregory-Portland who also opted up.