Flour Bluff leads throughout in win over San Antonio Southside

The Hornets got a big game from QB Nash Villegas (four total TDs) in the win over the Cardinals. 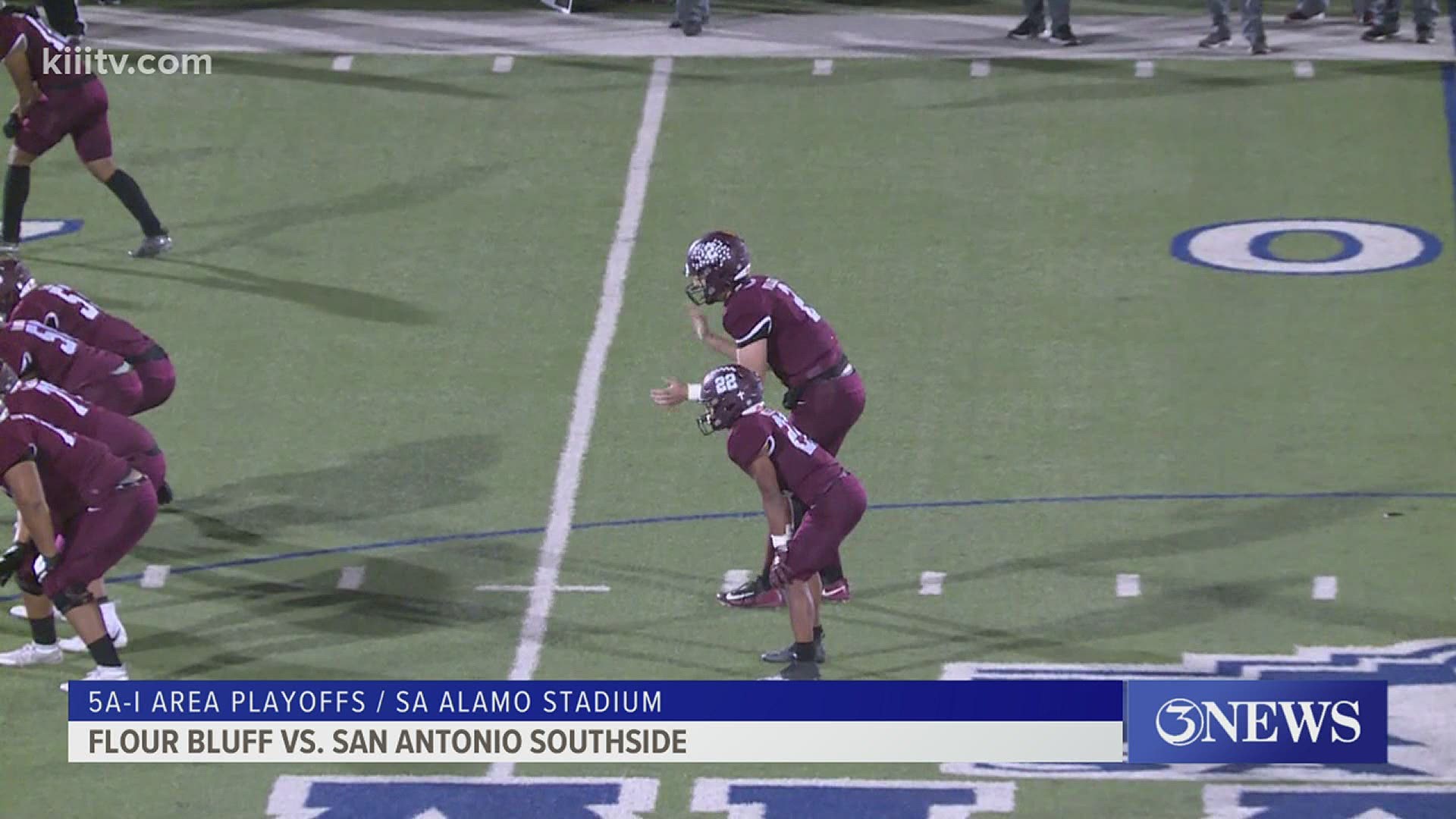 The Flour Bluff Hornets handed the San Antonio Southside Cardinals their first loss of the season, 31-21 in area round action of the 5A-I playoffs.

Flour Bluff (10-1) got four total touchdowns from junior quarterback Nash Villegas including a last-second score right before the half to make it 14-6 Hornets.

Flour Bluff would carry over that momentum into the second half with Villegas rushing for a score in the fourth and then finding Rayden Campbell through the air to make it 31-14 and ice the game with a few minutes to go.

Flour Bluff will face district foe Victoria West in the regional round next Saturday Dec. 26th at 4 PM back at San Antonio's Alamo Stadium. The Hornets beat the Warriors 59-32 earlier this month in the final week of the regular season.

Flour Bluff got a big night from QB Nash Villegas (four total TDs) in an area round win over Southside.

Next they get district foe Victoria West, a team they're facing for the second time in three weeks.