The Hornets fell to the Thunderbirds last year in the region quarterfinal. 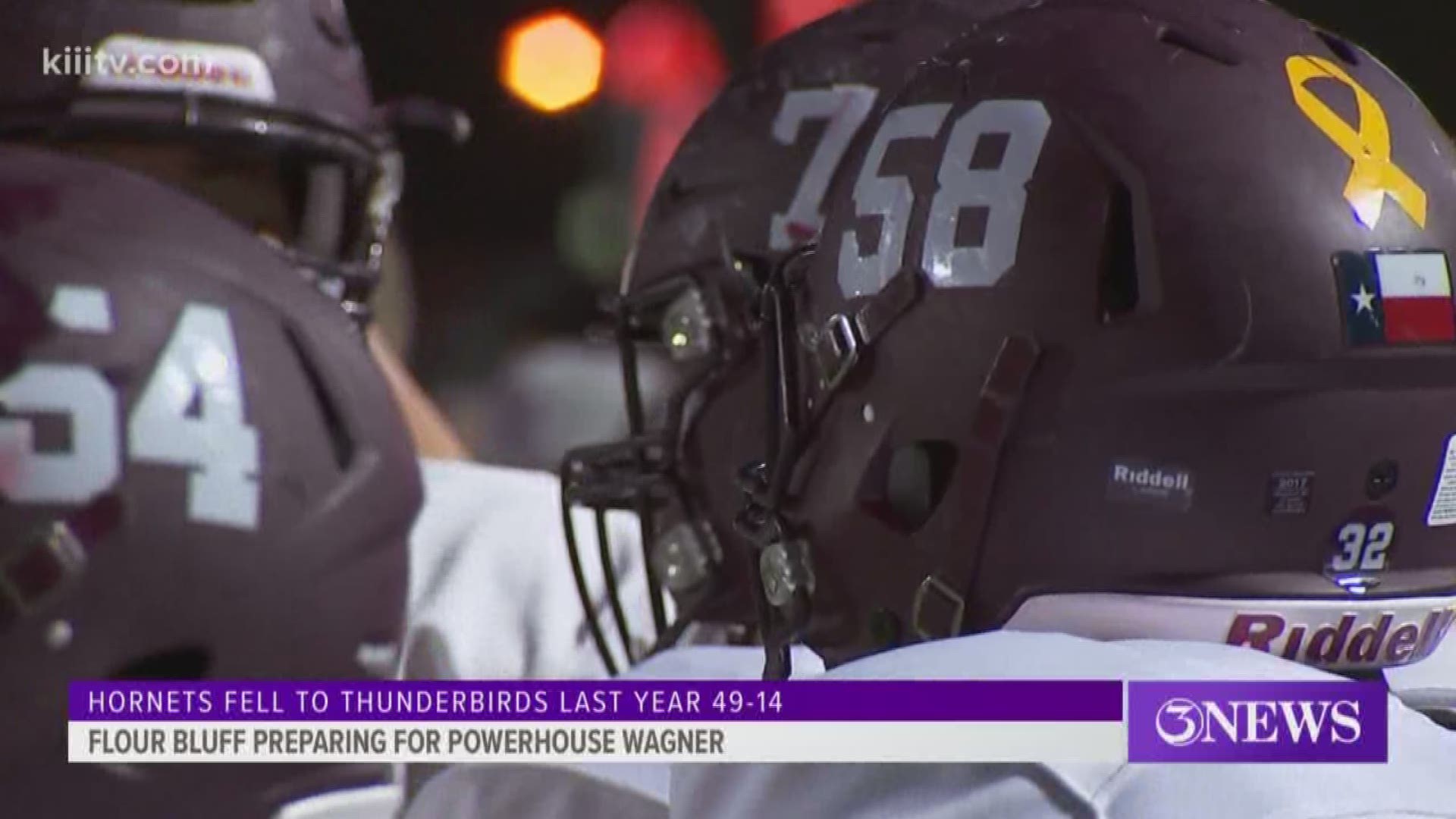 CORPUS CHRISTI, Texas — The Flour Bluff Hornets have one of the area's tougher matchups this week when they face off against a familiar foe in seventh ranked San Antonio Wagner.

It was the Thunderbirds who sent the Hornets packing last year in the third round with Wagner outscoring Flour Bluff 29-0 in the second quarter of a 49-14 win.

The Hornets did lose a lot of starters off that team, but the sting is still there for several that were playing in that game.