The big school rankings get some big shake-ups with a new #1 while the small schools see some movement as well. 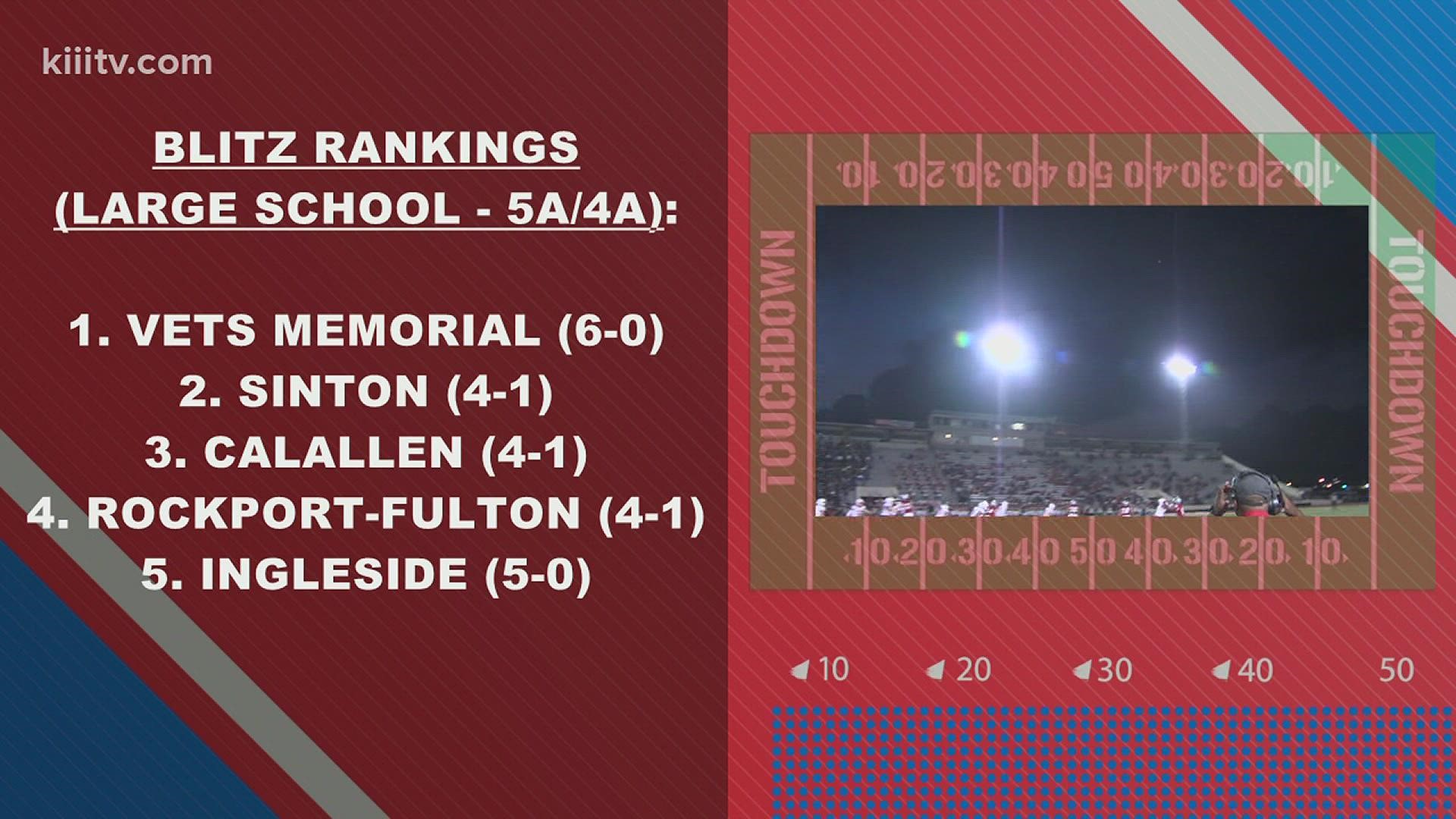 CORPUS CHRISTI, Texas — The rankings get a huge shake-up with Veterans Memorial atop the big school rankings for the first time this season. Calallen drops two spots after the Wildcats' first loss of the season to San Antonio Cornerstone. Sinton moves up to the second spot after a last-minute win over Rockport-Fulton.

In the small schools London moves up two spots to number three after a convincing win over Lyford.