The Wildcats last made the postseason in 2015 under then-coach Matt Anastasio. 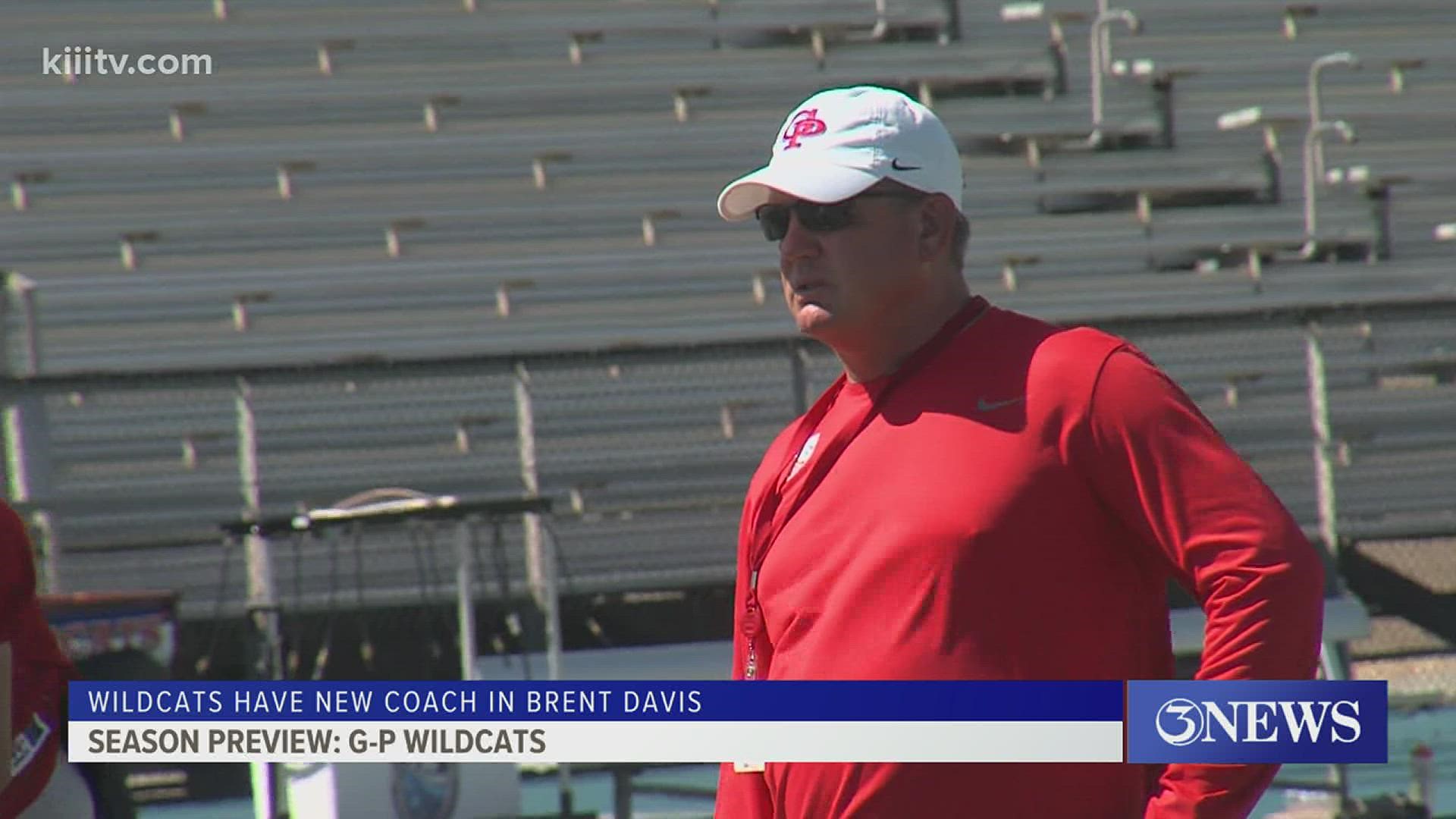 PORTLAND, Texas — The Gregory-Portland Wildcats are longing for the glory days of the Akins era and they're hoping a coach familiar with the Coastal Bend can help return them to that peak.

Brent Davis takes over for Rick Rhoades after coaching San Angelo Central for the last 12 seasons. Davis was previously the head coach at Banquete, Alice and Sinton. He's also familiar with the past success of the Wildcats as his father was the coach at Calallen during the 70's when Akins was in the midst of building G-P into a regional powerhouse.

Davis says the Wildcats have plenty of work to do under his new system with only two non-district games on the slate.#3SportsBlitz @Kiii3Sports @Kiii3News pic.twitter.com/QYMNhNlcjb

These days have seen the Wildcats falling under hard times with G-P having missed the playoffs the last five seasons. Davis says it'll take time for the players to learn his new system, but that he hopes to have an idea of what kind of team he will have after the two non-district games early on. G-P doesn't have much room for error in the nine-team District 15-5A Div. I that also features the region champ in Veterans Memorial and the runner-up in Flour Bluff.

SIGHTS AND SOUNDS! This edition comes from the Gregory-Portland Wildcats who are looking to end their playoff drought under HC Brent Davis.