The Mustangs have made the playoffs two of the last three seasons, but are still looking for their first postseason victory since 2013. 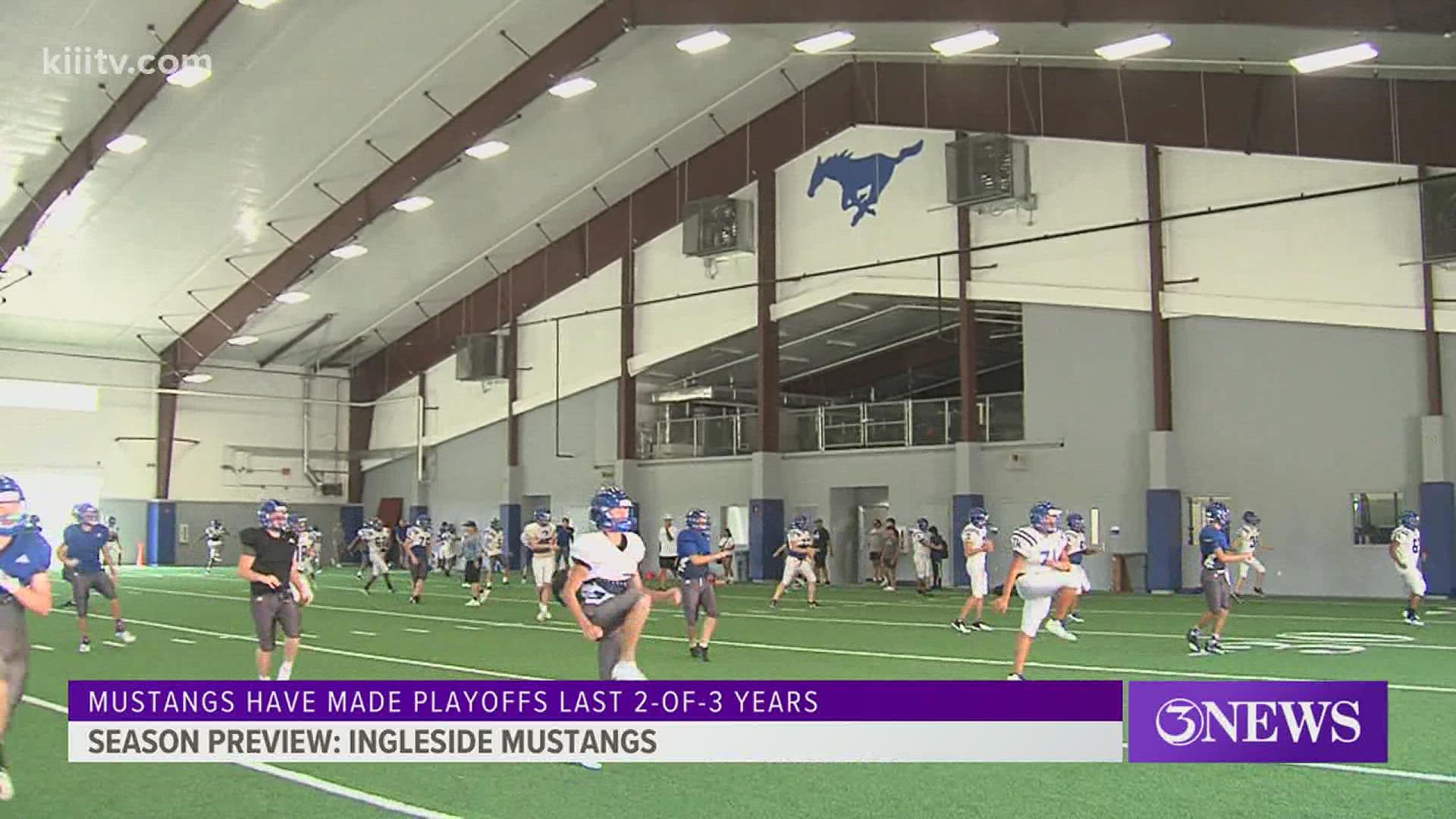 INGLESIDE, Texas — The Ingleside Mustangs got back to the playoffs last season after missing out in 2019, but now they're eyeing the next step: a postseason victory.

The Mustangs' current group of seniors was in the fourth grade the last time the program won a playoff game, when the program went to the region semifinal in 2013. This year Coach Hunter Hamrick has about half of his starters back and says this could be the best group he's had in his six years in Ingleside.

The Mustangs will again have to contend with the likes of regional powers Sinton and Rockport-Fulton in the district along with Coastal Bend schools West Oso and Robstown. They also will return playing the Valley schools in district after Raymondville, Rio Hondo and Port Isabel sat out the majority of last year's games due to COVID-19.

Ingleside Coach Hunter Hamrick talks about the unknown of the district with the Valley schools back in the mix after mostly sitting out in 2020.