King looking for turnaround in year two under Coach Foster

The Mustangs finished a rough season in 2020 at 1-8, but return a bunch of experience with 15 total starters back. 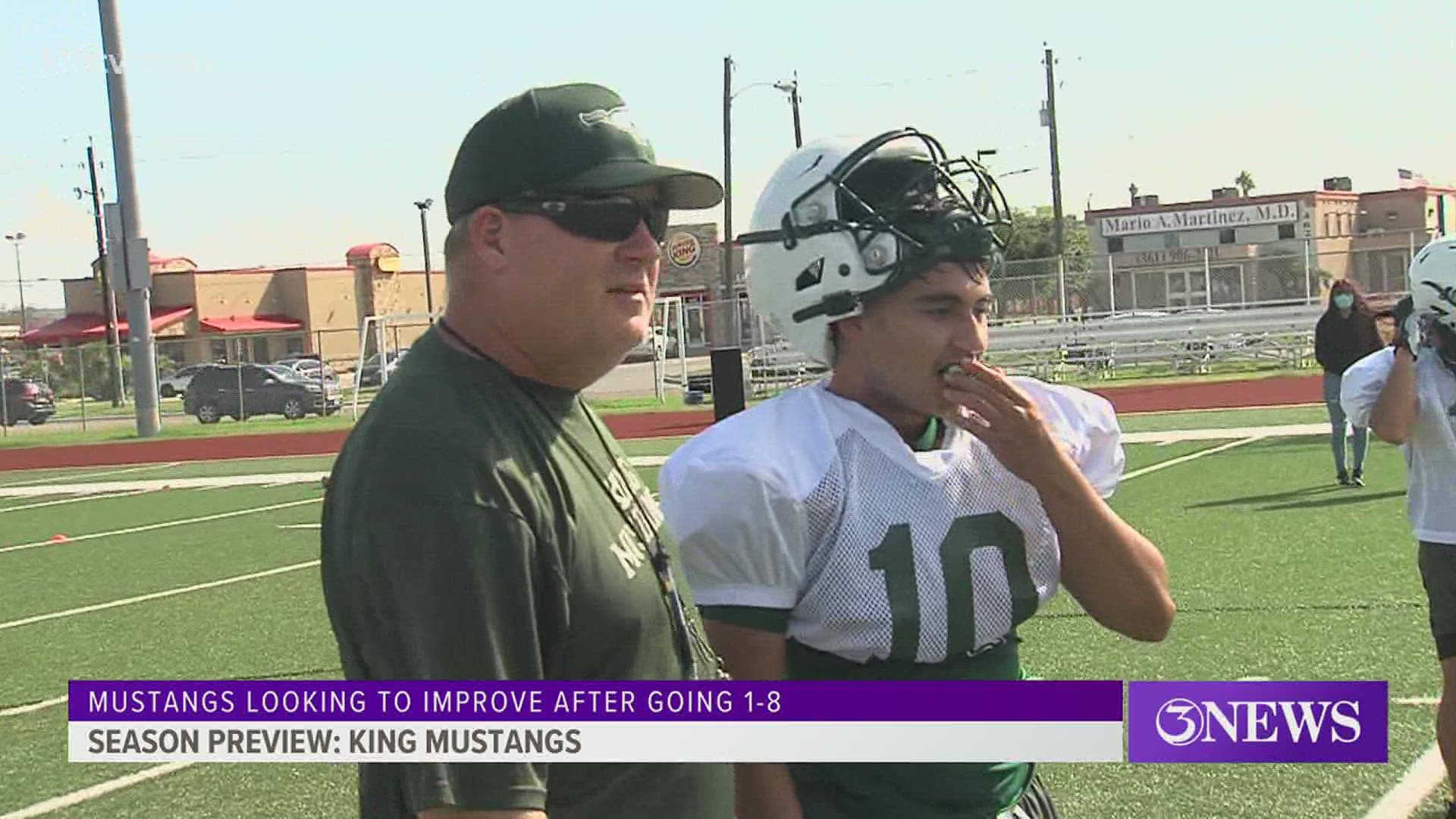 CORPUS CHRISTI, Texas — The King Mustangs have nowhere to go but up under second year Head Coach Doug Foster.

The Mustangs (1-8, 1-7) finished in last place in the nine-team District 15-5A Division I, but return 15 starters from that team, the most out of any team in that group.

However, Coach Foster must replace two of his most productive players in running back Josiah King and quarterback Ben Stewart, both starters for multiple years.

The Mustangs open the season on the road in San Antonio against the Lanier Voks, a team that went two rounds deep in the 5A-I playoffs last year.