The Eagles got out to a big 35-7 lead at the half and never looked back. 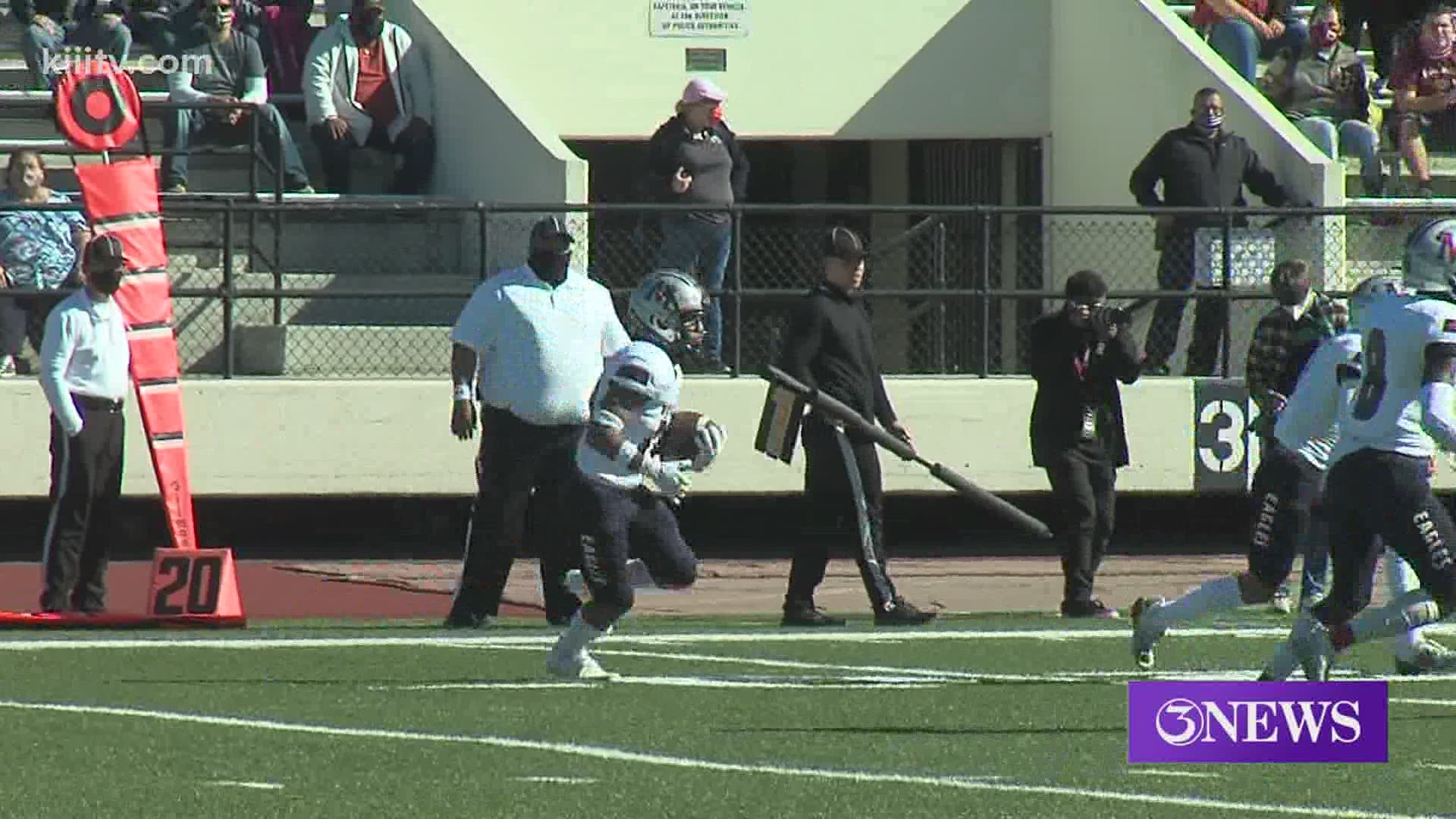 CORPUS CHRISTI, Texas — The state-ranked Veterans Memorial got a big opening play to start the 5A-I State Quarterfinal and never looked back in a 49-14 win over rival Flour Bluff Saturday at Buc Stadium.

The seventh-ranked Eagles took the early 7-0 lead as Joseph Meador took the opening kickoff to the house for the score. Veterans Memorial also got five total touchdowns from senior quarterback Carter Senterfitt in the big win.

Flour Bluff cut the lead to 14-7 near the end of the first quarter on a Nash Villegas rushing touchdown, but the Eagles would dominate the second quarter. Vets outscored the Hornets 21-0 in the second highlighted by a long Senterfitt score over the middle to Jeylon Beasley to make it 35-7.

Veterans Memorial advances to the first state semifinal in program history as the Eagles will be fourth-ranked Leander Cedar Park. That 5A-1 State Semifinal will be played Friday at 7:30 PM at San Antonio's Alamo Stadium.

Below is the ticket information for the State Semifinal. You can purchase tickets HERE.

Here's the ticket link for the 5A-I State Semifinal for Veterans Memorial and Cedar Park. Tickets go on sale at MIDNIGHT Sunday morning.

There will be no tickets sold in Corpus Christi at the school or CCISD offices.@Kiii3Sports #3SportsBlitzhttps://t.co/WUQXiaPtQq