London hoping for redemption season after falling late in 2020

The Pirates dropped to third spot in district and a first round exit, but enter 2021 as the district favorite in 16-3A DI. 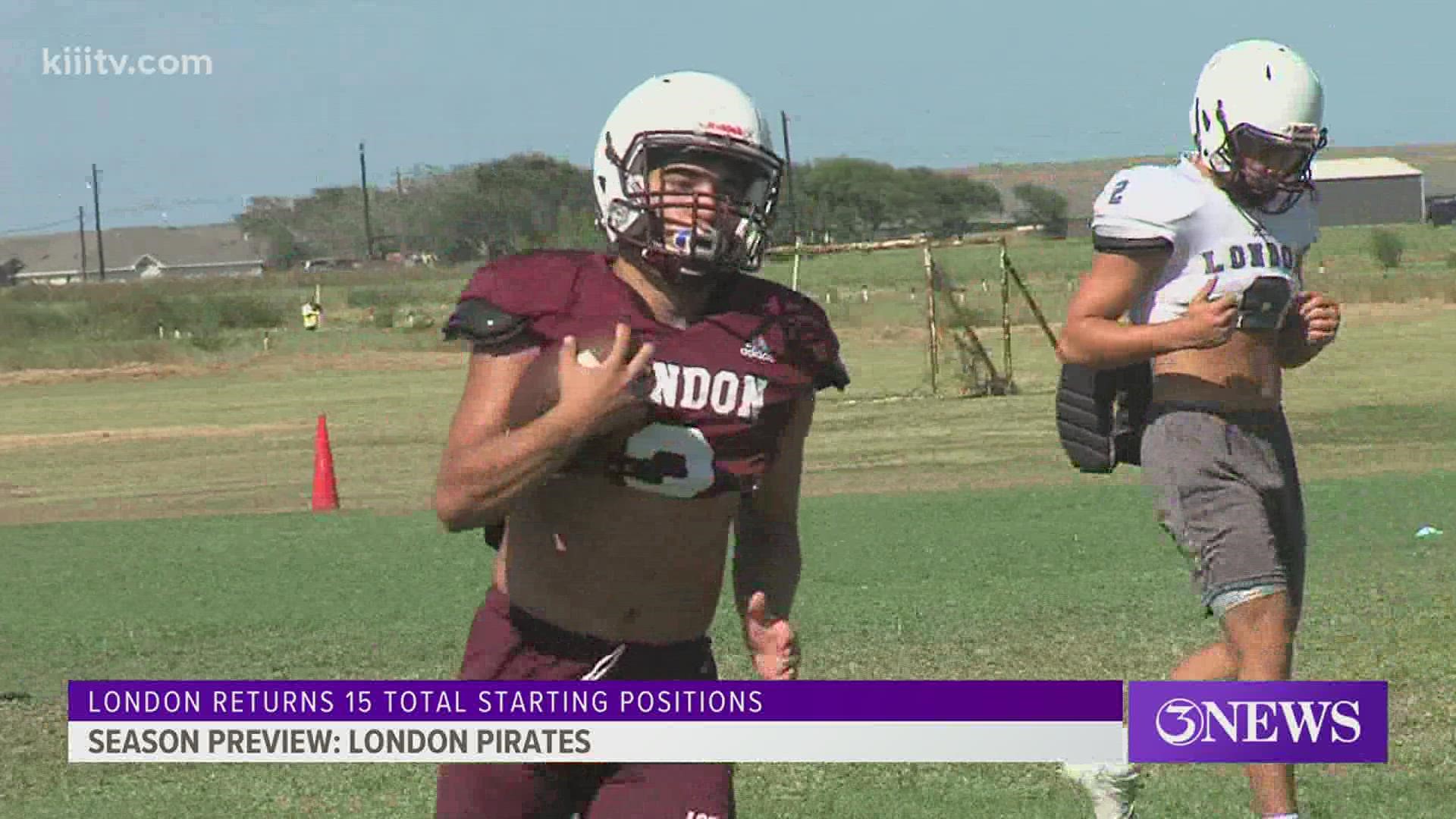 CORPUS CHRISTI, Texas — The 2020 London Pirates were on their way to a potential district title before a late loss to Lyford derailed those plans and lead them down the path towards a first round playoff exit.

Now, the Pirates are looking for a rebound season as they open up as the prohibitive district favorite according to Dave Campbell's Texas Football. London returns 15 total starters from that team including a talented offensive line, but must replace the longtime starter at QB Ty Leonard.

London Pirates Head Coach Robbie Moreno talks about the importance of the Pirates getting a high seed in the district heading into the playoffs unlike last year where they fell to third in zone play and lost to Edna in the first round.

Head Coach Robbie Moreno says the goal is that district title to avoid a tougher first round match-up like the Pirates got in Edna last year. London fell out of the zone championship picture and instead had to settle for third place in the district. This year the zone format is gone as the seven teams will compete for a traditional district crown (San Diego, Lyford, Bishop, Falfurrias, Santa Gertrudis and Progreso).

You can never have enough Pirates previews in the Coastal Bend.