The Pirates have never missed the playoffs in the six years of being in an UIL district. 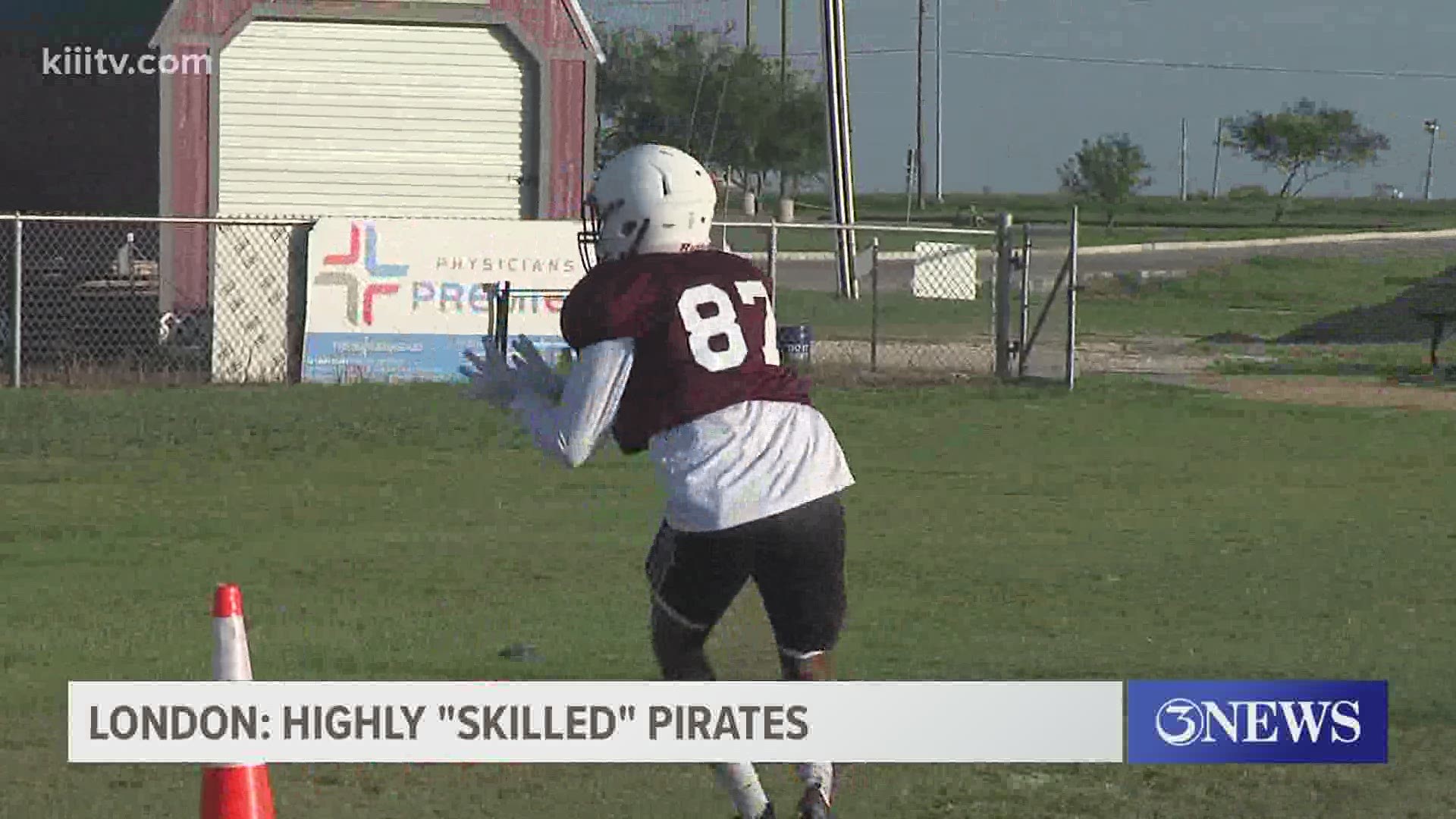 CORPUS CHRISTI, Texas — The London Pirates might be in a new division than they were last season, but the expectations are still the same in 2020: winning a district title.

London is coming off a district crown last year, but now the Pirates move up a division to 3A-DI. The Pirates' district will be split into zones with London being in Zone A along with Santa Gertrudis, Lyford and Progreso. San Diego, Falfurrias and Bishop are in Zone B.

The Pirates are the only team in the district starting their practice and season schedules on time, something coach Moreno calls an advantage, but also points out could come with some negatives such as injuries. London is tentatively set to open up the season in Week 2 against Robstown.

It's more sights 👀 than sounds 🗣️ from the London Pirates thanks to a windy Corpus night making it sound like they were practicing inside a volcano.