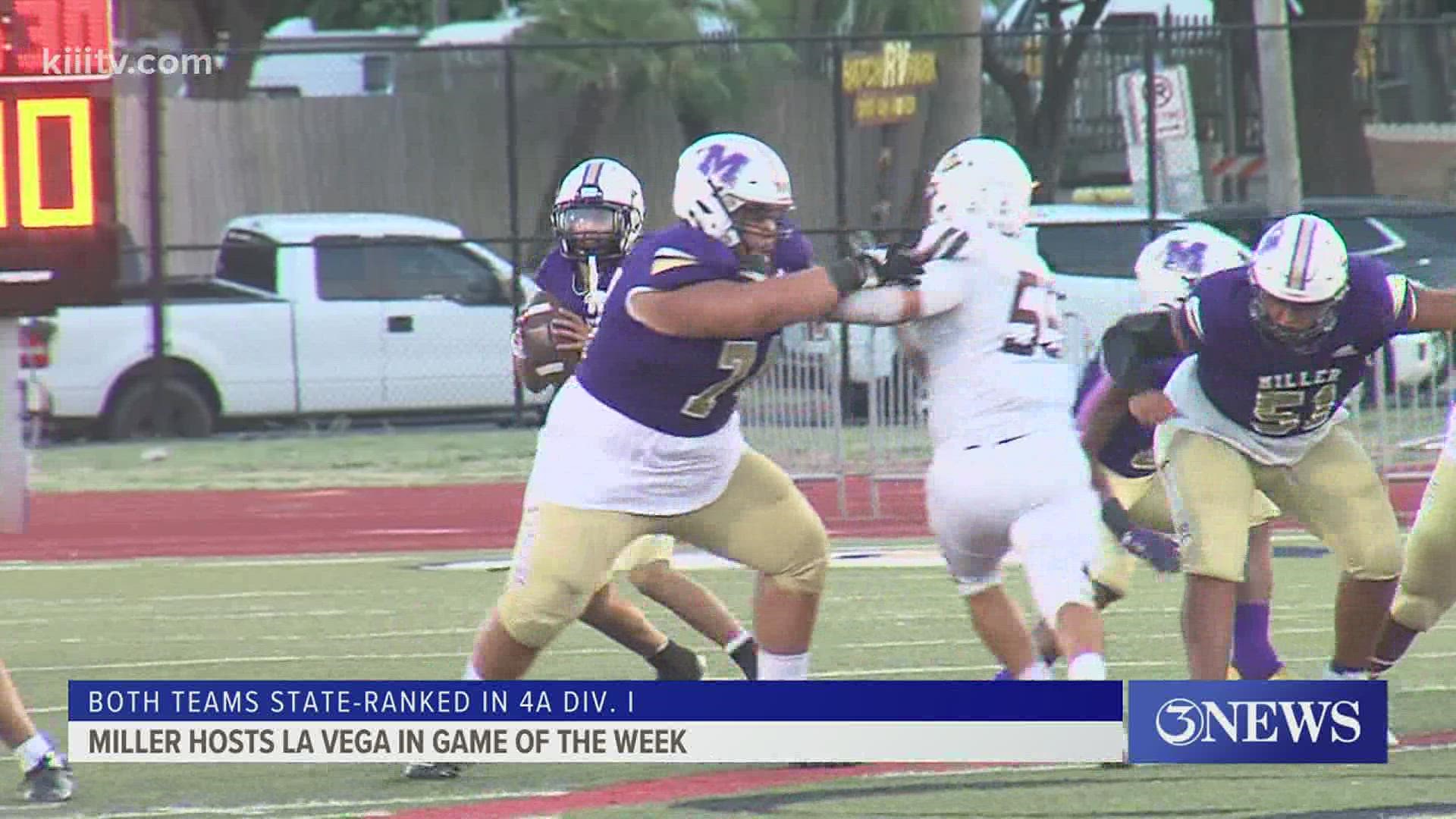 CORPUS CHRISTI, Texas — The Miller Buccaneers felt they need to up the competition to get them ready for the teams they'll see deep in the playoffs. Hence, one of the best outer-area teams coming to Corpus Christi in a long time.

Miller is set to host Waco La Vega in the Blitz "Game of the Week" match-up Saturday afternoon. The Pirates are a state title contender that went toe-to-toe with top-ranked Argyle last week in a 17-14 loss.

The Bucs are coming off a comeback win over then-state ranked Sinton two weeks ago and knocking off 6A foe Brownsville Hanna last week 62-28. Sophomore quarterback Jaedyn Brown was named the 4A Built Ford Tough Player of the Week after an eight touchdown pass performance in that Hanna game which broke a Miller record. 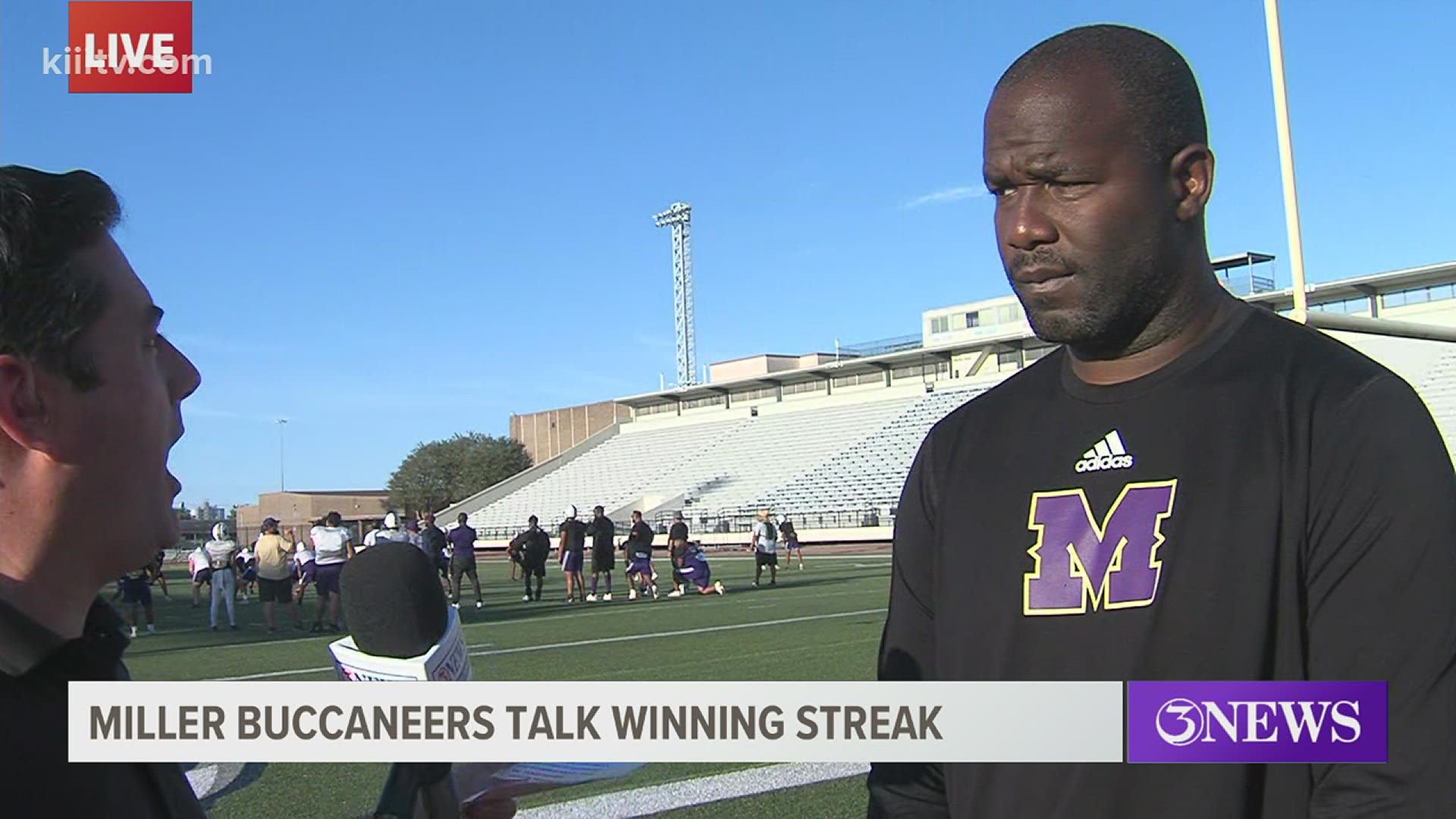 It’s too nice of a day in South Texas to spend it inside, so instead I’m spending it out with the Miller Buccaneers.

I’ll be live with Coach Justen Evans previewing the Blitz Game of the Week against Waco La Vega tonight on @Kiii3Sports at 6 PM.#3SportsBlitz @Kiii3News pic.twitter.com/Idzm9bz9je