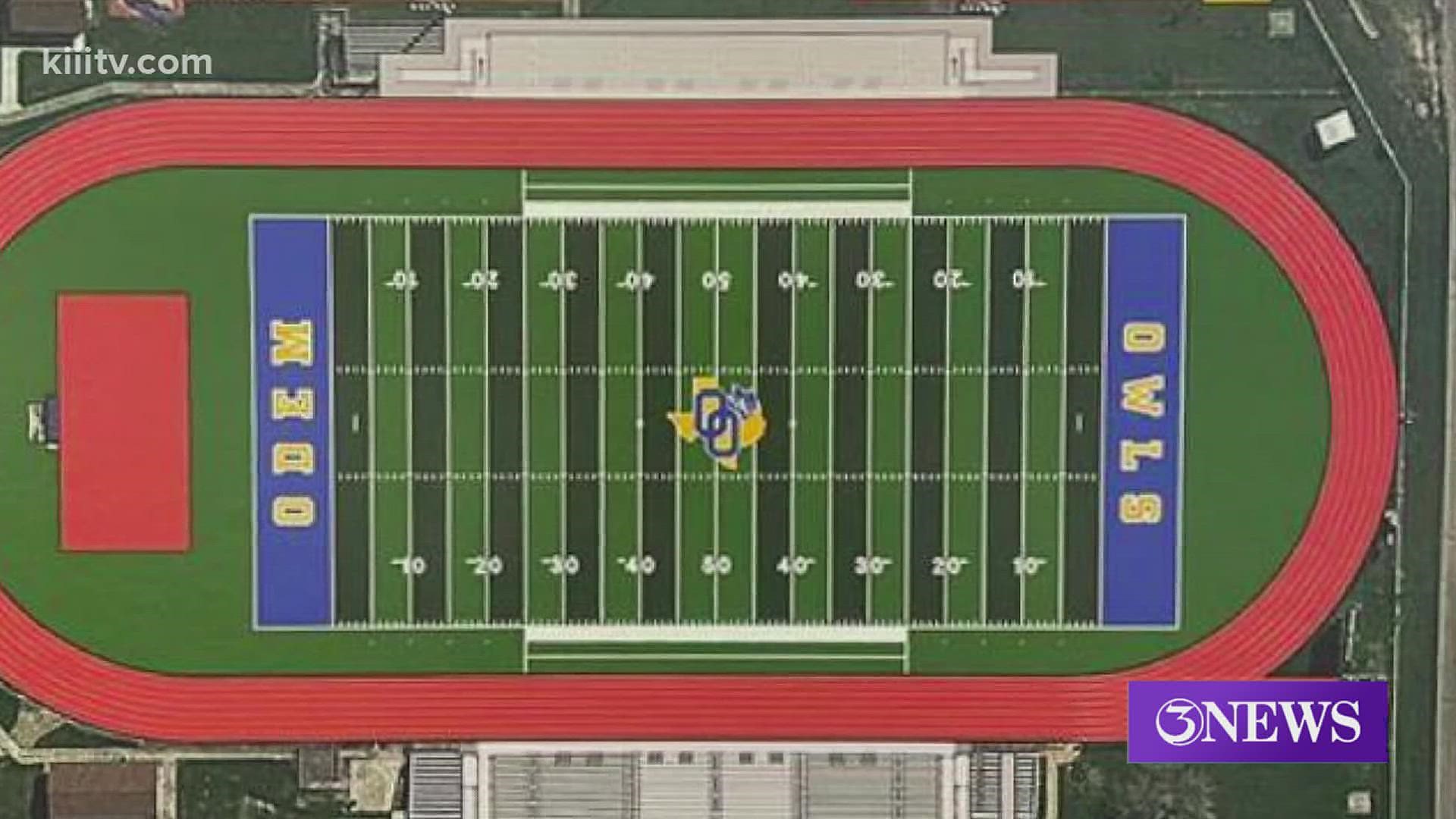 ODEM, Texas — The Odem Owls reached their first goal of a district title last season, but ultimately were disappointed in their brief playoff stint.

The Owls feature a senior-heavy team with 18 total starters back between offense and defense. Odem Head Coach Armando Huerta says he's looking to see his team not only compete for a district title again, but this time advance further in the region come postseason time. The Owls were knocked off by George West in the bi-district round last season.

It's a combo SIGHTS and SOUNDS for the Odem Owls and Bishop Badgers from tonight's scrimmage action!#3SportsBlitz @Kiii3Sports @Kiii3News pic.twitter.com/h8LiMN3Ncf

Odem is getting a massively renovated stadium heading into 2021 with new artificial turf replacing the natural grass, new bleachers and new lights among other upgrades.

The stadium won't be ready for the season opener though with the Owls having to now hit the road at West Oso. Huerta is hoping it'll be ready for the Mathis game in week Two, but likely won't be until the first home district game against Taft on October 1st.