Head coach Armando Huerta says bringing back a championship tradition is his main goal for this season. 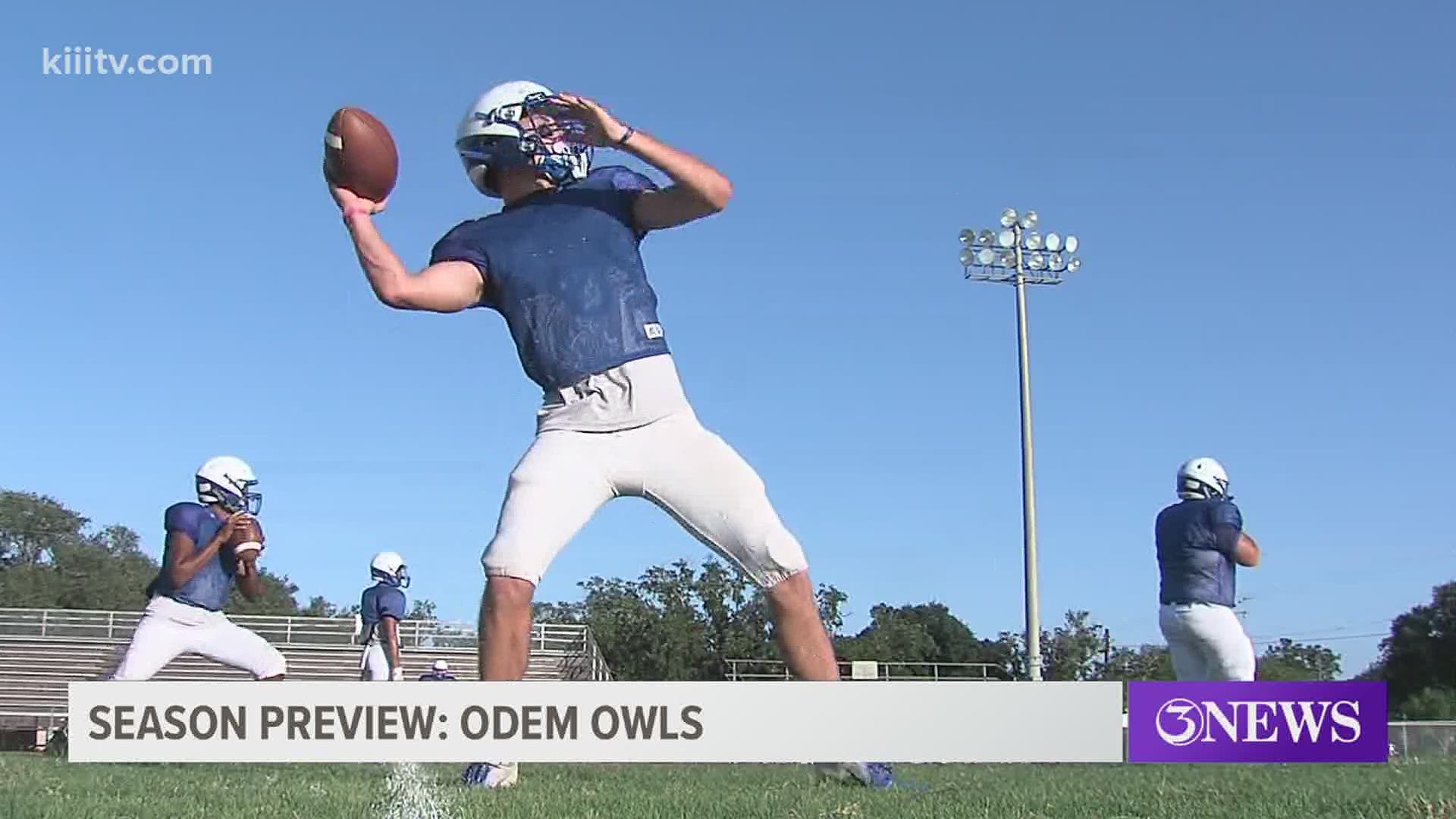 CORPUS CHRISTI, Texas — 2019 was a solid season for the Odem Owls, an 8-3 record and a trip to the playoffs.

The Owls want more than that, they want trophies. The 2020 squad has a solid chance at doing just that.

The Owls return seven starters on both sides of the ball. The main challenge will be replacing what was an experienced offensive and defensive line which was the strength of the team in 2019. This season, it's a flip-flop. The skill positions are now the one's with experience and what will be a strength.

Last season was the first time in over five years the Owls didn't bring back any hardware, whether it be a District or Bi-District title. Head coach Armando Huerta says bringing back a championship tradition is his main goal for this season.

"It's our programs been built on that and we tell them championships go through Odem, but we have to actually win trophies and put them out there to continue to say that, and so, this group of kids has to bring that winning tradition back," said Huerta.

The Owls are predicted to finish atop the new district 16-3A Division II by Dave Campbell's Texas Football.