The Bulldogs went winless in a tough non-district schedule before rebounding in district to make the playoffs. 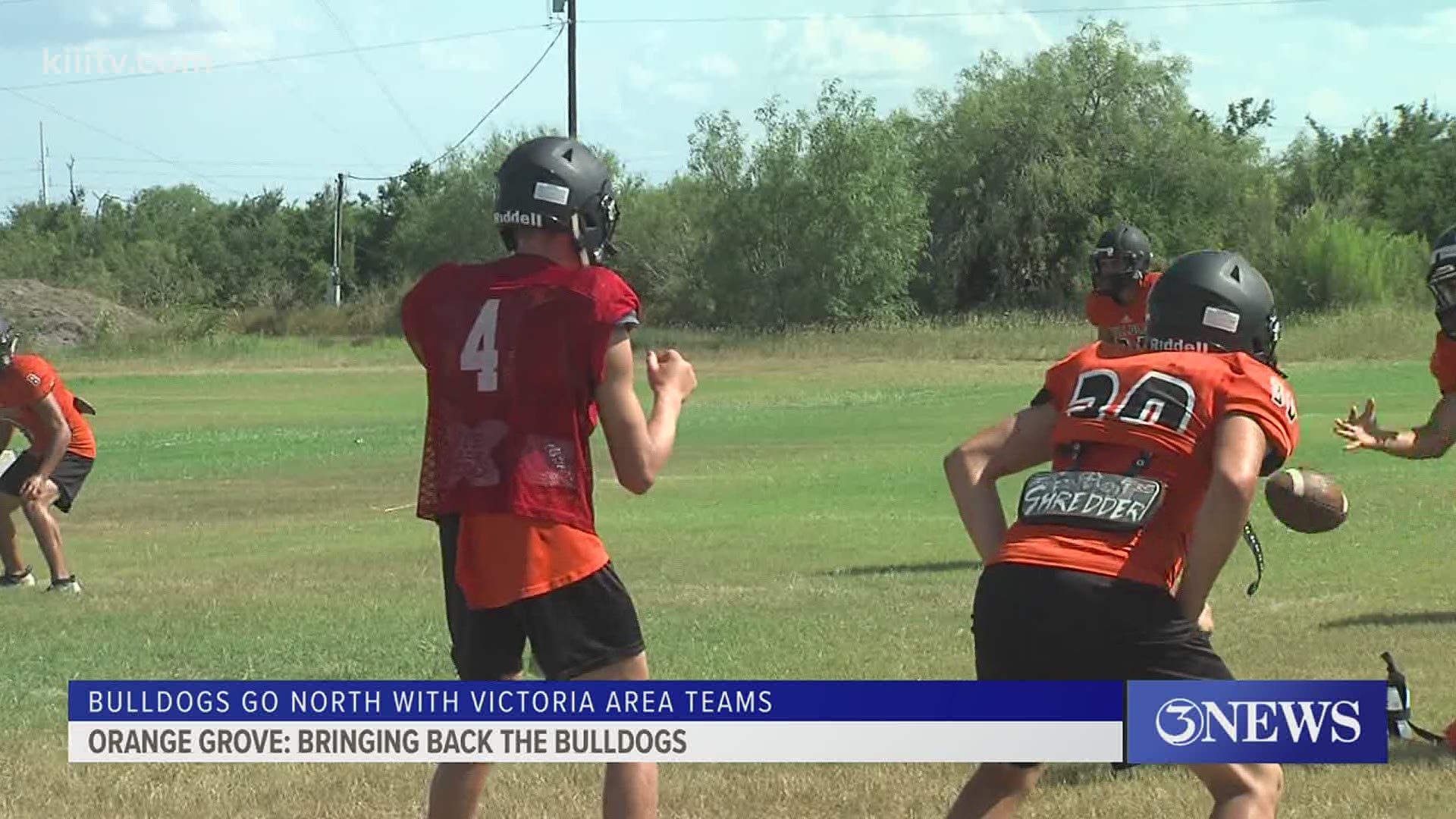 ORANGE GROVE, Texas — The Orange Grove Bulldogs got off to a rough start in 2019, but ultimately made the playoffs thanks to a strong district performance.

All three of the Bulldogs' wins last season came in district play, which earned them a trip to the postseason. Orange Grove would fall to Rio Hondo in the bi-district round, but it was an experience that head coach Mark Delpercio says he hopes his returners can build on.

SIGHTS and SOUNDS from the Orange Grove Bulldogs at yesterday's practice!

The Bulldogs have eight starters back on offense including sophomore quarterback Cutter Stewart who started all 11 games as a freshman. Delpercio's defense only has four starters back and he says they'll have to come along quickly to avoid getting into shootouts with teams.

Orange Grove drops down to Class 3A-I and is set to head north for what might be the first time ever. The Bulldogs will face local teams Mathis and Aransas Pass and also take on Victoria-area schools Vanderbilt Industrial, Edna, Palacios and Goliad.

The Bulldogs open the season Friday, August 28th against Sinton.