Cutter Stewart is one of the top quarterbacks in the Coastal Bend as he looks to help along a largely inexperienced offense around him. 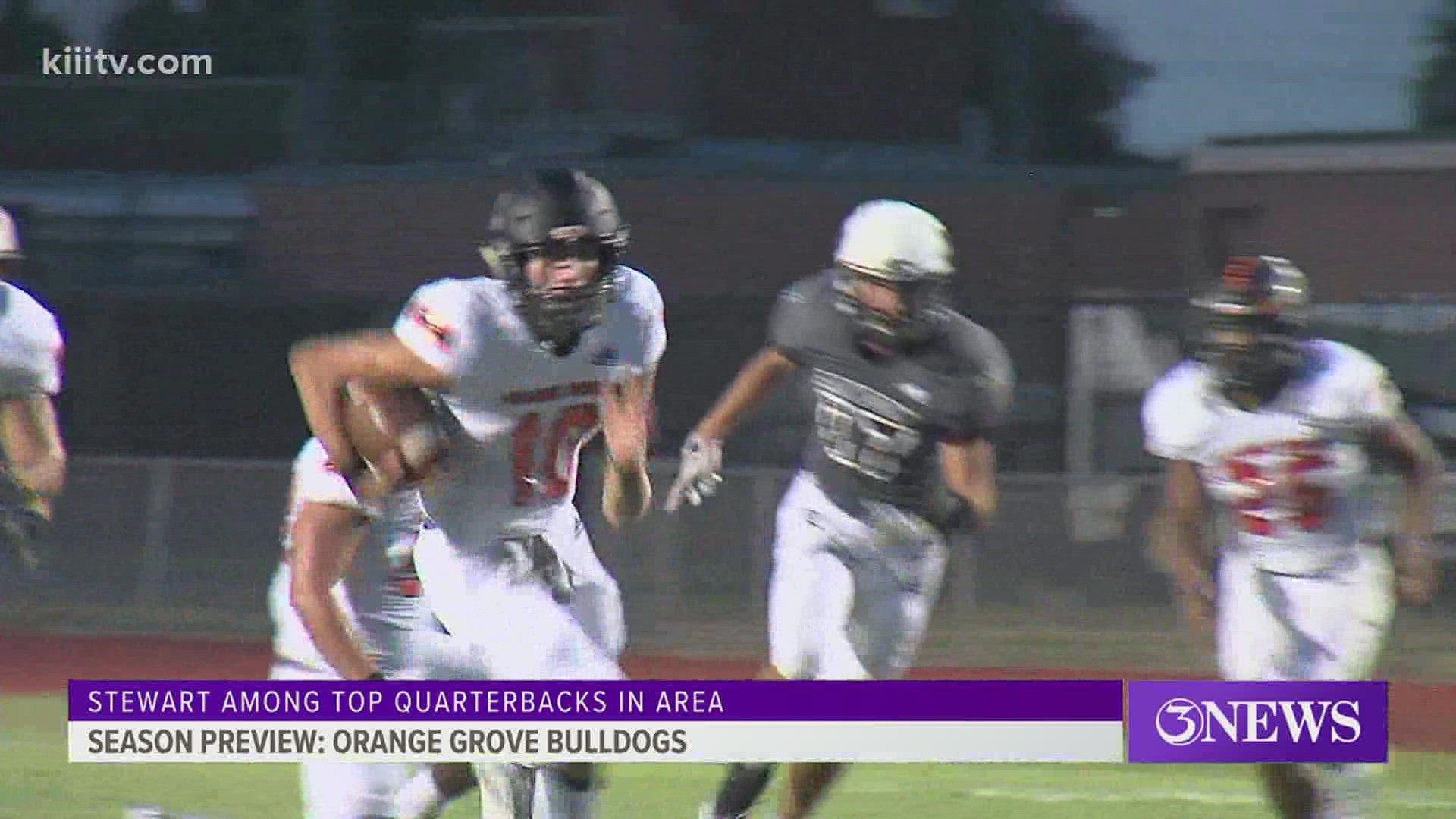 ORANGE GROVE, Texas — The Orange Grove Bulldogs got a taste of a playoff run last year with a trip to the area round, but now they want to take it even further with one of if not the best quarterback in the Coastal Bend.

Junior QB Cutter Stewart is coming off a season where he threw for over 3,400 yards and 39 touchdowns. He was an invitee for the Elite 11 QB Camp and attended an Oklahoma State camp as well.

Stewart will have a bunch of fresh faces around him though with only three other starters on offense. The Bulldogs feature a mostly new offensive line and also lost one of top receivers in the state in Conner Eulenfeld who graduated.

Orange Grove Head Coach Mark Delpercio says it might take a few games for the new starters to get accustomed to the game speed. But he says a quarterback like Stewart should be able to help bring them along quicker than most.