Refugio set to face a familiar foe in State Semifinals

Refugio will have a rematch of the 2017 State Semifinals against San Augustine on Thursday. 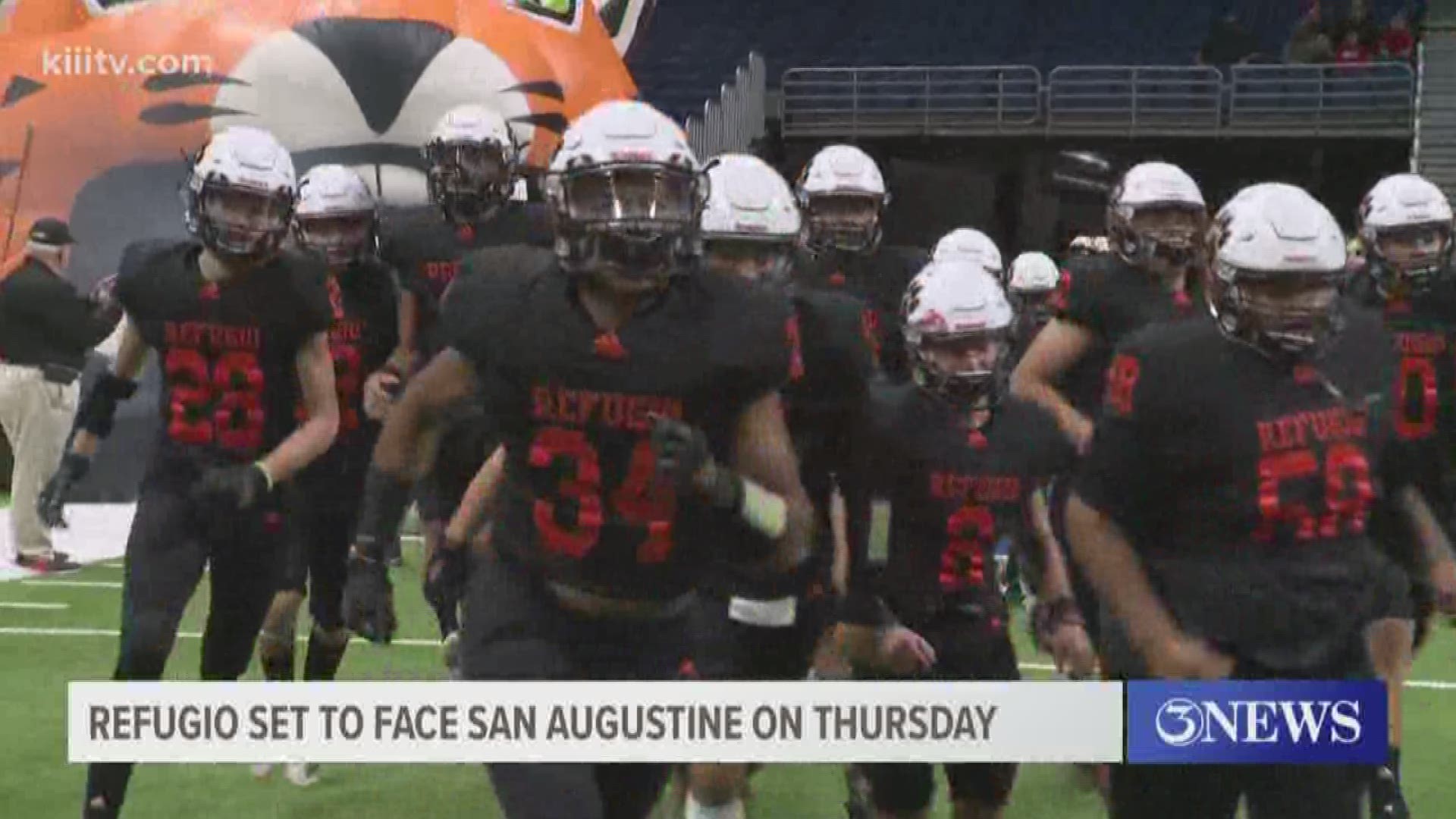 REFUGIO, Texas — One win and a trip to Jerry World for the Refugio Bobcats. This week a matchup with a familiar foe, Refugio set to face San Augustine. If you'll take a trip down memory lane with me, the Bobcats are in the exact same spot they were in 2017.

A game against San Augustine in the semi's to be played at the Berry Center. That game went exactly how the Bobcats would have hoped ending in a win 63-21, but, now we're 24 months later, so the team's are certainly different.

Refugio is firing on all cylinders at this point in the season. Last week dominating a No. 7 Holland team 49-12. Coach Herring calling it the most complete game they've put together all season. This week no different than last, another tough matchup. Most of the time the Bobcats have an edge with postseason experience, this week, coach Herring says that's not the case.

Refugio and San Augustine kickoff at 7 PM this Thursday. We'll have all your coverage of the Bobcats quest to make the state championship right here on Kiii-TV.