The Bobcats were celebrated in style Monday night. 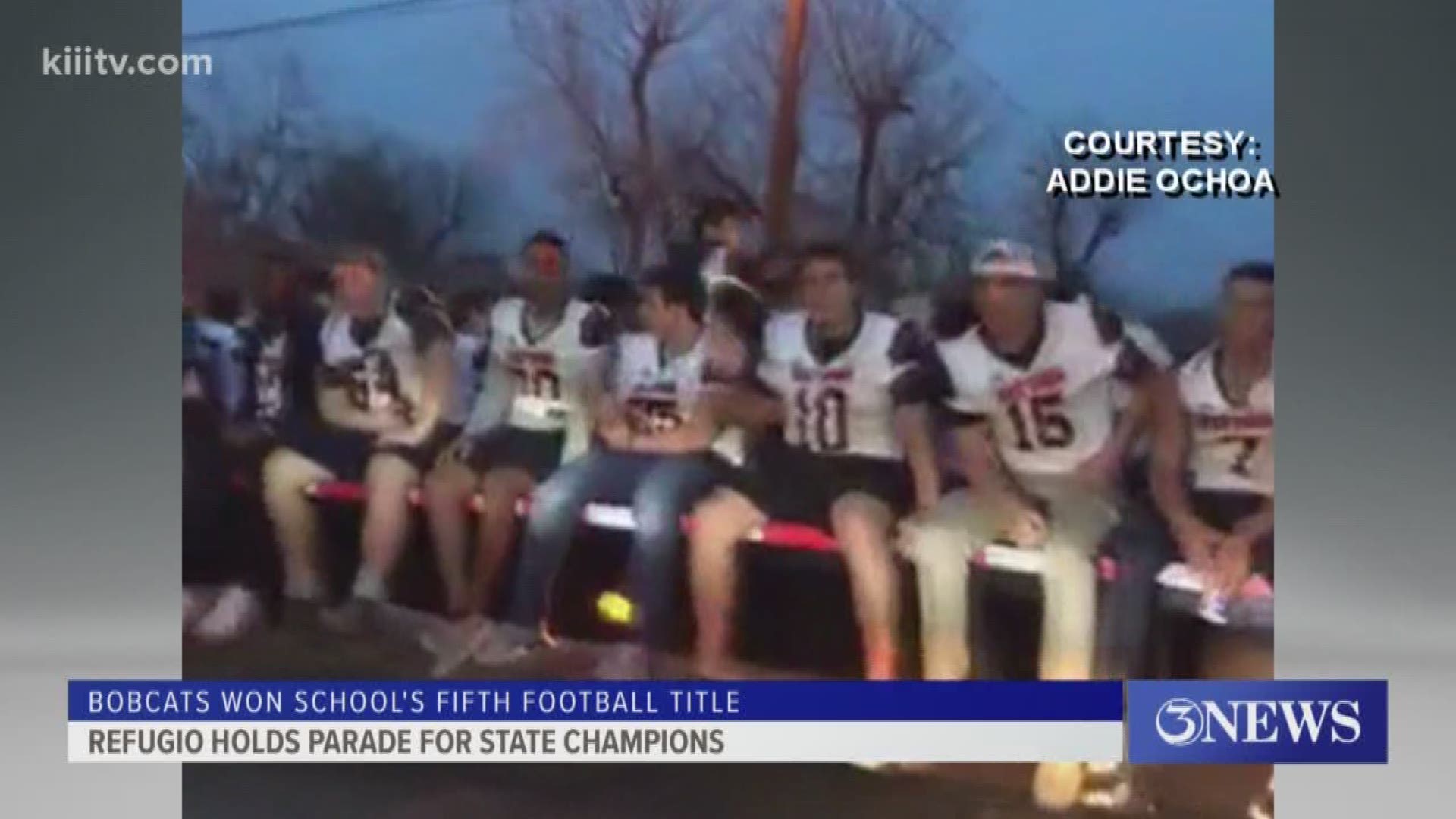 REFUGIO, Texas — The town of Refugio threw a parade for the state champion Bobcats Monday.

The Bobcats' players and coaches were escorted by emergency vehicles as they rode through town with the parade ending at the Refugio Community Center with a big celebration inside.

Refugio won its fifth football state title with a 28-7 win over Post back in December. The Bobcats will get their state championship rings at a later date.