Refugio turns the page from Shiner finish to undefeated Holland

The Bobcats are thankful to be in the state quarterfinals, but need to get it cranked back up for the unbeaten Holland Hornets. 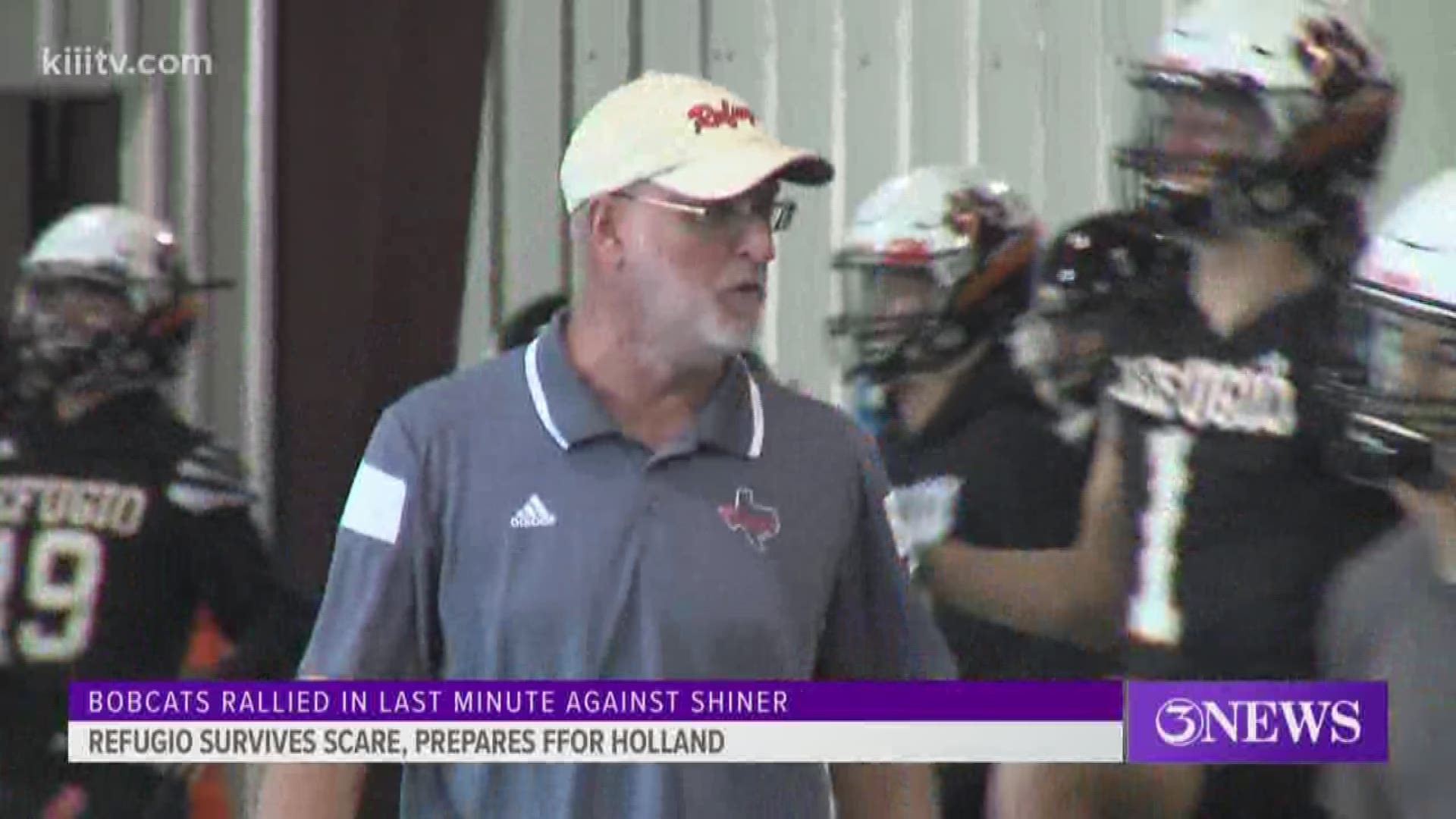 REFUGIO, Texas — The Refugio Bobcats faced arguably their toughest test of the season so far in second-ranked Shiner and pulled off the miraculous finish to advance.

Their prize? Another undefeated team in the state quarterfinals against seventh-ranked Holland. Like Refugio, the Hornets are 13-0 and sport a prolific offense. Holland is scoring just under 44 points a game while Refugio is up over 54 points per game. 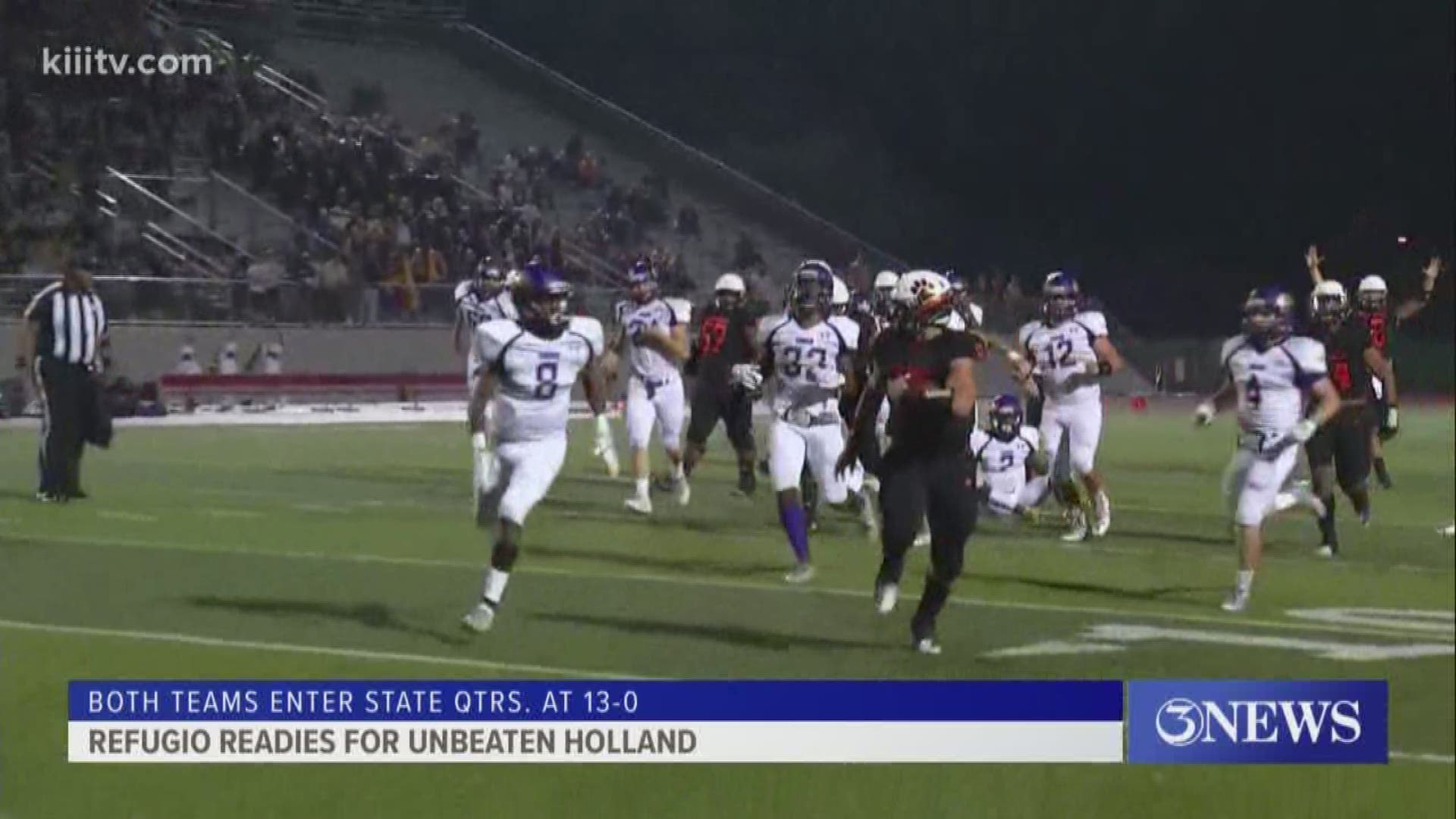 The two face off Thursday at 7:30 PM from the Alamodome.