Rockport-Fulton looking for big run in 2021

The Pirates return 16 total starters as R-F hopes to compete with the top teams in a tough region. 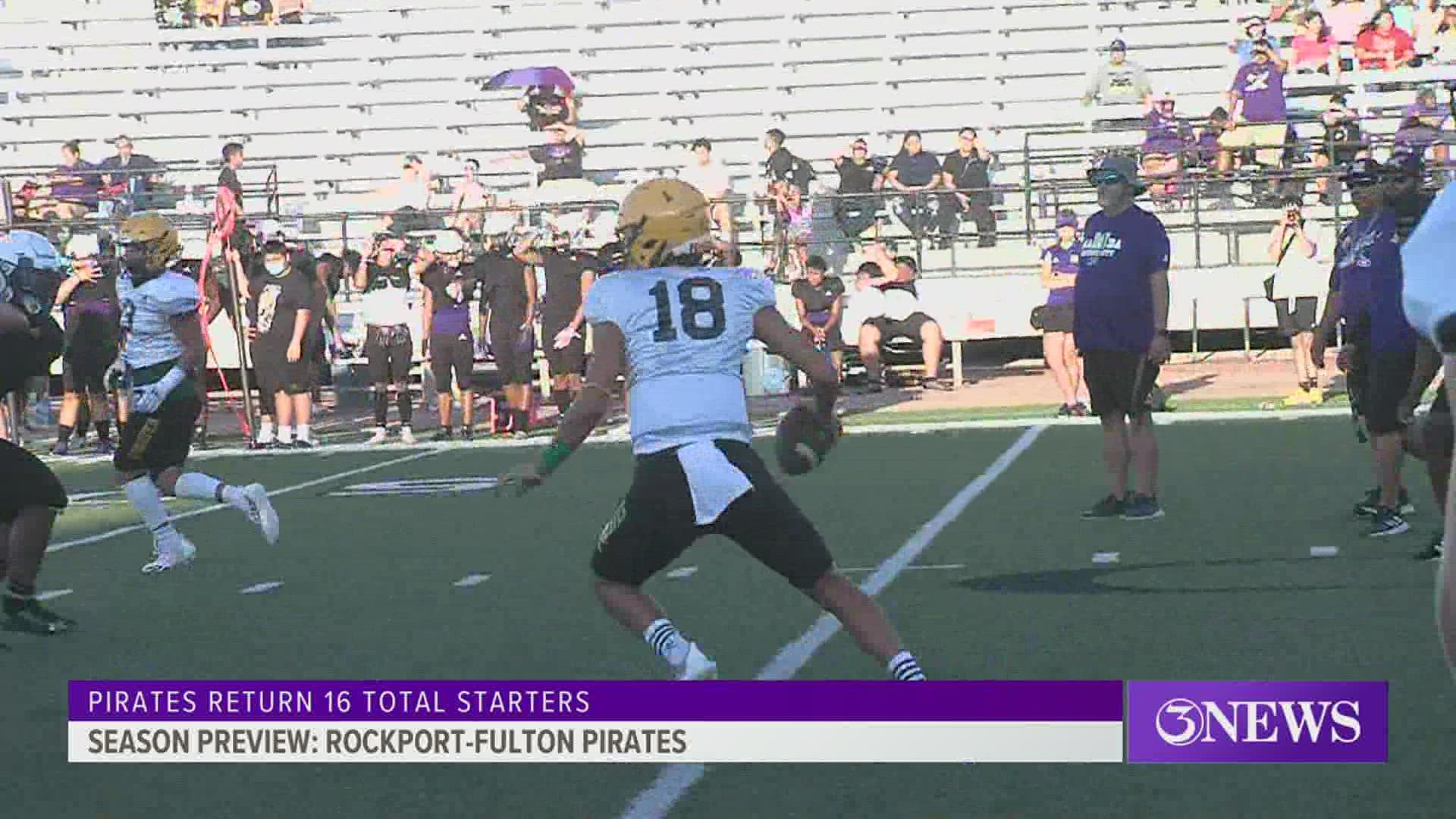 ROCKPORT, Texas — The Rockport-Fulton Pirates are used to being playoff contenders and this season they expect to make a deep run with a ton of returning talent.

That includes sophomore quarterback Ace Seibert, son of Head Coach Jay Seibert. The elder Seibert says his son took the reigns as a freshman and ran with it, improving as the year went along and he saw more game action.

Rockport-Fulton Head Coach Jay Seibert talks about the growth that his quarterback (and son!) Ace Seibert made as a freshman last season.

Seibert is one of 16 total starting positions back for Rockport-Fulton. The Pirates reached the area round and now look to push it even further to compete with some heavyweights in the region like district rival Sinton, Wimberley, Geronimo Navarro and Cuero.

Coach Seibert, look out for that surprise defender/cameraman. 😂

SIGHTS (👀👀) and SOUNDS (🗣️🗣️) from Rockport-Fulton's scrimmage with the Miller Bucs last night!