Skidmore-Tynan Athletic Director Stephen Silva confirmed with 3News on Sunday the school has decided to suspend football and volleyball for at least two weeks. 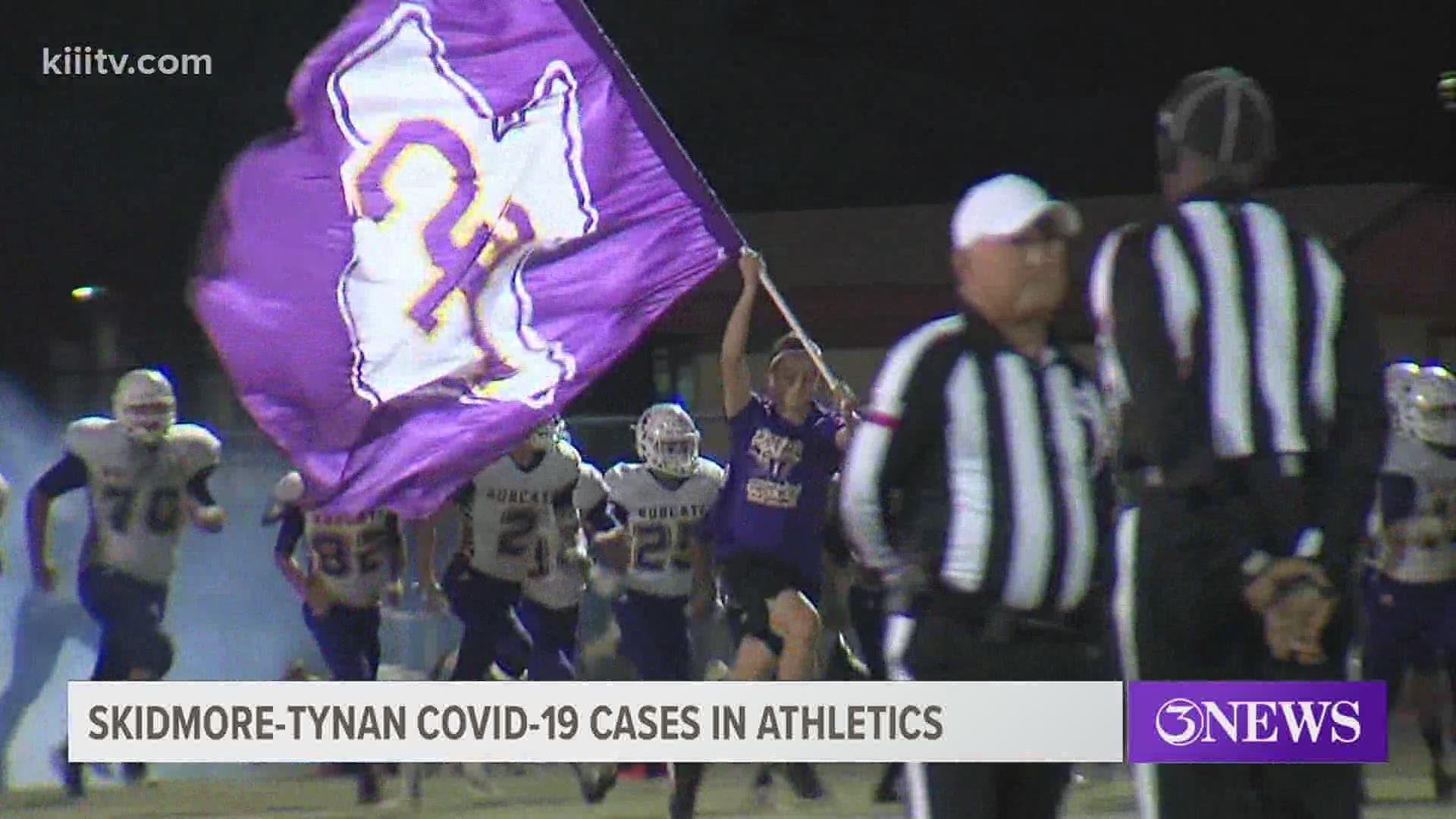 SKIDMORE, Texas — Skidmore-Tynan Athletic Director Stephen Silva confirmed with 3News on Sunday that the school has decided to suspend football and volleyball for at least two weeks after two volleyball players have tested positive for COVID-19 and one football player has been exposed to the virus by a family member.

The suspension of activities means the volleyball team will miss all scheduled games through August 20.

As for football, two full weeks of practice will be missed. According to UIL guidelines the football team does not have to shut down, instead, the athlete exposed would have to quarantine. However, Athletic Director Stephen Silva wants to approach the situation with an abundance of caution.

"We're a small school we don't have a whole lot of kids to begin with. And so, had we delayed our decision it could have very possibly been that, you know, another two or three kids may have tested positive, but we decided in the interest of safety let's go ahead and send everybody home. Quarantine for the 14 days. If somebody does pop up positive at least you're already home and not mixing with other students. And so, you know, for football that was kind of a little bit of a no brainer as far as I was concerned," said Silva.

This of course, is a fluid situation and Skidmore-Tynan is hoping it has limited exposure and can return to practice after two weeks of quarantine.