TAPPS announcing fall sports will not begin until at least September 8th on Friday. 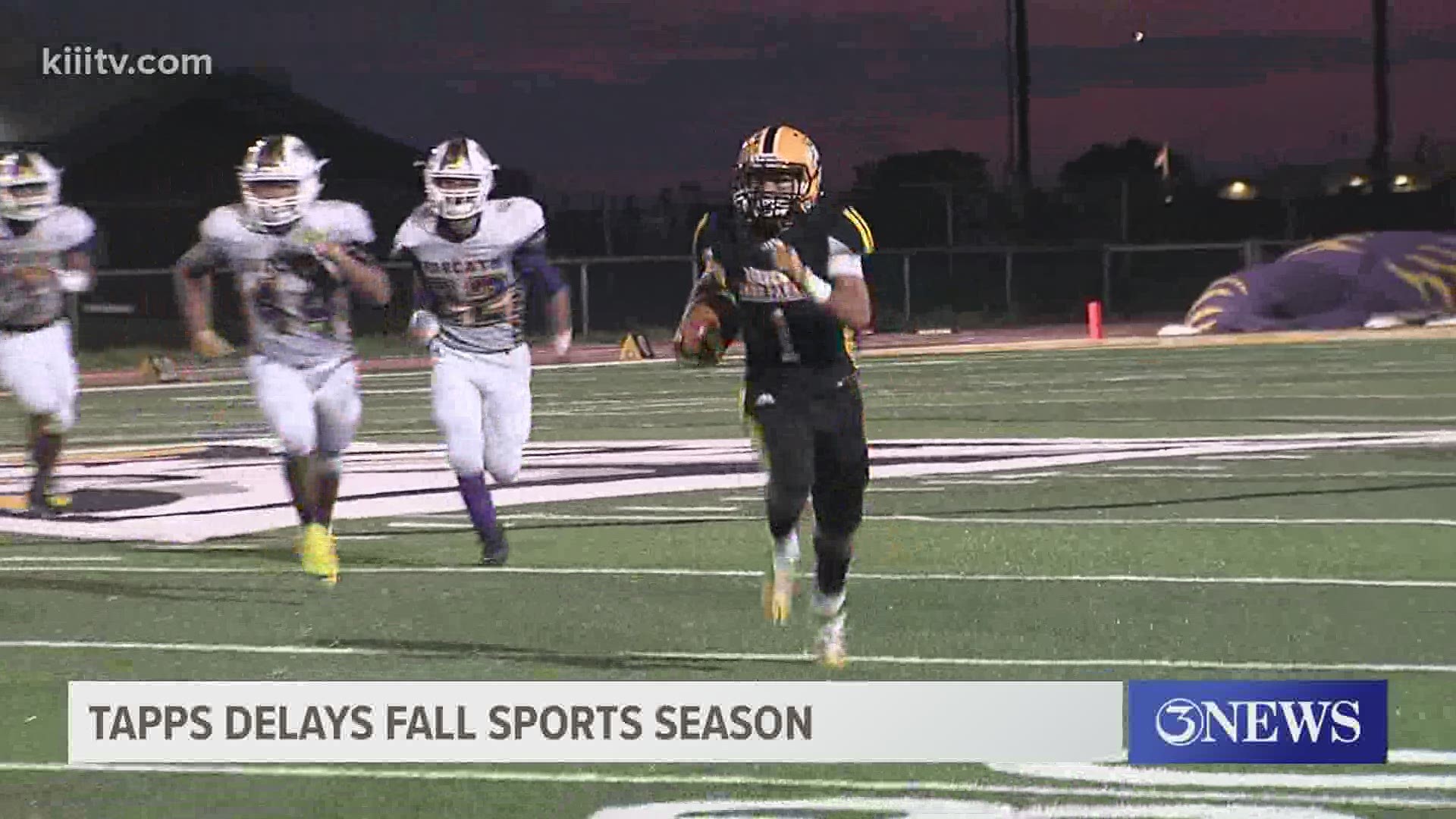 TAPPS governs most private school extracurricular activities in the state of Texas. John Paul II is our local school governed by TAPPS. Fall sports were previously scheduled to begin on August 3rd. With the changes, the first game of the season won't happen until September 28th at this point.

Instead of rescheduling, TAPPS deciding to shorten the season, so the playoffs stand as planned. For John Paul II this means no non-district games.

The Centurions football head coach Andrew Leon was pleased with today's decision. "I just want to applaud TAPPS they kind of just..Kind of took a big step. It seemed like we were waiting on UIL doing things, waiting on the governor, but they kind of took a big step and had a real plan, it wasn't just a date. 'Hey, we're gonna push everything back to this date.' No, they had a full timeline, they had the winter sports for when those are going to start, I mean it made me feel good. Like I said, kind of a glimmer of hope just knowing there's a date there and something I could talk to kids about, I can talk to my coaches about.. Administration.. It's something you can look at and plan accordingly," said Leon.

An interesting note to add here, TAPPS schools are allowed to hold summer workouts while following local guidelines set. So, the decision to do so is at the school districts discretion and the dates could change in the future depending on where the coronavirus pandemic stands come September.