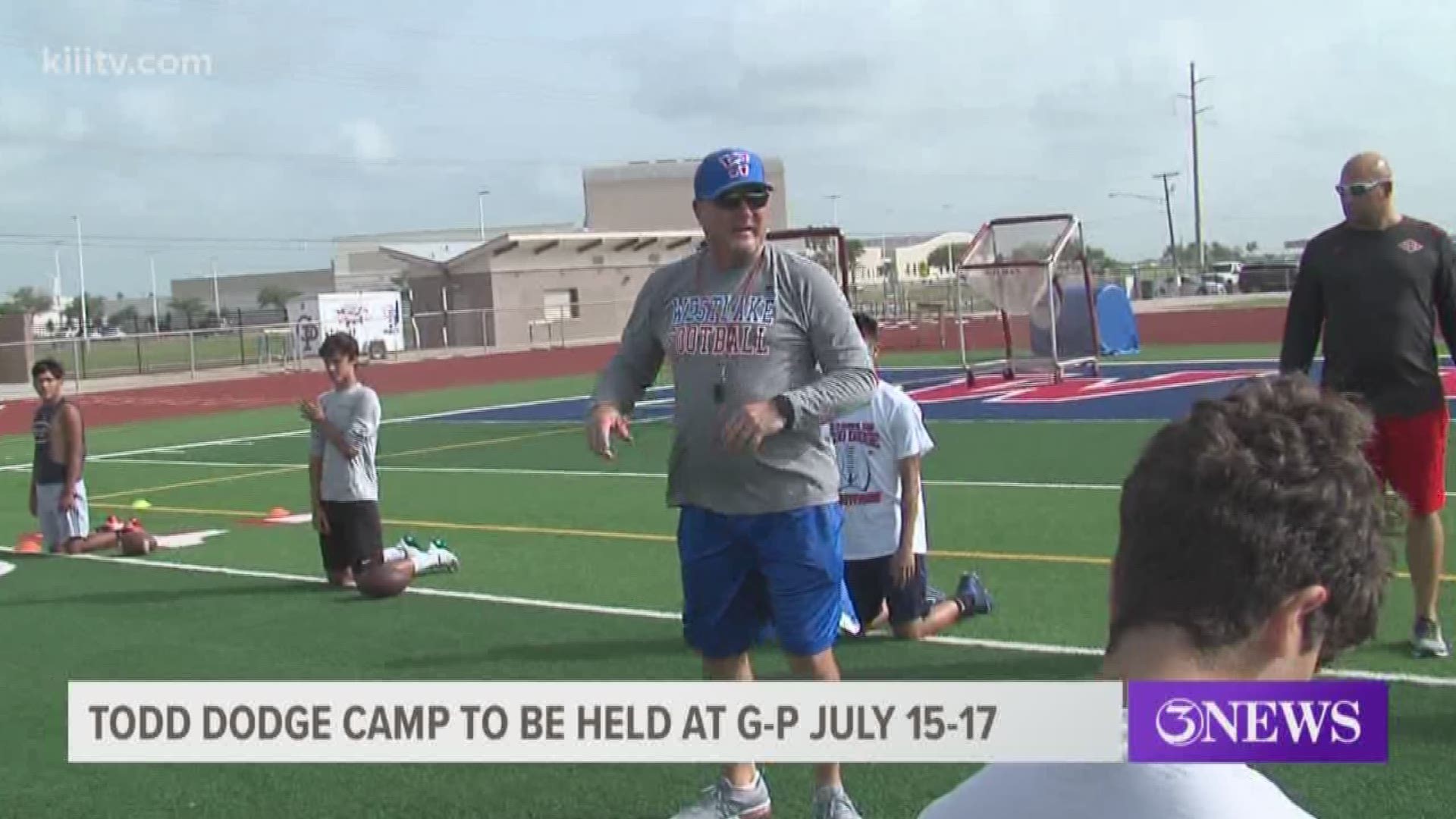 CORPUS CHRISTI, Texas — The Todd Dodge quarterback and receivers camp is coming back to the Coastal Bend! Dodge and his camp will be at Gregory-Portland for the second consecutive year in July. If you're unfamiliar with the name Todd Dodge, he's the head coach at Westlake high in the Austin area. Westlake high school is a team well known across the state for producing quarterbacks such as Drew Brees, Nick Foles, and Sam Ehlinger. Dodge himself played quarterback at the University of Texas and is known as an innovator of the spread offense at the high school level in Texas. The camp is for 5th-12th graders and will be held at Gregory-Portland high school July 15th-17th. So, there's still plenty of time for coaches to get their teams signed up. You can sign up at https://www.todddodgefootballcamp.com/home. We'll have coverage of 7-on-7's from the camp come July.