Tuloso-Midway is coming off a season where the football program showed signs of heading in the right direction, doubling it's win total from 2018. 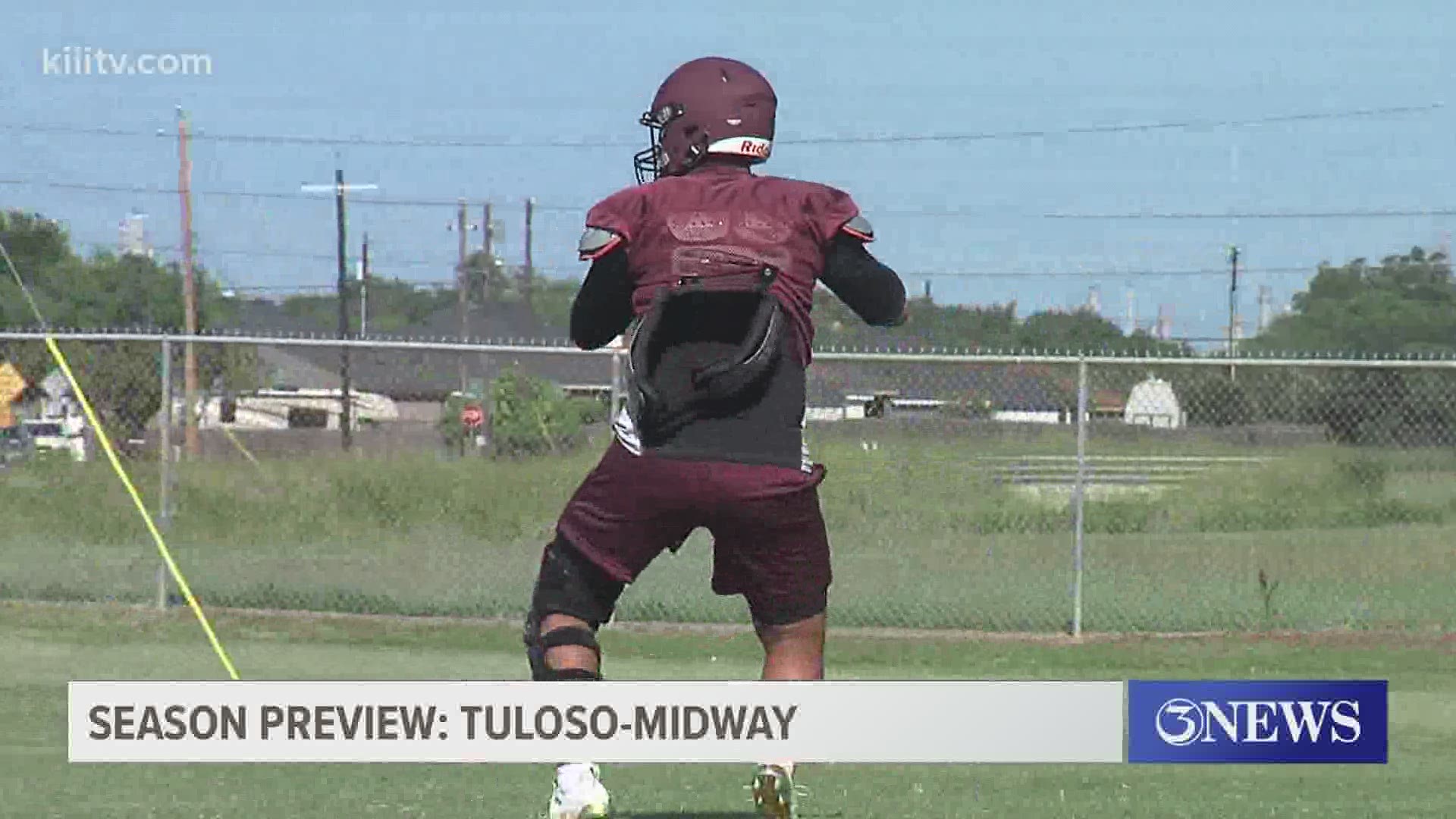 CORPUS CHRISTI, Texas — Tuloso-Midway is coming off a season where the football program showed signs of heading in the right direction, doubling it's win total from 2018.

Head coach Wade Miller says he believes the culture has changed within the program and his Warriors now have a mindset that they can compete against anyone. It's a good thing that's the case because the Warriors dropped down to 4A in district re-alignment, which would seem like a recipe for another improved season.

Problem is, T-M has been placed in one of the toughest districts in the entire state. The new district 15-4A Division I which has teams such as Calallen and Miller.

"You know, it just is what it is and we have to play better. We had a dog fight with Beeville last year, so you know we feel like we can compete with those teams and we feel like we could have the opportunity to beat a couple of them and get in. It's just like, Texas football has ranked as the second toughest district in the state and you know we got to get ready to go," said Miller.

As you can tell, coach Miller is confident his team can win some tough ball games here in 2020.

Dave Campbell's Texas Football has the Warriors finishing in 6th place in the district.