The Eagles never trailed, but had to hold off a Hail Mary by the Bucs as time expired. 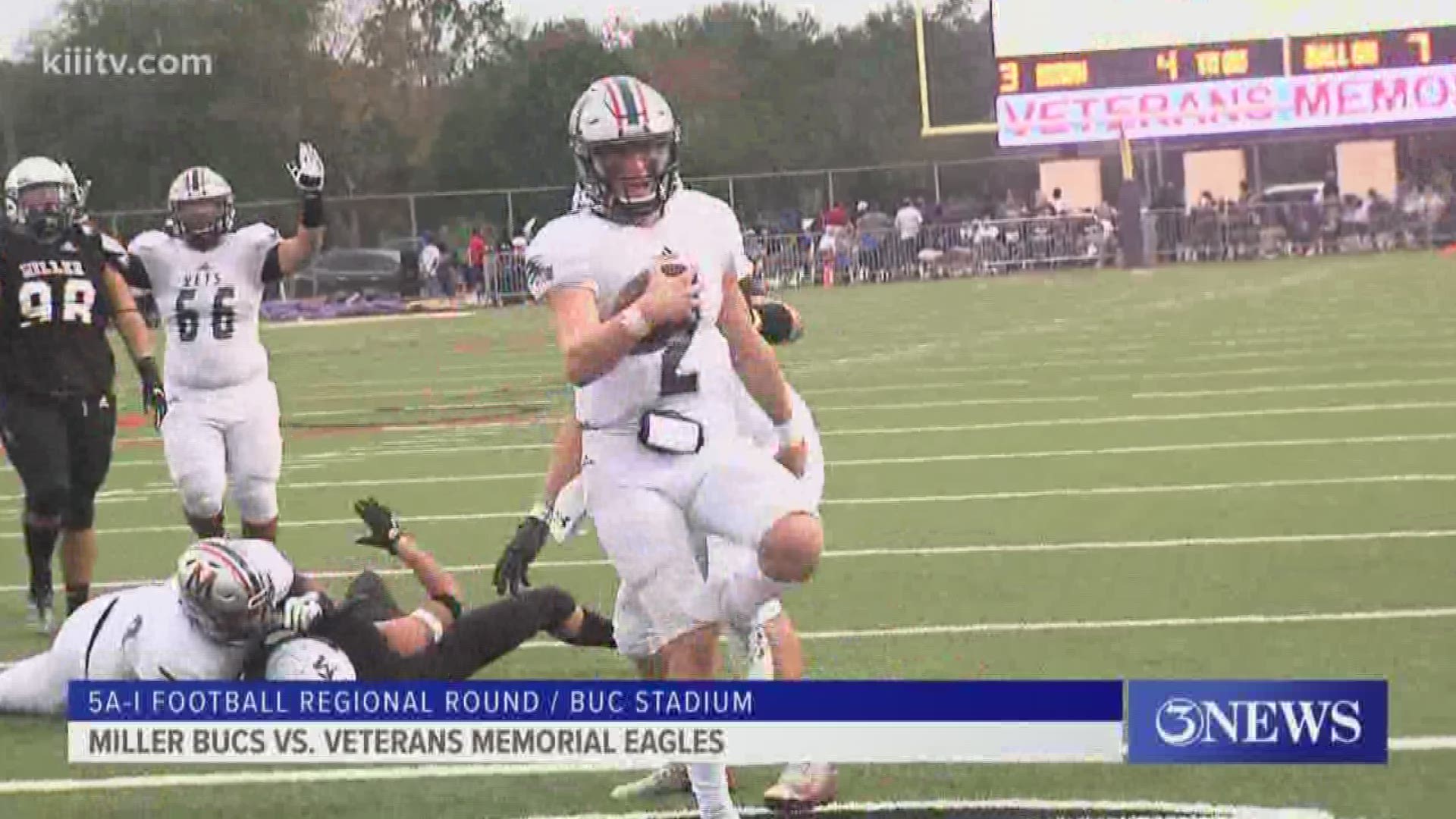 CORPUS CHRISTI, Texas — The Veterans Memorial Eagles are headed to their first ever region final, but it wasn't without a major test from previously undefeated Miller in a 56-49 Vets win.

The Eagles jumped out to 14-0 and 21-7 leads in the first half before Miller rallied to tie the game 21-21 on an Andrew Body rushing touchdown.

Veterans Memorial regained to lead right before the half as quarterback Carter Senterfitt hit Cameron de la Pena for the go-ahead score to make it 28-21 Veterans at the half.

Miller answered after an unusual interception that saw about three separate players touch the ball. The Bucs would tie the game 28-28 with both teams then exchanging scores to send it to the fourth quarter at 35-35.

Veterans Memorial would go up 42-35 on a Senterfitt rushing touchdown and then later 56-42 on another Senterfitt score. But Miller would rally with a touchdown of their own from Body to trim the lead to 56-49 with three minutes to go.

Miller would get a stop and drive to just past midfield with seconds to go. A heave from Body to Adraean Lloyd as time expired was batted away with the Eagles sealing the win.

Veterans Memorial advances to the state quarterfinal next week and will host #7 San Antonio Wagner Friday night at 7:30 PM back at Buc Stadium. Full highlights and reaction will be posted after the 10 PM news.