Simper spent the last 11 years in the Coastal Bend coaching both the Eagles and the Ray Texans. 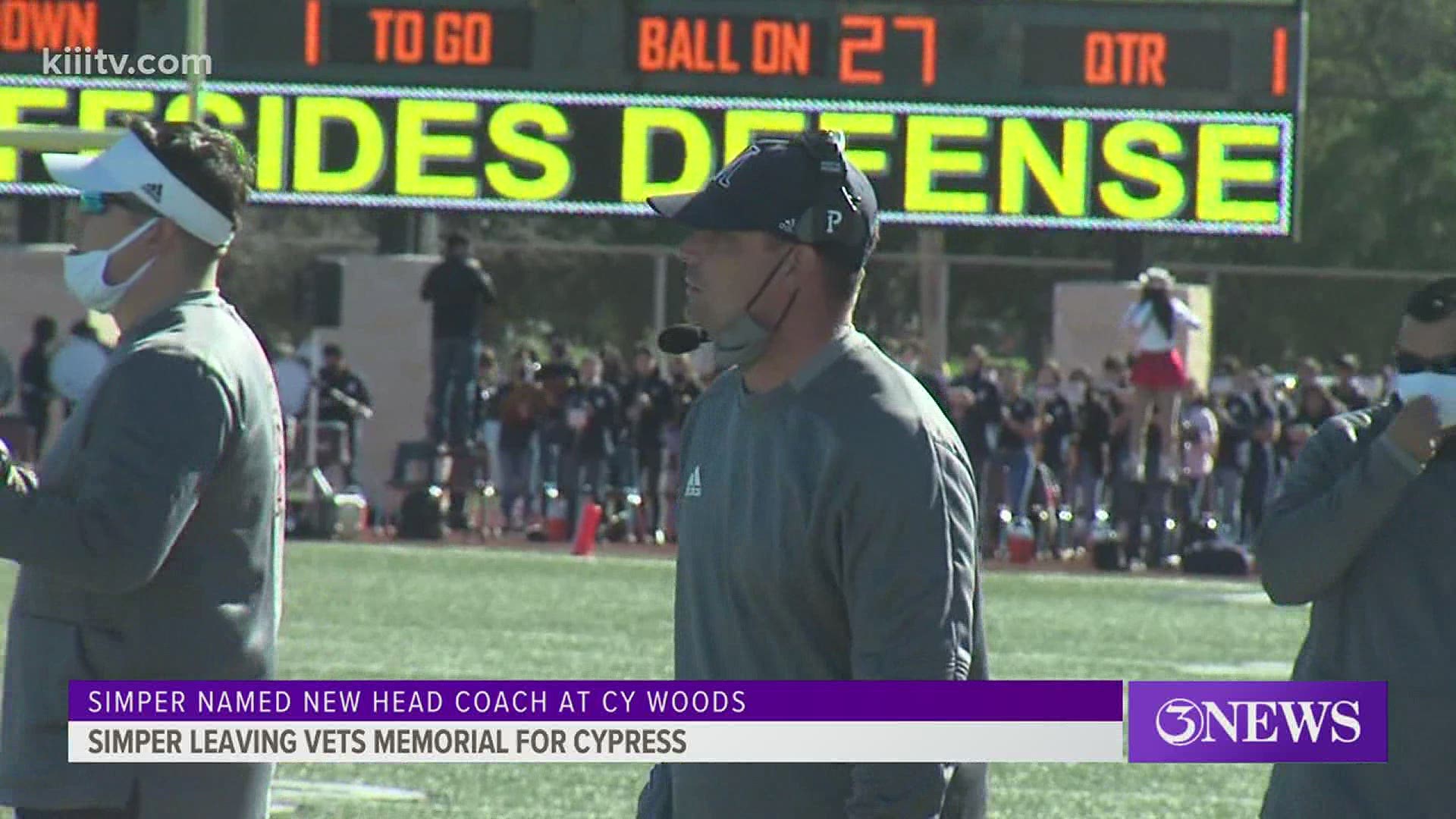 CORPUS CHRISTI, Texas — The Veterans Memorial Eagles and the Coastal Bend are losing one of the area's best coaches as Cody Simper is headed up to the Houston area.

Simper has been named the Head Coach of Class 6A Cypress Woods in Cy-Fair ISD after leading the Eagles to new highs in 2020-2021.

Veterans Memorial reached the 5A-I State Semifinal, falling to Leander Cedar Park. It was the first time a CCISD team had reached a state semifinal since 1963.

Simper leaves after spending the last 11 years in the Coastal Bend as a head coach. He started with the Ray Texans before leaving in 2015 to help start up the Eagles' football program when the school opened. He had an 80-38 career record between the two schools. CCISD has announced it has opened the search to replace Simper.

Taking a look at Cody Simper through some of his 11 years at both Veterans Memorial and Ray.