The Eagles win the "Play of the Year" honor for the first time. 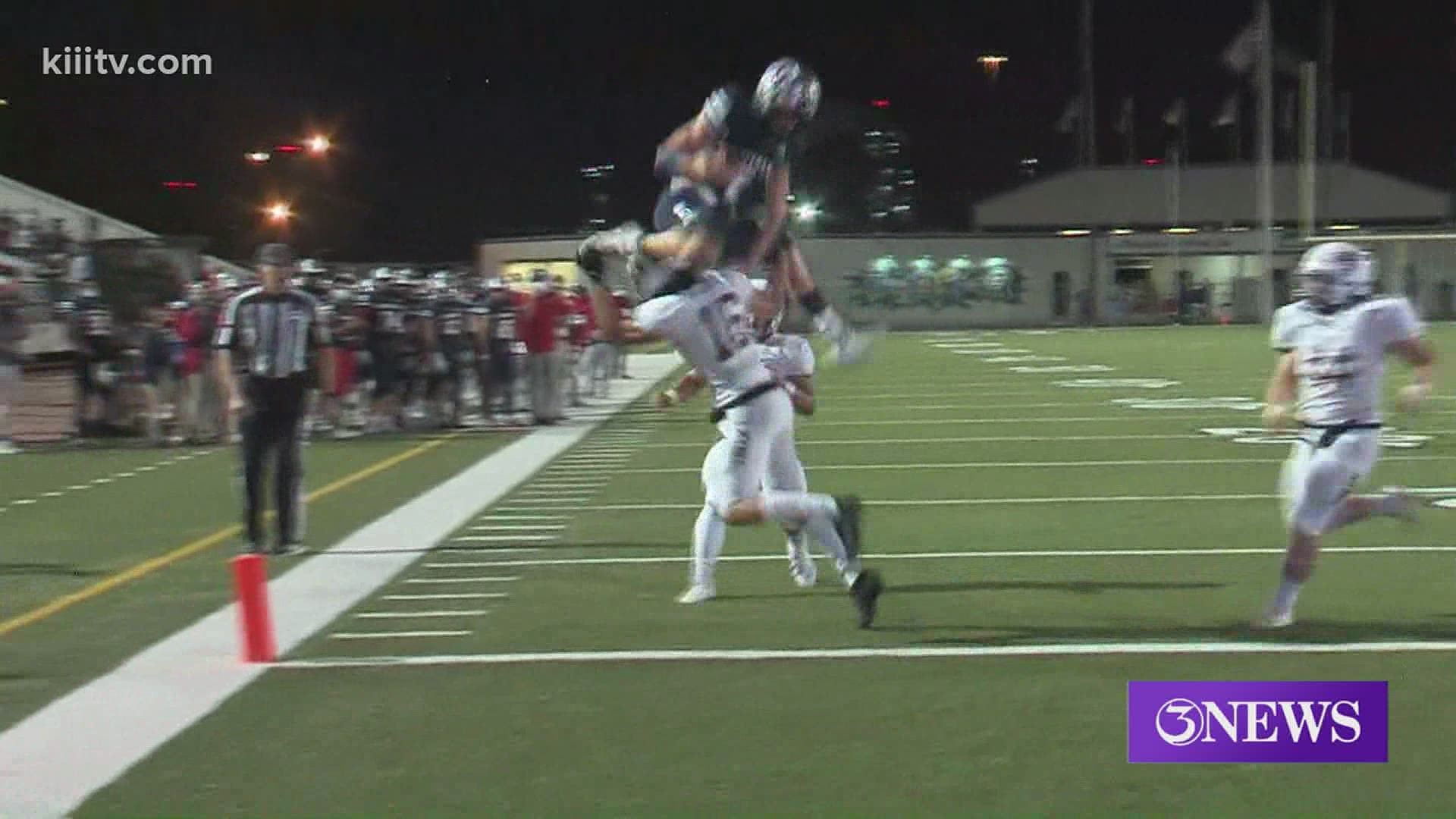 CORPUS CHRISTI, Texas — The Veterans Memorial Eagles' football team added another honor to an already storied season for the program with senior quarterback Carter Senterfitt winning the "golden pigskin" for the Blitz Play of the Year.

Senterfitt won the honor for his hurdle into the endzone in the first matchup against Flour Bluff. Senterfitt and the Eagles would knock off the Hornets en route to the district title and later defeated Flour Bluff a second time in the 5A-I State Quarterfinal.

It was the first time Veterans Memorial has won the Blitz "Play of the Year" honors.