Smithey says his numbers are up in camp and he hopes that not only will his team compete for the playoffs, but they hope to hang with the top dogs as well. 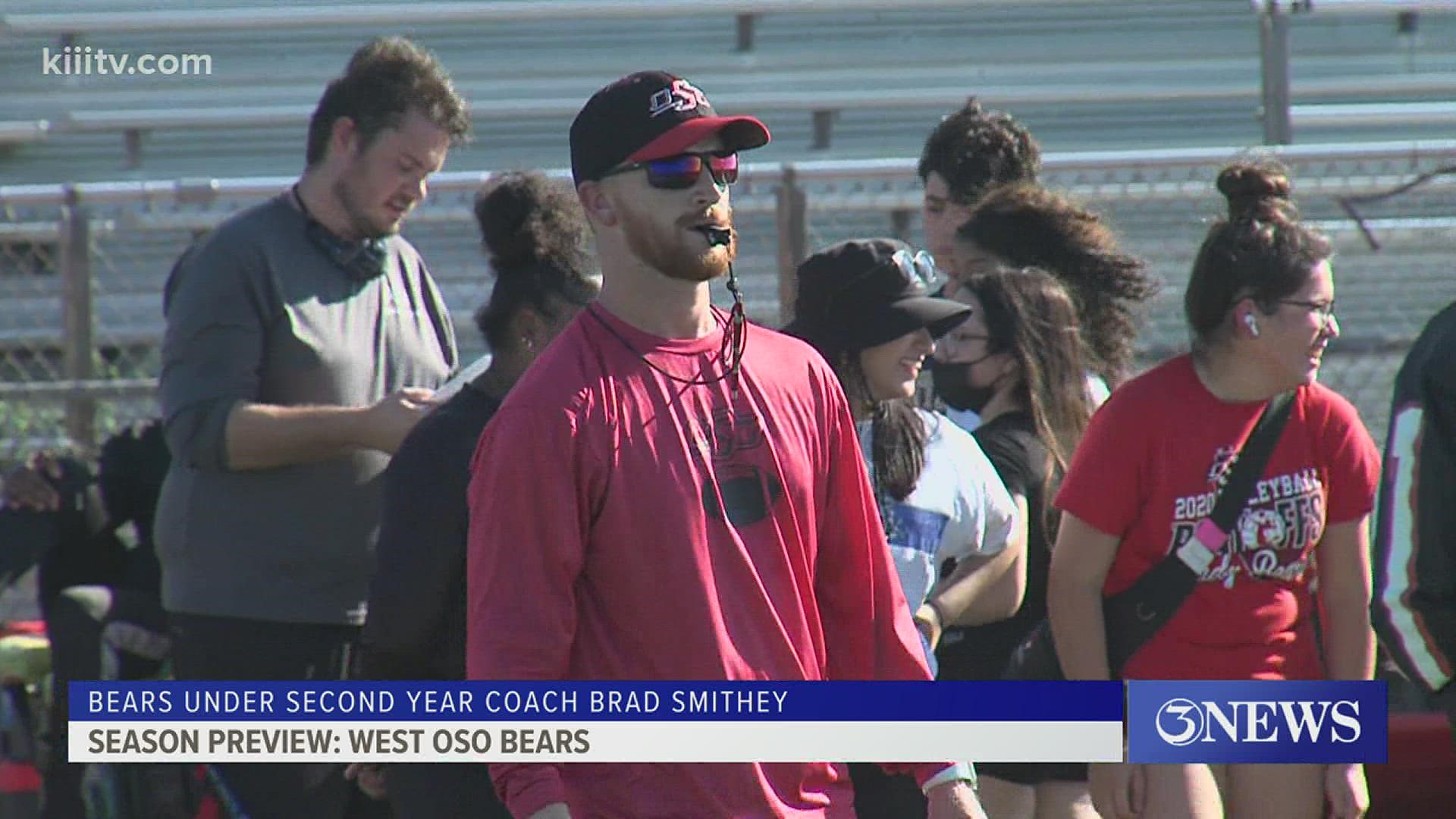 CORPUS CHRISTI, Texas — West Oso not only wants to have a turnaround year under Head Coach Brad Smithey, they want to actually compete at the top of the district.

The Bears struggled with Smithey's new system last year, especially without a full offseason due to COVID. West Oso won a couple of midseason games before struggling in district play.

Now the Bears have 15 starting positions returning and Coach Smithey says his numbers in camp are up, something he hopes will help his team rebound from the 2-8 season in his first go-round.

Spent some time out with the West Oso Bears tonight and here are the SIGHTS AND SOUNDS from Coach Brad Smithey's team!#3SportsBlitz @Kiii3Sports @Kiii3News pic.twitter.com/FuNCueIWKX

The Bears will open the season against the Odem Owls and the Bears will now be hosting that game as the major renovations at Owl Stadium are not yet ready.