The Bears are looking to once again crack the top four in District 16-4A DII. 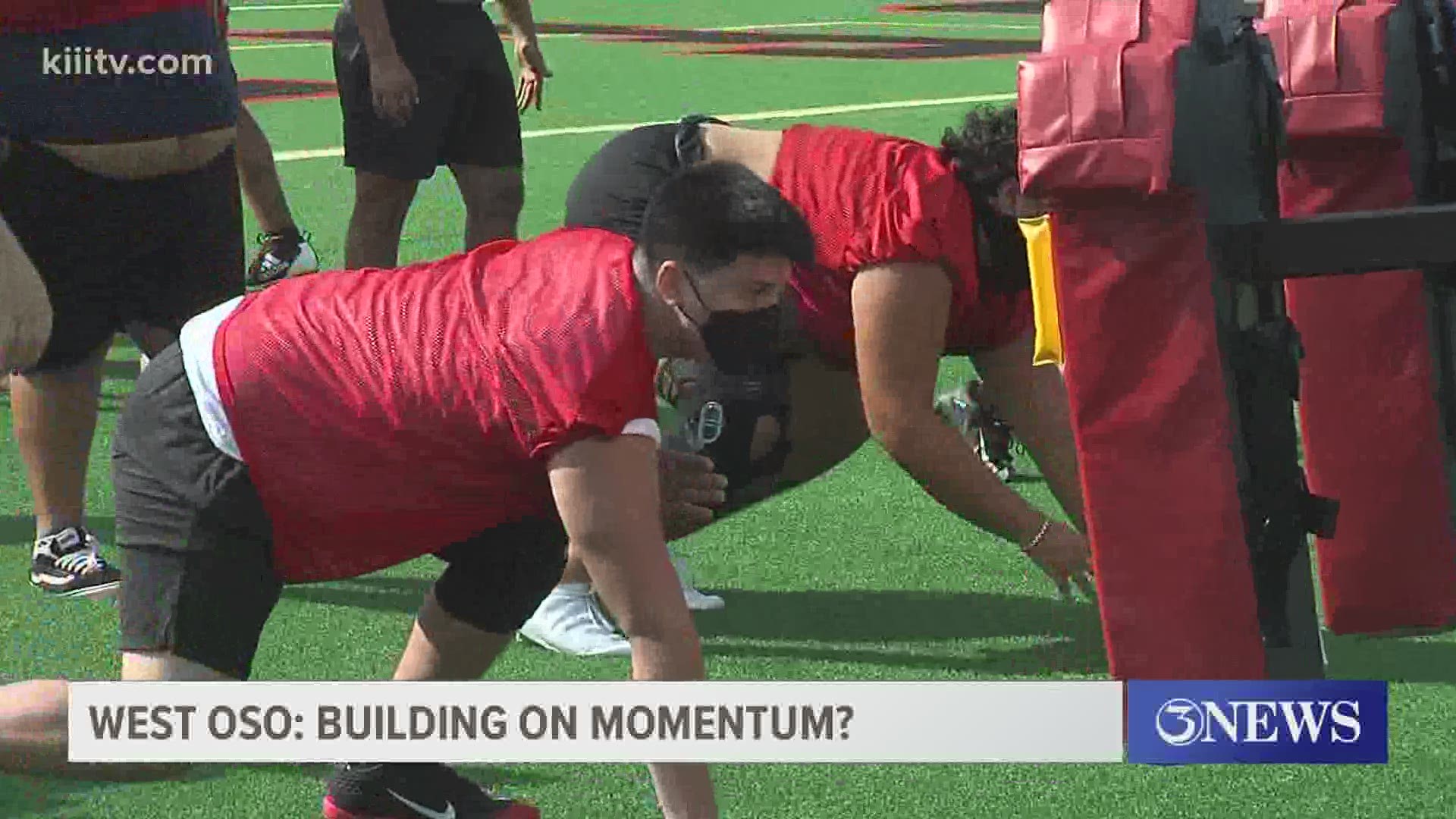 Smithey comes over after serving as the offensive coordinator at Victoria West and also previously working as an assistant with the Green Bay Packers.

👀 and 🗣️ from the West Oso Bears! Be sure and check out the full West Oso preview tonight on @Kiii3News at 10 PM.#SightsAndSounds @Kiii3Sports #3SportsBlitz pic.twitter.com/aDmBJot5Pc

He's told his relatively inexperienced team to just enjoy each moment this season considering the big unknown of playing during the pandemic. Dave Campbell's Texas Football Magazine has the Bears finishing sixth out of eight teams in District 16-4A DII.