The Wildcats are ranked #1 in Class 5A and sit in sole possession of first place in 29-5A. 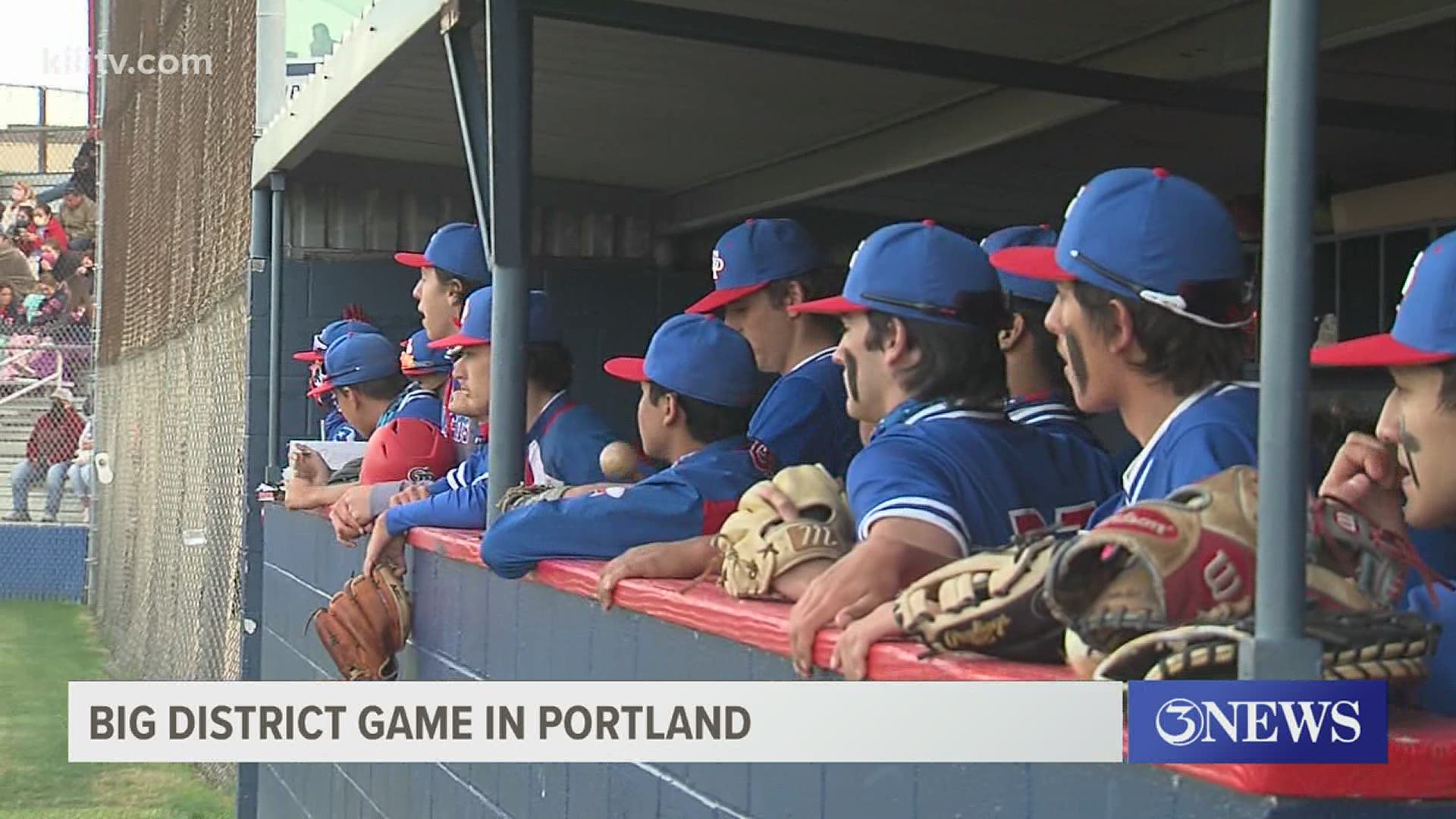 PORTLAND, Texas — The Gregory-Portland Wildcats passed another tough test with an 8-3 district win over Ray Thursday at Wildcat Field.

Top-ranked G-P is unbeaten in 29-5A and overall and on the season. Houston commit Malachi Lott got the win for the Wildcats on the mound after the Wildcats' offense spotted him an early lead with six runs in the first three innings.

Headed over the bridge for the third stop tonight: the #1 ranked team in 5A the Gregory Portland Wildcats are putting their unbeaten record on the line against Ray.