Andrew Garcia would go on to win one of three scholarships honoring the former Army corporal killed in Iraq in 2006. 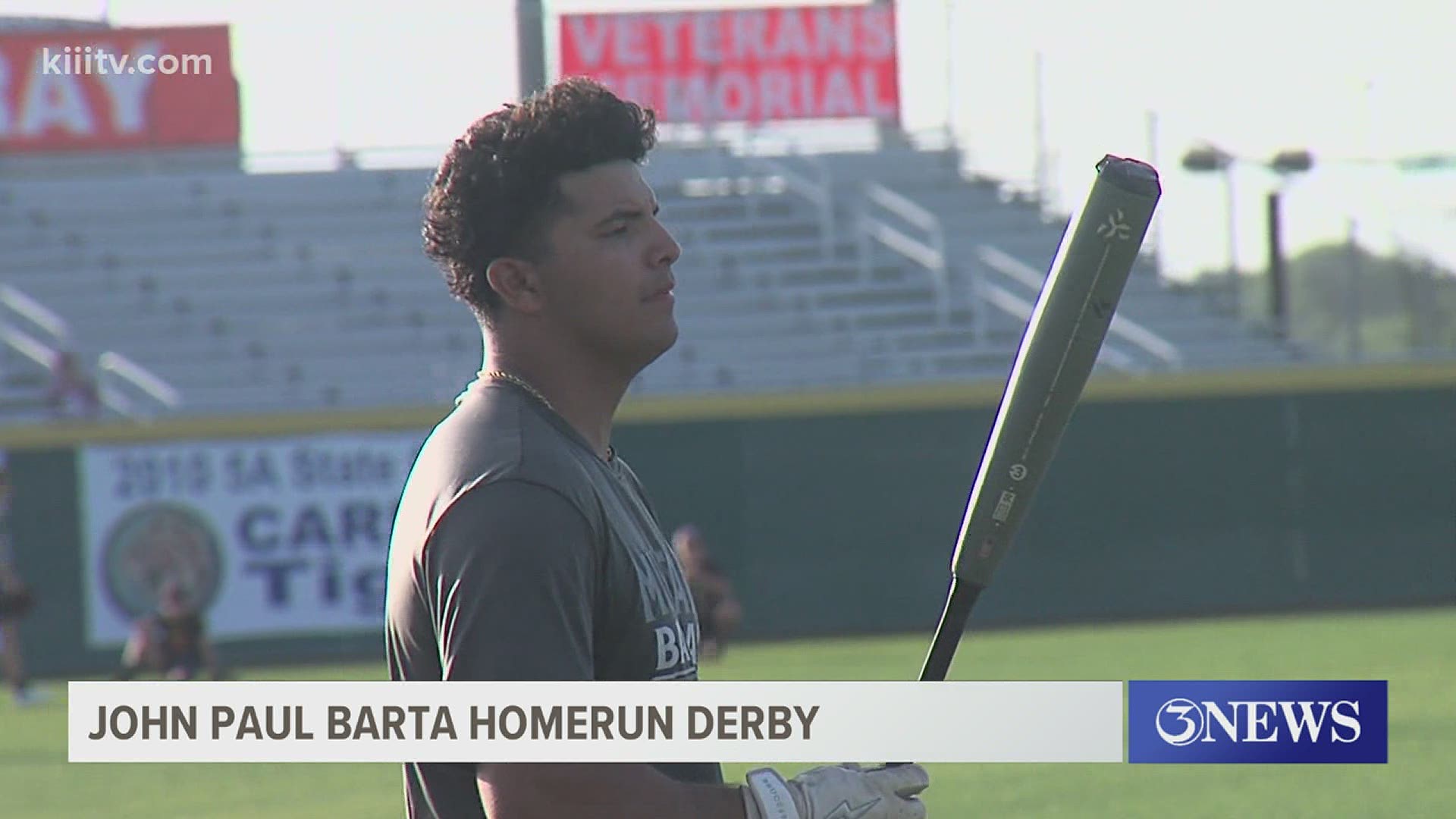 CORPUS CHRISTI, Texas — The homeruns were flying out Friday at Cabaniss as the King Mustangs' Andrew Garcia would win the John Paul Barta Homerun Derby.

Garcia would make it two straight Mustangs to win the derby after Jacob Garza won back in 2019 and the 2020 version was canceled due to COVID-19.

Garcia edged out Gregory-Portland's Walker Janek and Tuloso-Midway's Cristian Benavides in the final round. All three won scholarships with Garcia winning $1,500, Janek getting $1,000 for second place and Benavides getting $500 for third.

Friday's derby and Saturday's golf tournament honor the former Flour Bluff Hornet and Army Corporal John Paul Barta, who was killed in action in Iraq in 2006.

Here are the participants in the John Paul Barta HR Derby. Coverage tonight!